Safety Score: 3,3 of 5.0 based on data from 9 authorites. Meaning please reconsider your need to travel to Costa Rica.

San José in San José (Provincia de San José) with it's 335,007 residents is a town located in Costa Rica. It's the capital of this country.

Time in San José is now 07:12 AM (Thursday). The local timezone is named America / Costa Rica with an UTC offset of -6 hours. We know of 8 airports nearby San José. The closest airport in Costa Rica is Tobias Bolanos International Airport in a distance of 4 mi (or 7 km), North-West. Besides the airports, there are other travel options available (check left side).

There are two Unesco world heritage sites nearby. The closest heritage site in Costa Rica is Area de Conservación Guanacaste in a distance of 67 mi (or 107 km), North. We collected 1 points of interest near this location. Need some hints on where to stay? We compiled a list of available hotels close to the map centre further down the page.

Being here already, you might want to pay a visit to some of the following locations: San Pedro, Heredia, Alajuela, Cartago and Monterrey. To further explore this place, just scroll down and browse the available info. 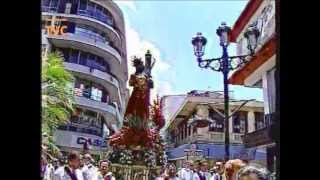 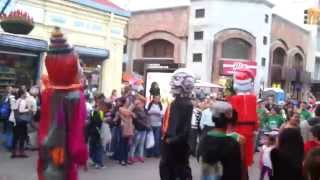 It is San José, capitol of my beautiful Costa Rica. It was recorded on december 16° of 2014. You can watch many mask that represent some people. The group of masks are called "Mascaradas"... 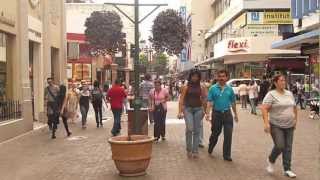 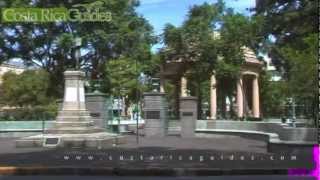 This tour immerses you in the rich Costa Rican culture and history by experiencing the beautiful museums and historical sites of San José. It begins with an orientation and drive through the... 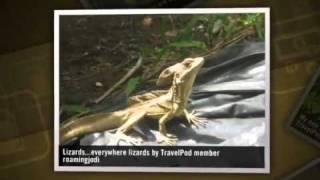 Preview of Roamingjodi's blog at TravelPod. Read the full blog here: http://www.travelpod.com/travel-blog-entries/roamingjodi/1/1223904660/tpod.html This blog preview was made by TravelPod... 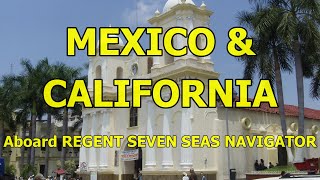 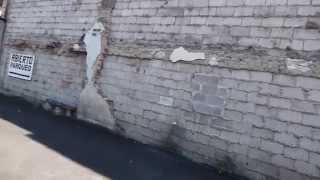 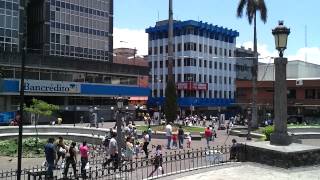 Standing in the center of the square you can observe the various stores, San Jose's Metropolitan cathedral, and maybe catch a glimpse of a performing clown, for la ninas. 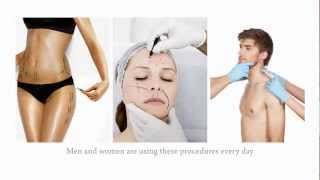 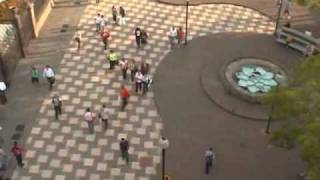 Start of our vacation in Costa Rica. A stroll through the City Centre, the Market and a couple of Museums, before we left the next day for the splendid Costa Rican nature.

San José is the name of the first canton in the province of San José in Costa Rica. The canton covers an area of 44.62 km² and has a population of 288,054 (6,455.71 inhabitants per km²). It includes the national capital city of San José. The canton lies on a fertile plain at the southern end of the Central Valley (Meseta Central). The "Río Virilla" and "Río Torres" form the border on the north, while the Río Tiribí marks the southern boundary.

Merced District, the second "distrito" of San José Canton, in Costa Rica, is one of the four administrative units that form San José downtown properly. This division is merely commercial, but covers an important part of "josefino" life and activities.

Hatillo is the tenth district in San José Canton, the second highest of 470 districts in population density in Costa Rica, after Tibás's León XIII District.

San Sebastian District is one of eight districts of the province Cusco in Peru.

San José Central Market is the largest market of the city of San José, Costa Rica. Established in 1880, it occupies an entire block on Avenida Central, 250m northwest of the Parque Central. The market contains a complex of narrow alleys with over 200 shops, stalls, and cheap restaurants called sodas.

The Civil Aviation Direction General (Spanish: Dirección General de Aviación Civil, DGAC) is the civil aviation authority of Costa Rica. It oversees all aspects of civil aviation operations and infrastructure within the country. The body was created by law on 26 October 1949. Its headquarters is in San José.

Not to be confused with the defunct Chinatown of San Jose, California Chinatown in San José, is an urban area located in the capital of Costa Rica. It is the first of its kind in a Central American city. The area began to develop as a commercial center during the last decades of the twentieth century, basically with the advent of supermarkets, shops and some restaurants whose owners are Chinese. The neighborhood was officially opened on Wednesday 5 December 2012.

These are some bigger and more relevant cities in the wider vivinity of San José.