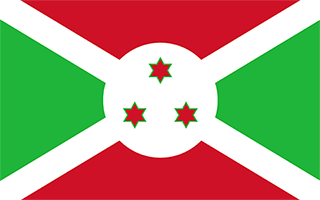 Safety Score: 4,6 of 5.0 based on data from 9 authorites. Meaning it is not safe to travel Burundi.

Burundi with its capital Bujumbura is located in Africa (Central Africa, east of the Democratic Republic of the Congo). It covers some 27,831 square kilometers (slightly smaller than Maryland) with 11,466,800 citizens. French and Rundi are the common languages used in Burundi. Democratic Republic of the Congo, Rwanda and Tanzania are bordering countries. 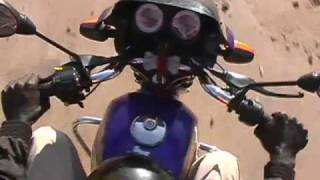 Burundi is landlocked, though much of the southwestern border is adjacent to Lake Tanganyika. It is one of the ten poorest countries in the world and it has the lowest per capita GDP of any nation in the world. Burundi has a low GDP rate is because of civil wars, corruption, poor access to education, political instability and the effect of HIV/AIDS. Despite its struggles, it offers a great choice of national parks. The Natural Reserve of Rusizi will most likely be your first visit in Burundi for the simple reason that it is very near to the capital city of Bujumbura. All nationalities require a visa to visit Burundi except citizens of Uganda. A visa costs US$80 on arrival at the airport or can be obtained from embassies prior to travel.

The topography is hilly and mountainous, dropping to a plateau in east, some plains. The average density of population is about 412 per km². The climate in Burundi can be described as equatorialhigh plateau with considerable altitude variation (772 m to 2,670 m above sea level), average annual temperature varying with altitude from 23 to 17 degrees Celsius but being generally moderate as the average altitude being about 1,700 m, average annual rainfall being about 150 cm, two wet seasons (February to May and September to November), and two dry seasons (June to August and December to January). Potential natural disasters are drought, flooding and landslides.

To reach someone Burundi dial +257 prior to a number. The local cellular networks are operated on 900 MHz, 1800 MHz, 3G, 4G. Websites typically end with the top level domain ".bi". If you want to bring electric appliances (e.g. battery chaarger), keep in min the local 220 V - 50 Hz (plugs: C, E). The sign for the locally used currency Franc is BIF.

Divided by a white diagonal cross into red panels (top and bottom) and green panels (hoist side and fly side) with a white disk superimposed at the center bearing three red six-pointed stars outlined in green arranged in a triangular design (one star above, two stars below); green symbolizes hope and optimism, white purity and peace, and red the blood shed in the struggle for independence; the three stars in the disk represent the three major ethnic groups: Hutu, Twa, Tutsi, as well as the three elements in the national motto: unity, work, progress.

Burundi is a small country in East Africa bordered by Tanzania, Rwanda, and Lake Tanganyika. Burundi gained its independence from Belgium in 1962. Much of its history has been turbulent, and Burundi's first democratically elected president was assassinated in October 1993 after only 100 days in office. The internationally brokered Arusha Agreement ended the 1993-2005 civil war, paving the way for a new constitution and 2005 elections. Pierre NKURUNZIZA was elected president in 2005 and 2010 and again in a controversial election in 2015. Burundi continues to face many political and economic challenges.