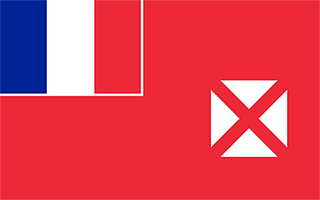 Wallis and Futuna
in Polynesia
Oceania

Wallis and Futuna with its capital Mata-Utu is located in Oceania (Oceania, islands in the South Pacific Ocean). It covers some 143 square kilometers (1.5 times the size of Washington, DC) with 15,714 citizens. French is the official language used in Wallis and Futuna. Thiscountry has no land-based border with any other country.

Wallis and Futuna is an overseas community of France consisting of two small island groupings in Polynesia, near Fiji and Samoa. The islands are volcanic in origin, with low hills, and fringing reefs. The highest point is Mont Singavi, at 765 m. The climate is tropical: hot, rainy season (November to April); cool, dry season (May to October); rains 2,500-3,000 mm per year (80% humidity); average temperature 26.6 degrees C.

Popular Destinations in Wallis and Futuna

Administrative regions of Wallis and Futuna

The topography is volcanic origin with low hills. The average density of population is about 111 per km². The climate in Wallis and Futuna can be described as tropicalhot, rainy season (November to April), cool, dry season (May to October), rains 250-300 cm per year (80% humidity), average temperature 26.6 degrees Celsius. Potential natural disasters are cyclones tsunamis

To reach someone Wallis and Futuna dial +681 prior to a number. The local cellular networks are operated on 900 MHz. Websites typically end with the top level domain ".wf". If you want to bring electric appliances (e.g. battery chaarger), keep in min the local . The sign for the locally used currency Franc is XPF.

Unofficial, local flag has a red field with four white isosceles triangles in the middle, representing the three native kings of the islands and the French administrator; the apexes of the triangles are oriented inward and at right angles to each other; the flag of France, outlined in white on two sides, is in the upper hoist quadrant.

The Futuna island group was discovered by the Dutch in 1616 and Wallis by the British in 1767, but it was the French who declared a protectorate over the islands in 1842, and took official control of them between 1886 and 1888. Notably, Wallis and Futuna was the only French colony to side with the Vichy regime during World War II, a phase that ended in May of 1942 with the arrival of 2,000 American troops. In 1959, the inhabitants of the islands voted to become a French overseas territory and officially assumed this status in July 1961.