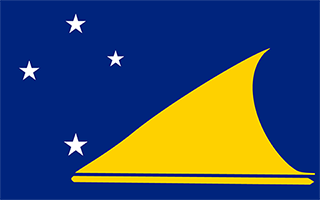 Tokelau with its capital Nukunonu is located in Oceania (Oceania, group of three atolls in the South Pacific Ocean). It covers some 13 square kilometers (about 17 times the size of the National Mall in Washington, DC) with 1,285 citizens. English is the language commonly spoken used by the people in Tokelau. This country shares no land borders with another country.

Tokelau is in Polynesia, a group of three atolls about half way between Hawaii to New Zealand.

The landscape is low-lying coral atolls enclosing large lagoons. The average density of population is about 107 per km². The climate in Tokelau can be described as tropical with moderated by trade winds (April to November). Potential threats by nature are lies in Pacific cyclone belt.

To reach someone Tokelau dial +690 prior to a number. The local cellular networks are operated on 900 MHz, 4G. Websites typically end with the top level domain ".tk". If you want to bring electric appliances (e.g. battery chaarger), keep in min the local 230 V - 50 Hz (plugs: I). The sign for the locally used currency Dollar is NZD.

A yellow stylized Tokelauan canoe on a dark blue field sails toward the manu - the Southern Cross constellation of four, white, five-pointed stars at the hoist side; the Southern Cross represents the role of Christianity in Tokelauan culture and, in conjunction with the canoe, symbolizes the country navigating into the future; the color yellow indicates happiness and peace, and the blue field represents the ocean on which the community relies.

Originally settled by Polynesian emigrants from surrounding island groups, the Tokelau Islands were made a British protectorate in 1889. They were transferred to New Zealand administration in 1925. Referenda held in 2006 and 2007 to change the status of the islands from that of a New Zealand territory to one of free association with New Zealand did not meet the needed threshold for approval.