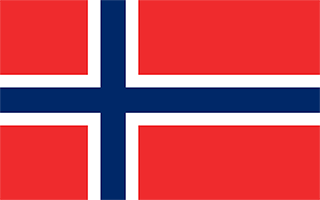 Svalbard and Jan Mayen with its capital Longyearbyen is located in Europe (Northern Europe, islands between the Arctic Ocean). It covers some 62,046 square kilometers (slightly smaller than West Virginia) with 2,583 citizens. Norwegian and Russian are the common languages used in Svalbard and Jan Mayen. Thiscountry has no land-based border with any other country.

Svalbard and Jan Mayen are islands between Greenland and Norway in the Arctic Ocean. There are no public accommodations on Jan Mayen.

The topography is rugged mountains with much of the upland areas are ice covered, west coast clear of ice about half the year as well as fjords along west and north coasts. The average density of population is about 0 per km². The climate in Svalbard and Jan Mayen can be described as arctic, tempered by warm North Atlantic Currentcool summers, cold winters, North Atlantic Current flows along west and north coasts of Spitsbergen, keeping water open and navigable most of the year. Potential natural disasters are ice floes often block the entrance to Bellsund (a transit point for coal export) on the west coast and occasionally make parts of the northeastern coast inaccessible to maritime traffic.

To reach someone Svalbard and Jan Mayen dial +47 prior to a number. The local cellular networks are operated on 900/1800. Websites typically end with the top level domain ".sj". If you want to bring electric appliances (e.g. battery chaarger), keep in min the local . The sign for the locally used currency Krone is NOK.

The flag of Norway is used.

The archipelago may have been first discovered by Norse explorers in the 12th century; the islands served as an international whaling base during the 17th and 18th centuries. Norway's sovereignty was internationally recognized by treaty in 1920, and five years later it officially took over the territory. In the 20th century coal mining started and today a Norwegian and a Russian company are still functioning. Travel between the settlements is accomplished with snowmobiles, aircraft, and boats.