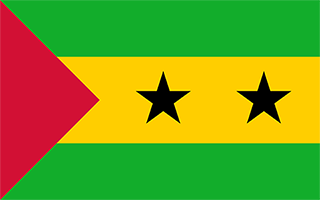 Safety Score: 2,5 of 5.0 based on data from 9 authorites. Meaning we advice caution when travelling to Sao Tome and Principe.

Sao Tome and Principe with its capital Sao Tome is located in Africa (Central Africa, islands in the Gulf of Guinea). It covers some 965 square kilometers (more than five times the size of Washington, DC) with 201,025 citizens. Portuguese is the language commonly spoken used by the people in Sao Tome and Principe. This country shares no land borders with another country. 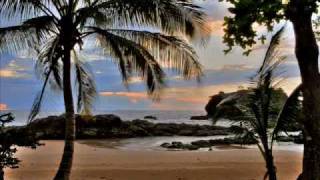 Sao Tome and Principe is a small island nation off the Atlantic coast of Central Africa, located in the Gulf of Guinea, straddling the Equator, west of Gabon. Sao Tome & Principe were both uninhabited prior to colonization by the Portuguese. Since then, much of the landscape has remained unchanged or, where former plantations once stood, reclaimed by the rainforests. The islands are covered by lush rainforests and with a small population and very few tourists, it remains a veritible tropical paradise.he waters around Sao Tome are clear and rich with life. Consequently, diving, fishing and boat tours provide much to see. One of the few operators that offers these activities is Club Maxel.

The landscape is volcanic, mountainous. The average density of population is about 209 per km². The climate in Sao Tome and Principe can be described as tropicalhot, humid, one rainy season (October to May). Potential threats by nature are flooding.

To reach someone Sao Tome and Principe dial +239 prior to a number. The local cellular networks are operated on 900 MHz, 3G. Websites typically end with the top level domain ".st". If you want to bring electric appliances (e.g. battery chaarger), keep in min the local 230 V - 50 Hz (plugs: C, F). The sign for the locally used currency Dobra is STD.

Three horizontal bands of green (top), yellow (double width), and green with two black five-pointed stars placed side by side in the center of the yellow band and a red isosceles triangle based on the hoist side; green stands for the country's rich vegetation, red recalls the struggle for independence, and yellow represents cocoa, one of the country's main agricultural products; the two stars symbolize the two main islands.

Discovered and claimed by Portugal in the late 15th century, the islands' sugar-based economy gave way to coffee and cocoa in the 19th century - all grown with African plantation slave labor, a form of which lingered into the 20th century. While independence was achieved in 1975, democratic reforms were not instituted until the late 1980s. The country held its first free elections in 1991, but frequent internal wrangling between the various political parties precipitated repeated changes in leadership and four failed, non-violent coup attempts in 1995, 1998, 2003, and 2009. In 2012, three opposition parties combined in a no confidence vote to bring down the majority government of former Prime Minister Patrice TROVOADA, but in 2014, legislative elections returned him to the office. President Evaristo CARVALHO, of the same political party as Prime Minister TROVOADA, was elected in September 2016, marking a rare instance in which the positions of president and prime minister are held by the same party. New oil discoveries in the Gulf of Guinea may attract increased attention to the small island nation.