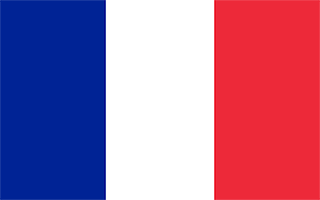 Saint Martin with its capital Marigot is located in North America (Caribbean, located in the Leeward Islands (northern) group; French part of the island of Saint Martin in the Caribbean Sea; Saint Martin lies east of the US Virgin Islands). It covers some 55 square kilometers (more than one-third the size of Washington, DC) with 32,125 citizens. French is the language commonly spoken used in Saint Martin. Interesting info Sint Maarten is the only bordering country.

Saint Martin is an island split between the French collectivity of Saint-Martin and the Dutch territory of Sint Maarten (formerly part of the Netherlands Antilles, but now a constituent state of the Kingdom of the Netherlands). It is one of the smallest land masses divided between two countries. Beaches are a main attraction on the island of Saint Martin. It has 37 beaches total, with hotels holding property on most of them. Beach Bars and Cafés are very popular attractions on the island. Many offer unusually good dishes with European and Caribbean inspiration. Frozen cocktails are also a trendy treat to keep down the heat.

The landscape is . The average density of population is about 591 per km². The climate in Saint Martin can be described as temperature averages 27-29 degrees Celsius all year longlow humidity, gentle trade winds, brief, intense rain showers, hurricane season stretches from July to November. Potential threats by nature are subject to hurricanes from July to November.

To reach someone Saint Martin dial +590 prior to a number. The local cellular networks are operated on 900 MHz, 1800 MHz, 4G. Websites typically end with the top level domain ".gp". If you want to bring electric appliances (e.g. battery chaarger), keep in min the local 220 V - 60 Hz (plugs: C, E). The sign for the locally used currency Euro is EUR.

The flag of France is used.

Although sighted by Christopher COLUMBUS in 1493 and claimed for Spain, it was the Dutch who occupied the island in 1631 and set about exploiting its salt deposits. The Spanish retook the island in 1633, but continued to be harassed by the Dutch. The Spanish finally relinquished Saint Martin to the French and Dutch, who divided it between themselves in 1648. Friction between the two sides caused the border to frequently fluctuate over the next two centuries, with the French eventually holding the greater portion of the island (about 57%). The cultivation of sugar cane introduced African slavery to the island in the late 18th century; the practice was not abolished until 1848. The island became a free port in 1939; the tourism industry was dramatically expanded during the 1970s and 1980s. In 2003, the populace of Saint Martin voted to secede from Guadeloupe and in 2007, the northern portion of the island became a French overseas collectivity. In 2010, the southern Dutch portion of the island became the independent nation of Sint Maarten within the Kingdom of the Netherlands. On 6 September 2017, Hurricane Irma passed over the island of Saint Martin causing extensive damage to roads, communications, electrical power, and housing; the UN estimated that 90% of the buildings were damaged or destroyed.