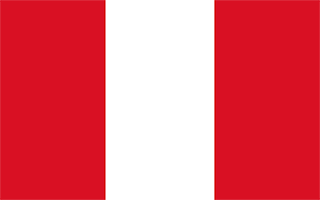 Safety Score: 3,3 of 5.0 based on data from 9 authorites. Meaning please reconsider your need to travel to Peru.

The district Urbanización El Pino of in Lima (Lima region) is a district located in Peru a little south-east of Lima, the country's capital town.

Since you are here already, you might want to pay a visit to some of the following locations: La Molina, Lima, Vitarte, Callao and Cieneguilla. To further explore this place, just scroll down and browse the available info. 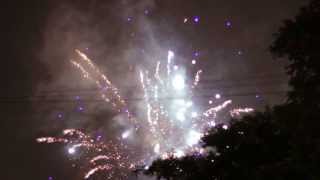 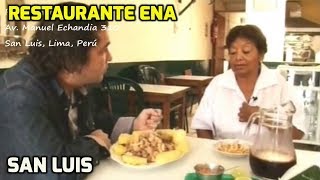 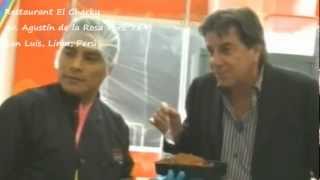 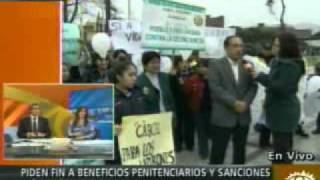 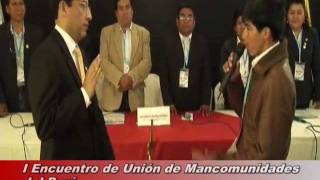 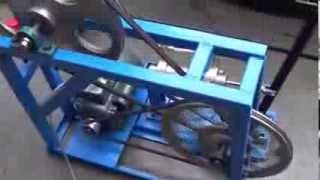 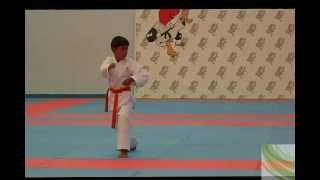 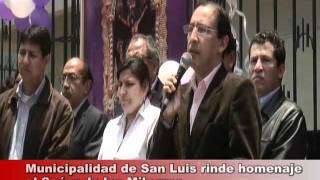 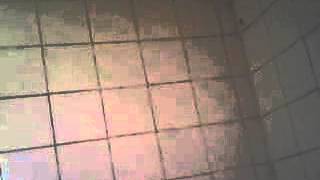 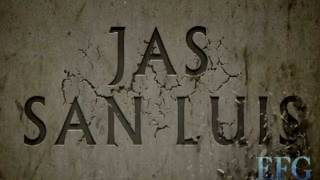 Lima /ˈliːmə/ is the capital and the largest city of Peru. It is located in the valleys of the Chillón, Rímac and Lurín rivers, in the central coastal part of the country, in a valley on a prevalent desert coast overlooking the Pacific Ocean. Together with the seaport of Callao, it forms a contiguous urban area known as the Lima Metropolitan Area.

The Andean Community (Spanish: Comunidad Andina, CAN) is a customs union comprising the South American countries of Bolivia, Colombia, Ecuador, and Peru. The trade bloc was called the Andean Pact until 1996 and came into existence with the signing of the Cartagena Agreement in 1969. Its headquarters are located in Lima, Peru.

Lima Region, also known as Lima Provincias, is one of twenty-five regions of Peru. Located in the central coast of the country, its regional seat (capital city) is Huacho. Lima Province, which contains the city of Lima, the country's capital, is located on the western part of the Lima Region. However, this province is autonomous and not under the jurisdiction of the Regional Government.

The International Potato Center (known by its Spanish acronym CIP) is a root and tuber research-for-development institution located in Lima, Peru. It is one of 15 centers supported by CGIAR - a global agriculture research partnership, a group of about 60 donors, including national governments, international organizations and private foundations around the world.

Convento de San Francisco is the Spanish name for Saint Francis Monastery located in Lima, Peru at Ancash, south of Parque la Muralla and one block northeast from the Plaza Mayor. The church and convent are part of the Historic Centre of Lima, which was added to the UNESCO World Heritage List in 1991. Aside from a church and monastery it also contains a library and catacombs. In this church, Jude the Apostle is venerated.

The Torre Tagle Palace is a Spanish Baroque palace located at Jr. Ucayali 363, in downtown Lima, Peru, a couple blocks east of the Plaza de Armas. The palace currently is home to the Peruvian Ministry of Foreign Affairs. The palace was commissioned in 1715 (some say 1730) by Don Jose Bernardo de Tagle y Bracho: 1st Marqués of Torre Tagle, who at the time was treasurer of the Royal Spanish fleet, for his own personal use as his home. The exterior of the palace has a baroque stone doorway.

The Government Palace of Peru, also known as House of Pizarro, was the house of the Peruvian government headquarters and was built over a huge Indian burying ground Waka that had a shrine of Indian chief Taulichusco. It has been through many alterations. The current structure was built in the 20th century, designed by Peru's dictators in the style of grandiose French Baroque architecture. The Government Palace was built by Francisco Pizarro, the governor of New Castile.

The Basilica Cathedral of Lima is a Roman Catholic cathedral located in the Plaza Mayor of downtown Lima, Peru. Construction began in 1535, and the building has undergone many reconstructions and transformation since, however it still retains its colonial structure and facade. It is dedicated to St John, Apostle and Evangelist.

The Estadio Nacional of Peru is a multi-purpose stadium located in Lima, Peru. Its current capacity is 40,000 seats as stated by the Peruvian Football Federation without the lodges for some thousands more . The stadium was first inaugurated on 27 October 1952 for the 1953 South American Championship—replacing the Stadium Nacional—and is Peru's principal and national stadium. It has hosted three of the six South American Championship/Copa América football competitions held in Peru.

Lima Province is located in the central coast of Peru and is the only province in the country not belonging to any of the twenty-five regions. Its capital is Lima, which is also the nation's capital. Despite its small area, this province is the major industrial and economic powerhouse of the Peruvian economy. It concentrates almost one-third of country's population and much of its GDP.

The Plaza de Toros de Acho is the premier bullring in Lima, Peru. Located beside the historical center of the Rímac District, the plaza is classified as a national historic monument. It is the oldest in the Americas and the second-oldest in the world after La Maestranza in Spain. Of the 56 official bullrings in Peru, the Plaza de Acho ranks most prominently. It has a seating capacity of 17,000 and was constructed of adobe and wood, both traditional materials.

The Palace of Justice (Spanish: Palacio de Justicia) is the seat of the Supreme Court of Peru. It is located in the Lima District of the city of Lima, capital of Peru. Construction started during the second government of Augusto B. Leguía (1919–1930) and finished under the presidency of Óscar R. Benavides, who inaugurated the building in 1938. The Palace was built in a neoclassical style as its plans were based on those of the Law Courts of Brussels, Belgium, work of Joseph Poelaert.

The Chinatown in Lima, locally known as Barrio chino, is centered around two blocks -the seventh and eighth- of Jirón Ucayali in downtown, a stretch almost universally referred to as Calle Capón, a name acquired during the Spanish Colonial period as it was the location of the market for castrated pigs.

The Hipódromo de Monterrico is a Thoroughbred horse racing facility opened in 1960 in Lima, Peru. Operated by the Jockey Club del Peru, it has a one and one-eight mile dirt racetrack with a one mile inside track for turf racing. Major races at Hipódromo de Monterrico include the four Group One races that comprise the Peruvian Quadruple Crown: 1. a :es:Polla de Potrillos (Perú) - September, 1,600 metres 1. b) :es:Polla de potrancas - September, 1,600 metres 2.

The Sanctuary of Las Nazarenas is a church in Lima and is the site of the Peruvian catholic procession of the Lord of Miracles, Señor de los Milagros, who is also the patron of the city. It was constructed together with the Monastery of Nazarenas in the eighteenth century, after a major earthquake in 1746. From this church begins America's most important religious procession on October 18 and 28.

Park of the Reserve

The Park of the Reserve or the Parque de la Reserva in Spanish is a park located in downtown Lima, in Peru. Built in an irregular shape, it is located between two of the city's principal streets, the Paseo de la Republica expressway and Arequipa Avenue.

The Plaza Mayor or Plaza de Armas of Lima, is the birthplace of the city of Lima, as well as the core of the city. Located in the Historic Centre of Lima, it is surrounded by the Government Palace, Cathedral of Lima, Archbishop's Palace of Lima, the Municipal Palace, and the Palace of the Union.

The Governorate of New Castile (Gobernación de Nueva Castilla) was the gubernatorial region administered to Francisco Pizarro in 1528 by king Charles I of Spain, of which he was appointed governor. The region roughly consisted of modern Peru and was after the foundation of Lima in 1535 divided. The conquest of the Inca empire in 1531–1533, performed by Pizarro and his brothers set the basis for the territorial boundaries of New Castile.

Escuela Nacional Superior Autónoma de Bellas Artes del Perú” (ENSABAP) is a fine arts school in Lima, Peru. It is located in Barrios Altos, a suburb of Lima District. It was founded in 1918, by President José Pardo y Barreda and Peruvian painter Daniel Hernández, who was its first director. It is located in a monumental building built in the early 1940s.

New Toledo was the gubernatorial region administered to Diego de Almagro in 1528 by king Charles I of Spain.

Iglesia de San Pedro is the Spanish name for Saint Peter Church (formerly San Pablo church) located in Lima, Peru. The church was completed in 1638. It is administered by the Jesuits and it was created Basilica as part of the Archdiocese of Lima. The church is part of the Historic Centre of Lima, which was added to the UNESCO World Heritage List in 1991. In this church, Sacred Heart of Jesus is venerated.

This place is known by different names. Here the ones we know:
Urbanización El Pino

These are the most popular locations in Peru on Tripmondo.