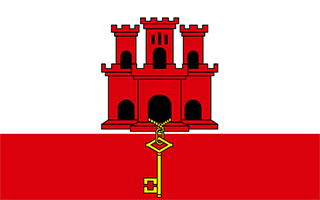 Safety Score: 4,0 of 5.0 based on data from 9 authorites. Meaning please reconsider your need to travel to Gibraltar.

Gibraltar with its capital Gibraltar is located in Europe (Southwestern Europe, bordering the Strait of Gibraltar). It covers some 8 square kilometers (more than 10 times the size of The National Mall in Washington, D.C.) with 29,396 citizens. English, Spanish, Italian and Portuguese are the common languages used in Gibraltar (consider regional differences). As an interesting fact, Spain is the only bordering country.

Gibraltar colloquially known as The Rock, (or simply 'Gib'), is an overseas territory of the United Kingdom on the southern coast of Spain at the entrance to the Mediterranean sea. The people are British citizens. Gibraltar is less than 7 square kilometres, so most of it can be seen on foot. Bear in mind, though, that some of the roads (especially up to the Upper Rock) are very steep. Taxis will take the strain out of the climbs, and all the taxi drivers seem to know all the Barbary macaques by name. There is a (number 3) bus service that runs from the frontier, through the town and on to Europa Point.

The topography is a narrow coastal lowland borders the Rock of Gibraltar. The average density of population is about 4,522 per km². The climate in Gibraltar can be described as Mediterranean with mild winters and warm summers. Potential natural disasters are no streams or large bodies of water on the peninsula (all potable water comes from desalination) occasional droughts

To reach someone Gibraltar dial +350 prior to a number. The local cellular networks are operated on 900 MHz, 1800 MHz, 3G, 4G. Websites typically end with the top level domain ".gi". If you want to bring electric appliances (e.g. battery chaarger), keep in min the local 230 V - 50 Hz (plugs: G). The sign for the locally used currency Pound is GIP.

Two horizontal bands of white (top, double width) and red with a three-towered red castle in the center of the white band; hanging from the castle gate is a gold key centered in the red band; the design is that of Gibraltar's coat of arms granted on 10 July 1502 by King Ferdinand and Queen Isabella of Spain; the castle symbolizes Gibraltar as a fortress, while the key represents Gibraltar's strategic importance - the key to the Mediterranean.

Strategically important, Gibraltar was reluctantly ceded to Great Britain by Spain in the 1713 Treaty of Utrecht; the British garrison was formally declared a colony in 1830. In a referendum held in 1967, Gibraltarians voted overwhelmingly to remain a British dependency. The subsequent granting of autonomy in 1969 by the UK led Spain to close the border and sever all communication links. Between 1997 and 2002, the UK and Spain held a series of talks on establishing temporary joint sovereignty over Gibraltar. In response to these talks, the Gibraltar Government called a referendum in late 2002 in which the majority of citizens voted overwhelmingly against any sharing of sovereignty with Spain. Since late 2004, Spain, the UK, and Gibraltar have held tripartite talks with the aim of cooperatively resolving problems that affect the local population, and work continues on cooperation agreements in areas such as taxation and financial services; communications and maritime security; policy, legal and customs services; environmental protection; and education and visa services. A new noncolonial constitution came into force in 2007, and the European Court of First Instance recognized Gibraltar's right to regulate its own tax regime in December 2008. The UK retains responsibility for defense, foreign relations, internal security, and financial stability. Spain and the UK continue to spar over the territory. Throughout 2009, a dispute over Gibraltar's claim to territorial waters extending out three miles gave rise to periodic non-violent maritime confrontations between Spanish and UK naval patrols and in 2013, the British reported a record number of entries by Spanish vessels into waters claimed by Gibraltar following a dispute over Gibraltar's creation of an artificial reef in those waters. Spain renewed its demands for an eventual return of Gibraltar to Spanish control after the UK’s June 2016 vote to leave the EU, but London has dismissed any connection between the vote and its future commitment to Gibraltar.