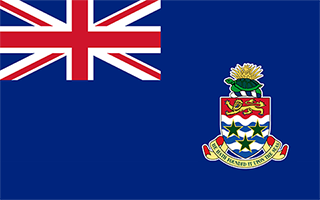 Safety Score: 4,0 of 5.0 based on data from 9 authorites. Meaning please reconsider your need to travel to Cayman Islands.

Cayman Islands with its capital George Town is located in North America (Caribbean, three-island group (Grand Cayman). It covers some 265 square kilometers (1.5 times the size of Washington, DC) with a population of 58,441. English is the official language spoken by people in Cayman Islands. Thiscountry has no land-based border with any other country.

Cayman Islands are an island group in the Caribbean Sea, ninety miles south of Cuba. The outstanding coral reefs and outstandingly clear waters have made this island group a favorite destination of divers. Great beaches and fine restaurants and resorts make it an excellent tourist destination as well.

The topography is low-lying limestone base surrounded by coral reefs. The average density of population is about 221 per km². The climate in Cayman Islands can be described as tropical marine with warm, rainy summers (May to October) and cool, relatively dry winters (November to April). Potential natural disasters are hurricanes (July to November).

A blue field with the flag of the UK in the upper hoist-side quadrant and the Caymanian coat of arms centered on the outer half of the flag; the coat of arms includes a crest with a pineapple, representing the connection with Jamaica, and a turtle, representing Cayman's seafaring tradition, above a shield bearing a golden lion, symbolizing Great Britain, below which are three green stars (representing the three islands) surmounting white and blue wavy lines representing the sea and a scroll at the bottom bearing the motto HE HATH FOUNDED IT UPON THE SEAS.

The Cayman Islands were colonized from Jamaica by the British during the 18th and 19th centuries and were administered by Jamaica after 1863. In 1959, the islands became a territory within the Federation of the West Indies. When the Federation dissolved in 1962, the Cayman Islands chose to remain a British dependency. The territory has transformed itself into a significant offshore financial center.