Al Kuwait Hospital in At Tahrir (Amanat Al Asimah) is located in Yemen a little north-west of Sanaa, the country's capital.

Local time in Al Kuwait Hospital is now 11:10 PM (Friday). The local timezone is named Asia / Aden with an UTC offset of 3 hours. We know of 8 airports in the wider vicinity of Al Kuwait Hospital. The closest airport in Yemen is Sana'a International Airport in a distance of 8 mi (or 13 km), North. Besides the airports, there are other travel options available (check left side).

There are two Unesco world heritage sites nearby. The closest heritage site in Yemen is Old City of Sana'a in a distance of 1 mi (or 2 km), East. If you need a place to sleep, we compiled a list of available hotels close to the map centre further down the page.

Depending on your travel schedule, you might want to pay a visit to some of the following locations: Sanaa, Ar Rawdah, Qaryat al Qabil, Al Khaniq and Matnah. To further explore this place, just scroll down and browse the available info. 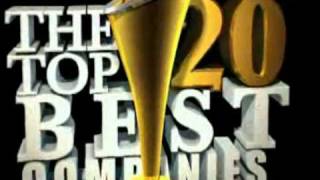 House of Folklore is a museum in central Sana'a, Yemen. It is located southwest of the Al-Tahrir Square and south of the Egyptian Embassy and north of the Chinese Embassy. Founded on 11 April 2004 under the permission of the Ministry of Culture, it is "a cultural, research, non-profit and non-governmental organization works on collecting and documenting the Yemeni Folklore".

These are some bigger and more relevant cities in the wider vivinity of Al Kuwait Hospital.

This place is known by different names. Here the ones we know:
Al Kuwait Hospital