The district Centro of Montevideo in Departamento de Montevideo is located in Uruguay and is a district of the nations capital.

Depending on your travel schedule, you might want to pay a visit to some of the following locations: Canelones, San Jose de Mayo, Florida, Minas and Veronica. To further explore this place, just scroll down and browse the available info. 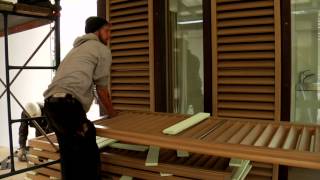 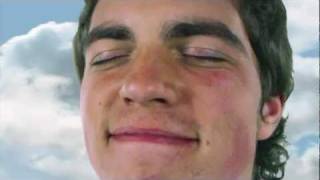 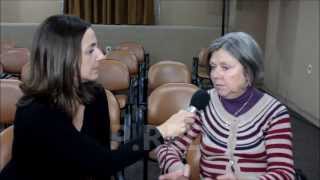 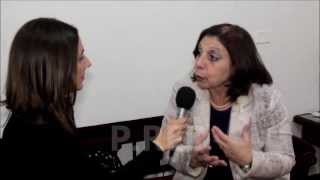 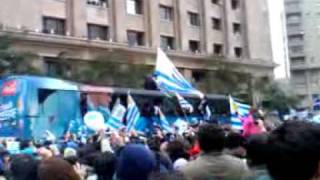 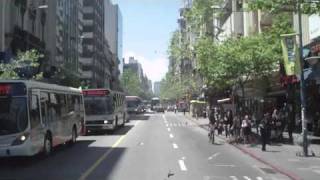 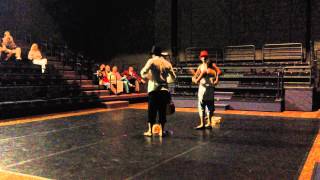 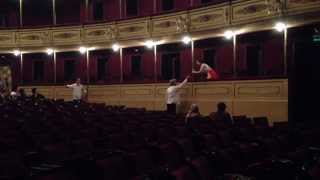 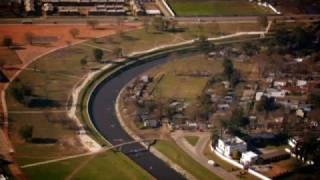 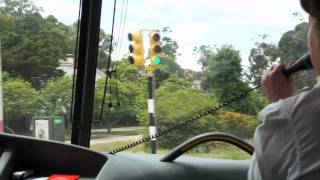 Bolsa de Valores de Montevideo, known as the Bolsa de Montevideo or as BVM, is the principal stock exchange of Uruguay. It is based in Montevideo and was founded in 1867.

The Battle of Montevideo was a battle between the British and Spanish Empires during the Napoleonic Wars, in which British forces captured the city of Montevideo. It formed part of the British invasions of the River Plate.

Puerta de la Ciudadela (Gateway of the Citadel), or simply Ciudadela is one of the few remaining parts of the wall that surrounded the oldest part of the city of Montevideo, the citadel, which was torn down in 1829. It is located by Plaza Independencia, in Ciudad Vieja.

Plaza Constitución (Constitution Square), also known as Plaza Matriz, is the oldest plaza in Montevideo. It is located in the first part of the city that was built: Ciudad Vieja. The Montevideo Metropolitan Cathedral and the Montevideo Cabildo are located in front of this square.

Solis Theatre is Uruguay's oldest theatre. It was built in 1856 and is currently owned by the government of Montevideo. It is located in Plaza Independencia. In 1998, the government of Montevideo started a major reconstruction of the theatre, which included two US $110,000 columns designed by Philippe Starck. The reconstruction was completed in 2004 with the re-opening taking place in August of that year.

The Montevideo Metropolitan Cathedral (Spanish: Catedral Metropolitana de Montevideo) is the main Roman Catholic church of Montevideo. It is located right in front of the Cabildo across Constitution Square, in the neighbourhood Ciudad Vieja.

The Montevideo Cabildo is the public building in Montevideo that was used as the government house during the colonial times of the Viceroyalty of the River Plate. Today the building is used as a museum and houses the Historical Archive of the city. It is located on Constitution Square, in Ciudad Vieja.

Executive Tower the name of the working place of the President of Uruguay. The original project was started in 1965 as a future Palace of Justice, but the 1973 coup d'état interrupted it. By the time the military government ended in 1985, the building was too small for the Uruguayan justice system, so the project remained halted for decades until in March 2006, President Tabaré Vázquez decided to finish the building and use it as an extension of the Estévez Palace.

The Artigas Mausoleum is a monument to Uruguayan hero José Artigas, located in Plaza Independencia, in the neighbourhood of Ciudad Vieja, Montevideo. It was built in the 1930s and Artigas' remains are kept in an underground room underneath the statue. The moument is guarded by a traditional guard called "Blandegues de Artigas".

Located at -34.9065, -56.2 (Lat. / Lng.), about 1 miles away.
Wikipedia Article
Burials in Montevideo, Monuments and memorials in Uruguay, Buildings and structures in Montevideo, Ciudad Vieja, Montevideo

The Central Cemetery of Barrio Sur, Montevideo is one of the main cemeteries in Uruguay. It also ranks amongst the most popular in the country, given the fact that most famous Uruguayan people are buried here. It is located in the southern area of the city and it was founded in 1835. The entrance, designed and built up after the Uruguayan Civil War (1839-1852), is the work of the Italian sculptor Bernardo Poncini.

Palacio Taranco, located in front of the Plaza Zabala, in the heart of the Old City of Montevideo, Uruguay, is a palace erected in the early 20th century during a period in which the architectural style was influenced by French architecture. It was designed by French architects Charles Louis Girault and Jules Chifflot León who also designed the Petit Palais and the Arc de Triomphe in Paris.

The Museo Torres García is located in the historic Ciudad Vieja (Old Town) of Montevideo where unusual portraits of historical icons and cubist paintings akin to Picasso's paintings, painted by Joaquín Torres García are exhibited.

Plaza Zabala is a plaza in the Ciudad Vieja of Montevideo, Uruguay. In late 1878, during the dictatorship of Colonel Lorenzo Latorre, it was decided to demolish the old fort and build a public square in its place. But for 12 years this site remained a wasteland. The Plaza finally came to be established only on December 31, 1890 when the equestrian statue of Bruno Mauricio de Zabala was installed.

The Port of Montevideo (Spanish: Puerto de Montevideo), in the northern part of the Old City of Montevideo, Uruguay, is one of the major ports of South America and plays a very important role in the economy of Uruguay.

The National Meat Institute (Instituto Nacional de Carnes, INAC) is a governmental agency of Uruguay. Its headquarters are in Rincon Str. 545, Ciudad Vieja, Montevideo. Decree-Law No. 15,605 of July 27, 1984 created the agency.

This place is known by different names. Here the ones we know:
Centro