Tinicum Township in Delaware County (Pennsylvania) is a city in United States about 116 mi (or 186 km) north-east of Washington DC, the country's capital.

Local time in Tinicum Township is now 12:45 AM (Friday). The local timezone is named America / New York with an UTC offset of -4 hours. We know of 12 airports in the vicinity of Tinicum Township, of which 5 are larger airports. The closest airport in United States is Philadelphia International Airport in a distance of 2 mi (or 3 km), East. Besides the airports, there are other travel options available (check left side).

There are two Unesco world heritage sites nearby. The closest heritage site in United States is Independence Hall in a distance of 23 mi (or 37 km), East. Also, if you like golfing, there are multiple options in driving distance. We found 2 points of interest in the vicinity of this place. If you need a place to sleep, we compiled a list of available hotels close to the map centre further down the page.

Depending on your travel schedule, you might want to pay a visit to some of the following locations: Woodbury, Media, Philadelphia, Camden and Norristown. To further explore this place, just scroll down and browse the available info. 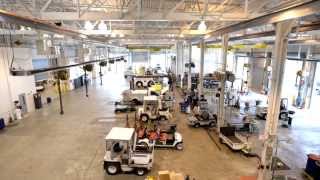 US Airways GSE Facility at Philadelphia International Airport set the precedent for sustainable design of GSE facilities and for PHL, becoming the first building in Cargo City to incorporate... 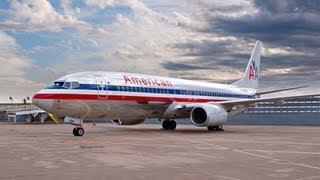 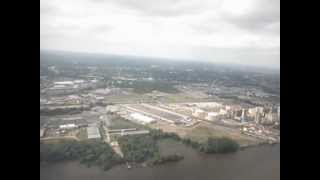 The Eskimo meets The City of Brotherly Love. 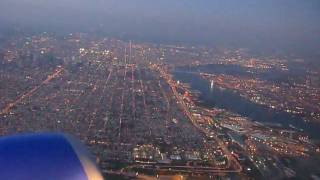 Flying out of Philly

A dusk departure from Philadelphia airport in a Boeing 737 gives a grand tour of the city. Downtown, the Delaware River, Schuylkill River, Benjamin Franklin Bridge, Camden, Petty Island, all... 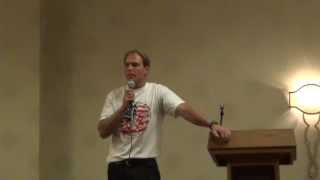 Dave DeLuca is a San Francisco native who began performing in and around the Bay Area in Northern California. He soon moved to New York City to hone his skills and talents as a comic and writer.... 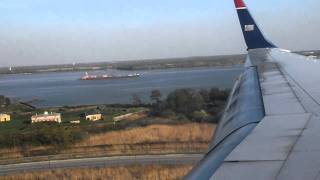 Stunning approach over the Delaware River, on a hot late afternoon in April. We are landing runway 09R, not commonly used, after coming from a nice vacation in St. Thomas. Enjoy the video! 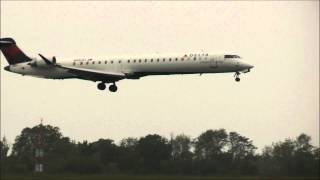 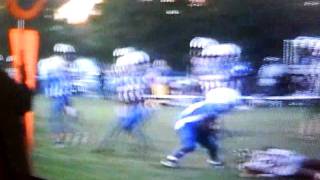 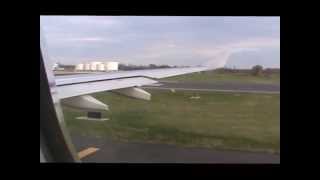 American Airlines (US Airways) A330-200 departure from PHL

This is the takeoff portion of my trip aboard US Airways (American Airlines) Flight 769, which was an A330-200. This aircraft flew me from Philadelphia International Airport (KPHL) to Orlando...

Folcroft is a borough in Delaware County, Pennsylvania, United States. The population was 6,978 at the 2000 census. The current mayor is Robert P. Frey.

Hog Island is the historic name of an area southwest of the central part of Philadelphia, Pennsylvania along the Delaware River, to the west of the mouth of the Schuylkill River. Philadelphia International Airport now sits on the land that was once Hog Island.

The American Competitiveness Institute now known as ACI Technologies Inc. (ACI) is an American scientific research corporation founded by Alan J. Criswell in 1992. Located in Philadelphia, Pennsylvania, ACI operates a 10,000-square-foot facility dedicated to both the advancement of the state of the electronics industry, as well as research and development of various electronic manufacturing methods and materials.

Fort Billingsport, in Paulsboro, New Jersey, is an early U.S. fort on the Delaware River. The land for the fort was purchased by the Continental Congress on July 5, 1776, the first land purchase made by the United States. The 96 acres site was purchased for 600 pounds. Tadeusz Kościuszko designed the fortifications at the request of George Washington. The fort was constructed by troops from New Jersey, Pennsylvania, South Carolina and Virginia. It was never completed.

Delcroft School is one of four 1-8 schools in the Southeast Delco School District, Pennsylvania. It educates students in English, Math, Science, Civics, History, etc. There are also many extracurriculars and intramurals such as interscholastic sports and Student Council. The mascot is the Knight, and the school colors are blue and white . Graduates of Delcroft School go on to Academy Park High School. Delcroft School was built and opened in 1960.

These are some bigger and more relevant cities in the wider vivinity of Tinicum Township.