De Witt in Onondaga County (New York) is a city in United States about 291 mi (or 468 km) north of Washington DC, the country's capital city.

Local time in De Witt is now 01:57 PM (Monday). The local timezone is named America / New York with an UTC offset of -4 hours. We know of 11 airports in the vicinity of De Witt, of which 5 are larger airports. The closest airport in United States is Syracuse Hancock International Airport in a distance of 5 mi (or 9 km), North. Besides the airports, there are other travel options available (check left side).

Also, if you like golfing, there are a few options in driving distance. We discovered 8 points of interest in the vicinity of this place. Looking for a place to stay? we compiled a list of available hotels close to the map centre further down the page.

When in this area, you might want to pay a visit to some of the following locations: Syracuse, Wampsville, Cortland, Auburn and Oswego. To further explore this place, just scroll down and browse the available info. 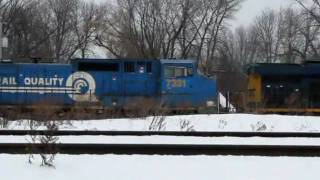 Intermodal coming on the North Runner with a Dash-8 (?) still in Conrail colors, an Amtrak heading west, an ethanol train going no where slow, and a surprise UP powered reefer train heading... 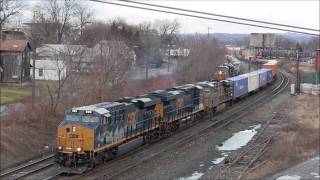 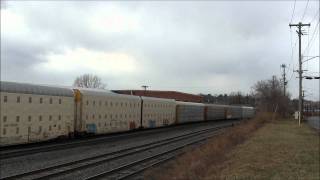 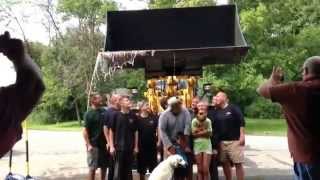 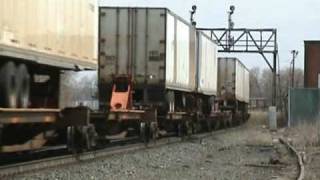 This Intermodal was running hot and came to a quick stop at CP286 along the Albany - Buffalo CSX line so that the conductor could inspect. View is towards the East. 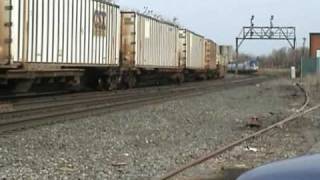 Amtrak passenger train at CP286 on the CSX main heading west towards Syracuse's train station a few minutes away. The train was held up briefly due to a L-O-N-G eastbound intermodal. Coaling... 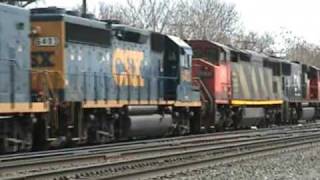 Canadian National and CSX power taking a manifest onto the East Syracuse CSX yards "north runner" at CP286. The train came down from Canada via Watertown, NY, past the best hot dogs in the... 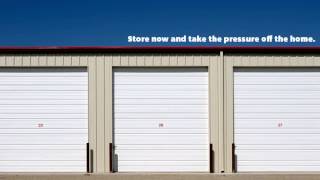 USA Self Storage in East Syracuse, New York is a storage unit and mini storage facility. Our storage units are affordable and secure. Please call (315) 715-7099 for pricing and availability... 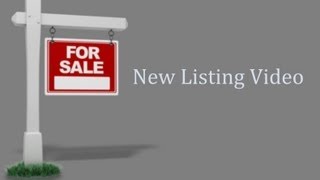 East Syracuse is an incorporated village and a suburb of the City of Syracuse in eastern Onondaga County, New York. United States. As of the 2010 U.S. census, the village had a population of 3,084. The Village of East Syracuse is located immediately east of Syracuse, in the Town of Dewitt.

Le Moyne College, named after Simon Le Moyne, is a private Jesuit college in Syracuse, New York enrolling over 3,500 undergraduate and graduate students. Founded by the Society of Jesus in 1946, Le Moyne is the first Jesuit college to be founded as a co-educational institution. The College is the second-youngest of the twenty-eight Jesuit colleges and universities in the United States, and is the only comprehensive Catholic college in Central New York.

Christian Brothers Academy is a private, Catholic college preparatory school in suburban Syracuse, New York run by the Brothers of the Christian Schools, founded by St. John Baptist de La Salle. Located within the Roman Catholic Diocese of Syracuse, the school has roughly 750 students in grades seven through twelve. It was founded in 1900 by the Christian Brothers, who still run the school, though most of the teachers are lay people.

WSKO is a sports radio station in Syracuse, New York. Broadcasting on 1260 kHz on the AM dial, WSKO covers the Syracuse Chiefs AAA baseball and Syracuse Crunch AHL hockey. The station is owned by Cumulus Media. It was formerly branded as ESPN Radio 1260, but, as a part of a programming shuffle it was rebranded as The Score 1260 WSKO on Feb 24th at 3PM. On March 5, 2010, WSKO changed network affiliation to Sporting News Radio.

The Palace Theatre is a 1920s-era movie palace in the village of Eastwood in Syracuse, New York. It has been owned and operated by the same family for more than 80 years.

Bishop Grimes Junior/Senior High School is a private, Roman Catholic high school in East Syracuse, New York. It is located within the Roman Catholic Diocese of Syracuse. The school was named one of the 50 best Catholic schools in the United States in 2005.

These are some bigger and more relevant cities in the wider vivinity of De Witt.

Getting Started With Essential Oils - Syracuse
Starting at: 08:00 am (08:00).
More Information: eventful.com.