Eastern Parkway in Kings County (New York) is located in United States about 205 mi (or 330 km) north-east of Washington DC, the country's capital.

Local time in Eastern Parkway is now 11:13 PM (Thursday). The local timezone is named America / New York with an UTC offset of -4 hours. We know of 9 airports in the wider vicinity of Eastern Parkway, of which 4 are larger airports. The closest airport in United States is La Guardia Airport in a distance of 8 mi (or 13 km), North-East. Besides the airports, there are other travel options available (check left side).

There are two Unesco world heritage sites nearby. The closest heritage site in United States is Statue of Liberty in a distance of 2 mi (or 3 km), North-West. Also, if you like golfing, there are multiple options in driving distance. We found 10 points of interest in the vicinity of this place. If you need a place to sleep, we compiled a list of available hotels close to the map centre further down the page.

Depending on your travel schedule, you might want to pay a visit to some of the following locations: Brooklyn, Queens, Manhattan, Jersey City and The Bronx. To further explore this place, just scroll down and browse the available info. 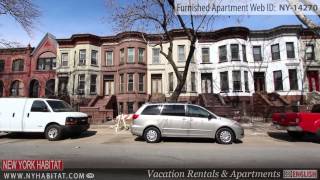 Hello and welcome to another New York Habitat (www.nyhabitat.com) furnished apartment video tour! Today we take you to a breathtaking 1-bedroom accommodation in Crown Heights, Brooklyn near. 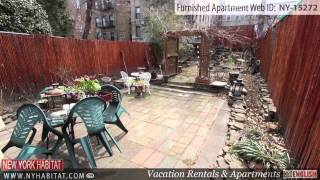 Hello and welcome to another New York Habitat (www.nyhabitat.com) furnished apartment video tour! Today we take you to a classic 2-bedroom prewar apartment in Crown Heights, Brooklyn. For more ... 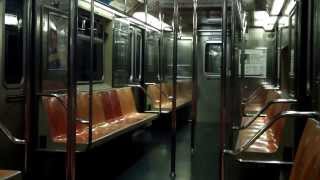 Here's my nice lonesome ride on the Manhattan-bound R62 3 train ride from Crown Heights/Utica Avenue to Franklin Avenue on the IRT Eastern Parkway Line in Brooklyn Train Transfers at Franklin... 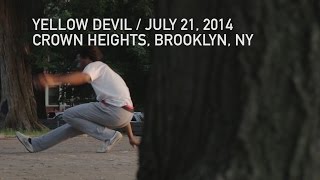 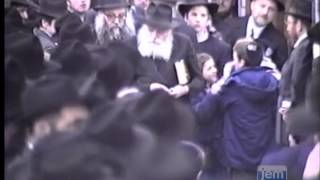 End of a Long Journey

Almost a year after the U.S District Court ordered that books taken from the Chabad Library be returned to Agudas Chasidei Chabad, they were finally brought back. 2 Cheshvan, 5748 -- November... 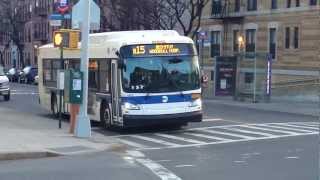 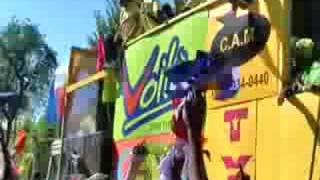 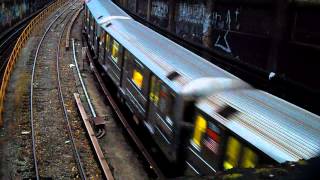 Here's a New Lots Avenue-bound R62 3 train as it exits the Eastern Parkway Portal towards the IRT Livonia Avenue Line to Sutter Avenue-Rutland Road as its next stop. 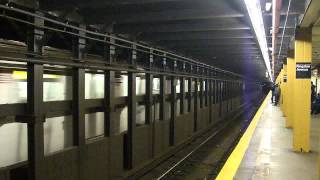 Manhattan bound R142A 4 Train coming from Crown Heights-Utica Ave station and bypassing its 1st station Kingston Ave heading towards Franklin Ave as its next station stop. No Bus or Train...

Crown Heights is a neighborhood in the central portion of the New York City borough of Brooklyn. The main thoroughfare through this neighborhood is Eastern Parkway, a tree-lined boulevard designed by Frederick Law Olmsted extending two miles (3 km) east-west. Originally, the area was known as Crow Hill. It was a succession of hills running east and west from Utica Avenue to Classon Avenue, and south to Empire Boulevard and New York Avenue.

Kingston Avenue is a local station on the IRT Eastern Parkway Line of the New York City Subway. Located at the intersection of Kingston Avenue and Eastern Parkway in Brooklyn, it is served by the 3 train at all times except late nights, when it is replaced by the 4. There is also occasional 2 train service here during rush hours. This underground station, opened on August 23, 1920, has two levels.

Atlantic Avenue is an important street in the New York City boroughs of Brooklyn and Queens. It stretches from the Brooklyn waterfront on the East River all the way to Jamaica, Queens. Atlantic Avenue runs parallel to Fulton Street for much of its course through Brooklyn, where it serves as a border between the neighborhoods of Prospect Heights and Fort Greene and between Bedford-Stuyvesant and Crown Heights.

The Brooklyn Children's Museum is a general purpose museum in Crown Heights, Brooklyn, New York City. Founded in 1899, it was the first museum in the United States and some believe, the world, to cater specifically to children and is unique in its location, predominantly a residential area. Housed in a multi-level underground gallery, the museum underwent an expansion and renovation to double its space, reopened on September 20, 2008, and became the first green museum in New York City.

770 Eastern Parkway, also known as simply "770", is the street address of the central headquarters of the Chabad-Lubavitch Hasidic movement, located on Eastern Parkway in the Crown Heights section of Brooklyn, New York, in the United States of America. The building has been the center of the conflict between the Lubavitchers who believe in publicizing that the last Chabad leader, Menachem Mendel Schneerson, is the Messiah and those who do not.

Wingate is a neighborhood in the north central portion of the New York City borough of Brooklyn. The area is east of Prospect-Lefferts Gardens and south of Crown Heights. Wingate is bounded by Empire Boulevard to the north, Troy Avenue to the east, Winthrop Street to the south and New York Avenue to the west. The area is part of Brooklyn Community Board 9. The area was originally known as Pig Town. It was renamed in the 1950s after the construction of the now defunct George W.

Paul Robeson High School for Business and Technology is a high school in the Crown Heights section of Brooklyn, New York City, New York. It is a part of the New York City Department of Education. The school is named for Paul Robeson, a singer and civil rights activist.

Pathways in Technology Early College High School (P-TECH) is a New York City public high school that is set to open in September 2011. It was developed through a unique partnership between the IBM corporation, City University of New York - City Tech, and the New York City Department of Education. The school focuses on postsecondary pathways in the area of Information Technology, helping a diverse group of students enter into this highly competitive field.

These are some bigger and more relevant cities in the wider vivinity of Eastern Parkway.

This place is known by different names. Here the ones we know:
Crow Hill, Crown Heights, Eastern Parkway