Saginaw in Saginaw County (Michigan) with it's 49,347 residents is a town located in United States about 476 mi (or 766 km) north-west of Washington DC, the country's capital place.

Time in Saginaw is now 09:17 AM (Thursday). The local timezone is named America / Detroit with an UTC offset of -4 hours. We know of 11 airports nearby Saginaw, of which 5 are larger airports. The closest airport in United States is MBS International Airport in a distance of 10 mi (or 16 km), North-West. Besides the airports, there are other travel options available (check left side).

Being here already, you might want to pay a visit to some of the following locations: Bay City, Midland, Corunna, Flint and Caro. To further explore this place, just scroll down and browse the available info. 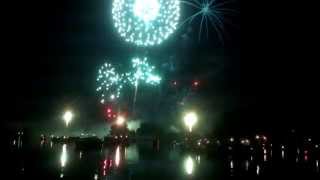 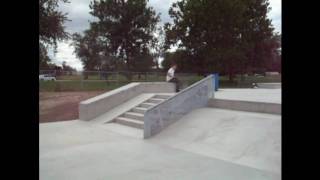 Skate session with some of the Saginaw locals. 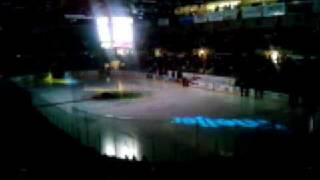 The Saginaw Spirt playing against the Sault Ste. Marie Greyhounds playing at the Dow Event Center. 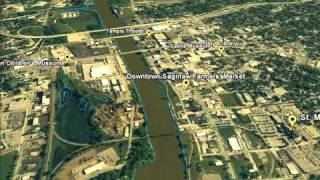 Interesting Places Along the Saginaw River

The Saginaw River is one of the strongest assets in the City of Saginaw. Activities and events are held all year along the riverfront. As this tour shows, there are also many other interesting...

Dentist Saginaw Michigan -- If you are looking for the right dentist in Saginaw, Michigan for you, consider Dr. John M. Harasin DDS. There are very many people who are afraid of the dentist.... 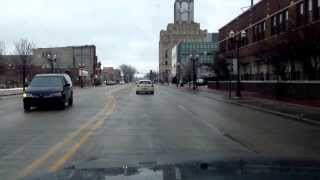 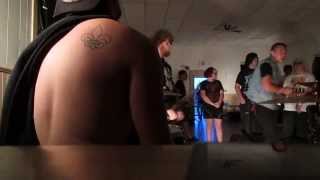 what i did this june. played with fall of goliath. this was the only night i had a place to put my camera i was certain it would not be kicked, thrown, or smashed by an amp. wish i could have... 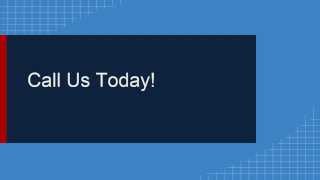 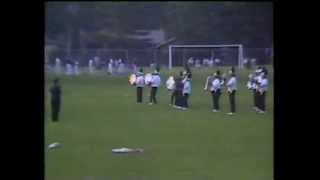 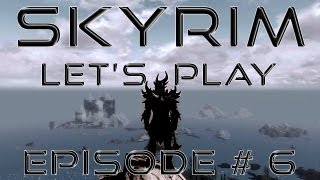 In this video I do some running around to find and kill another dragon. See what is in store for me on this trip in the video. Welcome to video number 6 in my Let's Play Skyrim video set....

East Saginaw is a defunct city in Saginaw County in the U.S. state of Michigan.

The Roman Catholic Diocese of Saginaw is a Roman Catholic diocese covering eleven counties in Michigan. It was founded on February 26, 1938; the first bishop was William Francis Murphy.

Michigan Lutheran Seminary (MLS) is a private preparatory boarding high school affiliated with the Wisconsin Evangelical Lutheran Synod located in Saginaw, Michigan. The student body consists of commuting students living in the area as well as a large population of students from around the United States and other countries that live on campus in the dormitory led by the dean.

The Hoyt Library is a historic library in downtown Saginaw, Michigan, USA. Built in the late 19th century by Eric Pinchet, the Richardson Romanesque library is home to numerous genealogical records of the Mid-Michigan area.

St. Mary's of Michigan Medical Center is a hospital in Saginaw, Michigan, United States. St. Mary's is a subsidiary of Ascension Health, and is a teaching affiliate of the Michigan State University College of Human Medicine. The American College of Surgeons verified the emergency department as a level II trauma center.

Located at 43.4243, -83.9385 (Lat. / Lng.), about 1 miles away.
Wikipedia Article, Homepage
Hospitals affiliated with the Roman Catholic Church, Hospitals in Michigan

The Children's Zoo at Celebration Square is a zoo located in Saginaw, Michigan. It operates without tax-based funding, on donations and revenue generated from daily visitors. It is open during the months of May through September, and part time in April and October. Children's Zoo at Celebration Square is an accredited member of the Association of Zoos and Aquariums (AZA).

Cathedral of Mary of the Assumption (Saginaw, Michigan)

The Cathedral of Mary the Assumption, also known as St. Mary’s Cathedral, is a Catholic cathedral located in Saginaw, Michigan, United States. It is the seat of the Diocese of Saginaw. The parish was founded on 1853 and the church was re-dedicated on August 1, 1978. St. Mary’s Church became the cathedral of the Diocese of Saginaw when it was established by Pope Pius XI on February 26, 1938.

These are some bigger and more relevant cities in the wider vivinity of Saginaw.