Louisville in Jefferson County (Kentucky) with it's 243,639 habitants is located in United States about 473 mi (or 761 km) west of Washington DC, the country's capital town.

Current time in Louisville is now 06:06 PM (Sunday). The local timezone is named America / Kentucky / Louisville with an UTC offset of -4 hours. We know of 8 airports close to Louisville, of which 4 are larger airports. The closest airport in United States is Louisville International Standiford Field in a distance of 6 mi (or 9 km), South. Besides the airports, there are other travel options available (check left side).

There is one Unesco world heritage site nearby. It's Mammoth Cave National Park in a distance of 74 mi (or 119 km), South. Also, if you like playing golf, there are some options within driving distance. If you need a hotel, we compiled a list of available hotels close to the map centre further down the page.

While being here, you might want to pay a visit to some of the following locations: Jeffersonville, New Albany, Shepherdsville, Corydon and La Grange. To further explore this place, just scroll down and browse the available info. 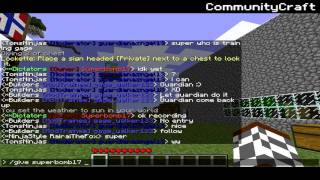 Minecraft: how to make tools last 64X longer( without mods!) 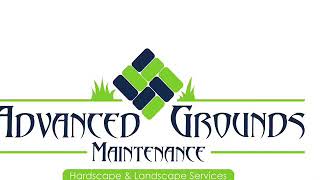 Just a couple views of our work! Tell us what you like or don't! We specialize in creating unique environments for our clients homes! 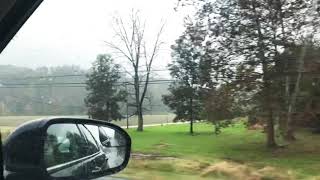 Eli and I decided to go on a day trip to one of our favorite small towns, Brown county, In. We hope you enjoyed this small look into our day! Instagrams: ... 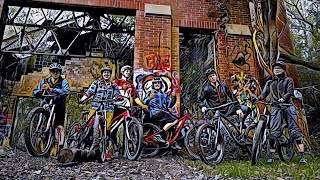 From Indiana, I followed Jake and Tanic into the Louisville, Kentucky area to ride the Silo Center Bike Park and check out the insane skatepark in town. 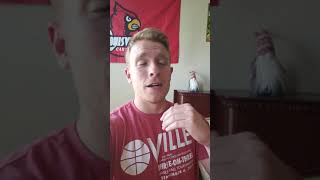 This is my first ever post I have made on Youtube. I have been terrified to do anything like this because I was afraid of what people would think, but now I realize ... 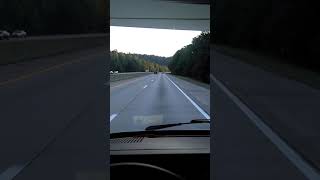 87 Holiday Rambler on the road 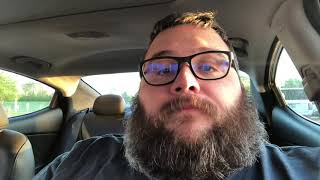 Come join me for what is bound to be a crazy adventure. One where I will be documenting my weight loss journey from before my first doctors appointment and ... 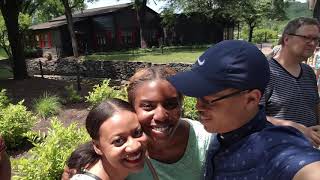 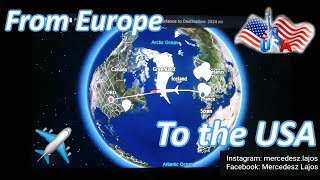 Traveling to the USA from Europe!

Hi everyone! My name is Mercedesz Lajos and I am studying at the University of Salamanca in Spain! I won a scholarship to the United States so I will study ...

The Muhammad Ali Center, a museum and cultural center built as a tribute to the champion boxer Muhammad Ali and his values, is located in Louisville, Kentucky's "Museum Row" in the West Main District of downtown. The six-story, 96,750 sq ft . museum opened on November 19, 2005 at a cost of $80 million. It also includes a 40,000 sq ft two-level amphitheater and plaza, to be connected to the Louisville Museum Plaza upon its construction.

Downtown Louisville is the largest central business district in the Commonwealth of Kentucky and the urban hub of the Louisville, Kentucky Metropolitan Area. Its boundaries are the Ohio River to the north, Hancock Street to the east, York and Jacob Streets to the south, and 9th Street to the west. As of 2000, the population of Downtown Louisville was 2,575. The five main areas of the Central Business District consist of: West Main District (west of 2nd St. , north of Market St.

Fourth Street Live! is a 350,000-square-foot entertainment and retail complex located on 4th Street, between Liberty and Muhammad Ali Boulevard, in Downtown Louisville, Kentucky. It is owned and was developed by the Cordish Company; it was designed by Louisville architects, Bravura Corporation. Fourth Street Live! first opened to the public on June 1, 2004, and all stores were finally completed for the grand opening on October 30, 2004.

The Columbia Building was Louisville, Kentucky's second skyscraper, designed by Cornelius Curtin and completed in 1890 at a cost of $1 million. It was located at the northwest corner of Fourth and Main streets, and built of pressed red brick in the Romanesque style. It was built just five years after the world's first skyscraper, the Home Insurance Building in Chicago. It had 10 stories and a height of 162 feet.

Riverfront Plaza/Belvedere is a public area on the Ohio River in Downtown Louisville, Kentucky, USA. Although proposed as early as 1930, the project did not get off the ground until $13.5 million in funding was secured in 1969 to revitalize the downtown area (through which Interstate 64 had just been built). On April 27, 1973 the Riverfront Plaza/Belvedere was dedicated.

The Humana Building, also known as the Humana Tower, is a skyscraper in downtown Louisville, Kentucky, located at 500 West Main Street. The 26-story structure is headquarters of the Humana Corporation and known for its postmodern architecture. It was designed by Michael Graves. Construction began in October 1982 and was completed in May 1985. Each side of the building is designed slightly differently, up to a sloping pyramid style for the upper few floors.

The AEGON Center is a skyscraper in Downtown, Louisville, Kentucky and located at 400 West Market Street. The 35-story, 549-foot high structure was designed by architect John Burgee with Philip Johnson and was completed in 1993 at the cost of $100 million. The building, originally named Capital Holding Center, was later renamed Providian Center and is now named AEGON Center.

PNC Plaza is a skyscraper in Downtown, Louisville, Kentucky and located at 500 West Jefferson Street. Owned by Pittsburgh-based PNC Bank, the 29-story, 420-foot high structure was designed by architect Welton Becket and was completed in 1971. A notable feature of the building is the pattern of pre-cast concrete panels on the exterior of its windows.

On August 4 at 9:25 am EST a major thunderstorm producing large hail and winds in excess of 60 mph advanced at the leading edge of a cold front moving across the American Midwest, causing a flash flood that struck Louisville and portions of the surrounding Kentuckiana region. The National Weather Service estimated that between three and six inches of rain fell(14–24 cm) across the city in less than one hour, breaking all previous one-hour rainfall records in the area.

The Kentucky Center for the Performing Arts, located in Louisville, is a major performing arts center in Kentucky. The Kentucky Center also hosts artworks by Alexander Calder, Joan Miró, John Chamberlain, Jean Dubuffet and others. The Center was dedicated on November 19, 1983. Attendees included Charlton Heston, Diane Sawyer and Lily Tomlin. In 1984 the center hosted one of the U.S. presidential election debates between Ronald Reagan and Walter Mondale.

These are some bigger and more relevant cities in the wider vivinity of Louisville.