Local time in Hanapēpē is now 04:37 AM (Sunday). The local timezone is named Pacific / Honolulu with an UTC offset of -10 hours. We know of 7 airports in the vicinity of Hanapēpē, of which one is a larger airport. The closest airport in United States is Barking Sands Airport in a distance of 15 mi (or 23 km), North-West. Besides the airports, there are other travel options available (check left side).

Depending on your travel schedule, you might want to pay a visit to some of the following locations: Lihue, Honolulu, Waimanalo, Wailuku and . To further explore this place, just scroll down and browse the available info. 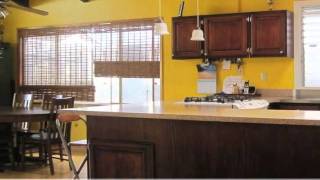 http://687akaleistreet245665.epropertysites.com?rs=youtube Elegant large home in Eleele Nani Subdivision. Over 2000 sq ft of living area in this four (4)bedroom, plus a loft, three... 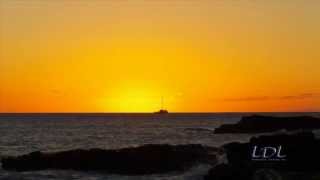 A helicopter and road trip in Hanapepe, Koloa, Kauai, Hawaii Cameras and editing by Lisle Fehlauer. Go to http://www.youtube.com/LDLservices for more travel videos. 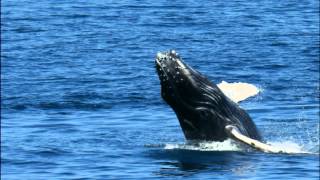 http://www.bluedolphinkauai.com/ Humpback whales migrate to the Hawaiian islands every winter. Join Blue Dolphin Charters for a spectacular trip up the Na Pali Coast to view these magnificent ... 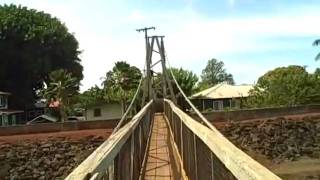 The Hanapepe Swinging Bridge is a functional bridge allowing residents on the mauka side of the Hanapepe River access to town without driving. It's also a to... 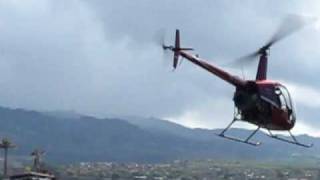 First Solo in a Helicopter (Hover to Takeoff)

This shows my second pattern, beginning with a nice hover, then takeoff. It's very windy at PAK at this time. It's been 13-20 knots my whole trip (which has given me a hell of a time on... 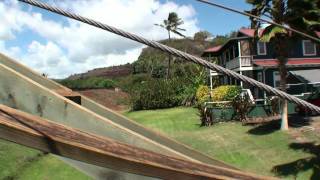 Walk across the swinging bridge at Hanapepe Kauai. Distributed by Tubemogul. 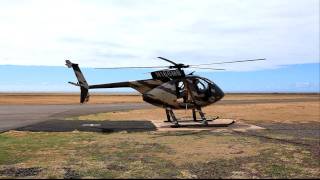 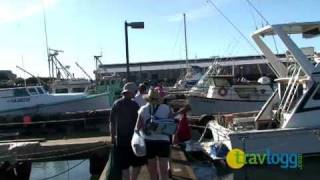 If you like getting out on the water, watch this fun morning spent touring the southern shore of Kauai in a Zodiac raft. We saw whales, dolphins, turtles, went snorkeling and saw some beautiful... 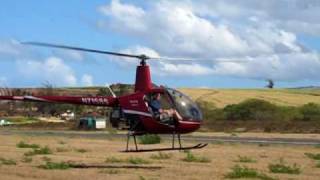 First Solo in a Helicopter (Side-Step)

Side-stepping and set-down to the grass to the south of 09/27 at PAK after my first solo traffic pattern. Not pretty, but I got 'er there. 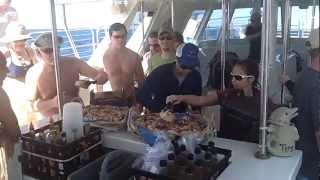 Hanapepe (literally, "crushed bay" in Hawaiian due to landslides in the area) is a census-designated place (CDP) in Kauai County, Hawaii, United States. The population was 2,153 at the 2000 census.

Port Allen Airport is a regional airport of the State of Hawai'i. It is located 1 nautical mile southwest of the unincorporated town of Hanapepe on the south shore of the island of Kaua'i. Most flights to Port Allen Airport originate from commuter airports on the other Hawaiian islands by unscheduled air taxis and general aviation.

Weli Point is a jutting headland overlooking Wahiawa bay on the south coast of the island of Kauai in the Hawaiian Islands.

KUAI is a radio station broadcasting an Adult Contemporary format. Licensed to Eleele, Hawaii, USA, the station serves the Kauai area. The station is currently owned by Visionary Related Entertainment, LLC and features programing from Westwood One and CNN Radio.

Glass Beach is a beach in Hanapepe, an industrial area in Kauai, Hawaii that is made of sea glass. It is in Hanapepe Bay, near Port Allen Harbor. The beach's regular rock is basalt, but the sea glass formed after years of discarded glass.

These are some bigger and more relevant cities in the wider vivinity of Hanapēpē.

This place is known by different names. Here the ones we know:
Hanapepe