Whitmore Village in Honolulu County (Hawaii) with it's 4,499 habitants is a city located in United States about 4,829 mi (or 7,772 km) west of Washington DC, the country's capital town.

Current time in Whitmore Village is now 10:09 PM (Sunday). The local timezone is named Pacific / Honolulu with an UTC offset of -10 hours. We know of 8 airports closer to Whitmore Village, of which one is a larger airport. The closest airport in United States is Wheeler Army Airfield in a distance of 2 mi (or 4 km), South-West. Besides the airports, there are other travel options available (check left side).

Also, if you like playing golf, there are some options within driving distance. We saw 2 points of interest near this location. 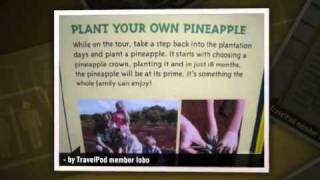 Preview of Lobo's blog at TravelPod. Read the full blog here: http://www.travelpod.com/travel-blog-entries/lobo/excursions/1198261500/tpod.html This blog preview was made by TravelPod using... 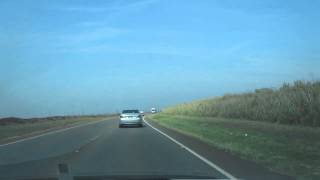 Drive from Wahiawa to Haleiwa on Kamehameha Highway on Oahu. 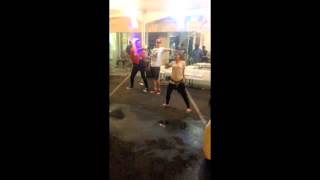 Winner'z Zone Wahiawa celebrated their first year anniversary with Great Grinds, Entertainment and Prizes. Mahalo to all that came and enjoyed the FUN! 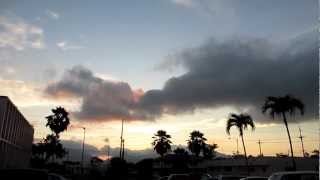 Sunset as seen from Wahiawa General Hospital in Wahiawa on Oahu. 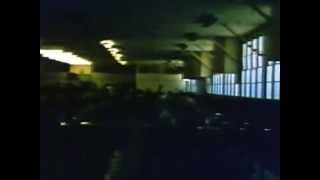 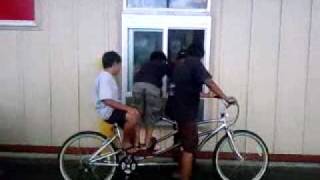 OUR FIRST TRIP TO WAHIAWA USING OUR CUSTOM TWO SEATER BIKE SO THEN WE TOUHGT OF GETTING MICKY D'S SO CRIS CHANCE ND AJ ( THE THREE ON THE BIKE WENT DRIVE ... 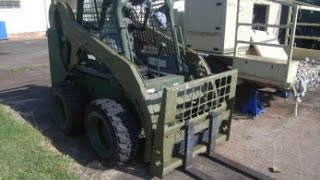 http://www.GovLiquidation.com - You are looking at a Bobcat Tractor Model: S175. Bidding will be open between March 9-March 11. The tractor is located in Wahiawa, HI, and can be viewed on... 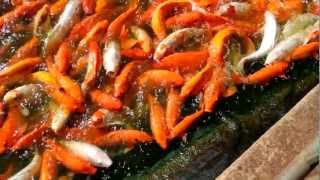 Oahu Hawaii - www.youtube.com/thelostlake - Check out the Koi trying to get food thrown at them. We stopped at the Dole Plantation on Oahu Hawaii when we were there on a Family Vacation. My...

Wahiawa is a census-designated place (CDP) in Honolulu County, Hawaii, United States, on the island of Oahu. It is located in the Wahiawa District, on the plateau or "central valley" between the two volcanic mountains that comprise the island. In Hawaiian, wahi a wā means "place of noise", perhaps a reference to the fact that once upon a time, heavy surf on the distant coast could be heard here. The population was 17,821 at the 2010 census.

Wheeler Army Airfield, also known as Wheeler Field and formerly as Wheeler Air Force Base, is a United States Army post located in the City & County of Honolulu and in the Wahiawa District of the Island of O'ahu, Hawaii. It is a National Historic Landmark for its role in the 7 December 1941 Japanese attack on Pearl Harbor.

Whitmore Village is a census-designated place (CDP) in Honolulu County, Hawaiʻi, United States. The population was 4,499 at the 2010 census.

James Drummond Dole (1877–1958), also known as the "Pineapple King'", was an American industrialist who developed the pineapple industry in Hawaii and established the Hawaiian Pineapple Company. Hawaiian Pineapple Company, or HAPCO, was later reorganized to become the Dole Food Company, which now does business in over 90 countries. Dole was a cousin (once removed) of Sanford B. Dole, President of the Republic of Hawaii.

The Wahiawa Botanical Garden, 27 acres is a botanical garden on a high plateau in central Oʻahu, Hawaiʻi, USA. It is one of the Honolulu Botanical Gardens, and home to a collection of tropical flora requiring a relatively cool environment, with emphasis on native Hawaiian plants. The Garden's site began in the 1920s, when the Hawaiian Sugar Planters' Association leased land from the State of Hawaiʻi for experimental tree planting. Most of the Garden's large trees date from that era.

Leilehua High School is a public, co-educational, college preparatory high school in Wahiawa, Hawaii on the island of Oʻahu. It is part of the Hawaii State Department of Education, nationally recognized as a Blue Ribbon School by the United States Department of Education, and fully accredited by the Western Association of Schools and Colleges (WASC). The school was first established in 1924. It was relocated to its present, 32-acre campus in the historic town of Wahiawa in 1949.

The 199th Fighter Squadron (199 FS) is a unit of the Hawaii Air National Guard 154th Wing located at Joint Base Pearl Harbor-Hickam, Honolulu, Hawaii. The 199th is equipped with the F-22A Raptor.

These are some bigger and more relevant cities in the wider vivinity of Whitmore Village.

This place is known by different names. Here the ones we know:
Whitmore City, Whitmore, Whitmore Village