The district Linktown of in Fife (Scotland) is a subburb located in United Kingdom about 341 mi north of London, the country's capital place.

Being here already, you might want to pay a visit to some of the following locations: Glenrothes, Edinburgh, Dalkeith, Perth and Haddington. To further explore this place, just scroll down and browse the available info. 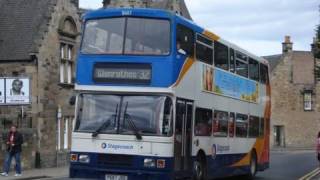 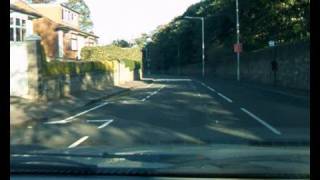 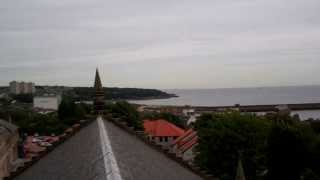 Tour Scotland video aerial view of Kirkcaldy from the top of the Old Kirk Tower in Kirkcaldy, Fife. 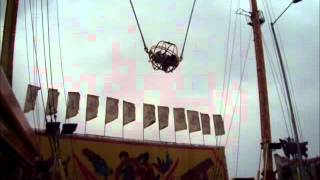 the bungee ball at kirkcaldy links 2012. 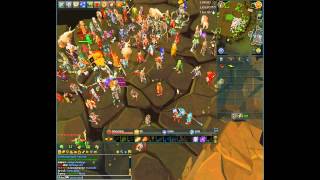 For anyone who is interested in what happens, here it is! no commentary today, Just a quick vid. 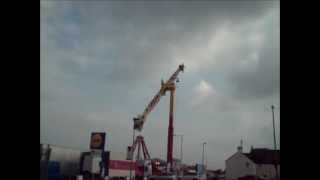 the booster at kirkcaldy links market jus to tell u all the video has been shot from a distance lidles car park to be exact lol an the reason its taken so far away is because of its height... 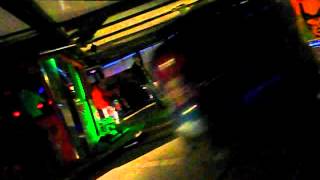 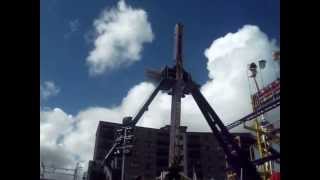 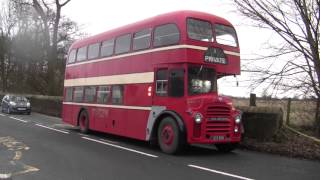 Hogmanay Lowlander - UCS659 Goes To Kirkcaldy! Featuring UCS659 being moved 'ECS' to Kirkcaldy depot on 31/12/12 to be stored over the New Year Holiday period. 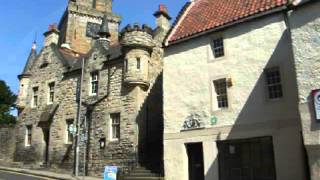 Kinglassie is a small village in central Fife, Scotland. It is located 0.5 miles to the southwest of Glenrothes. The population of the village was recorded as 1,320 as of the 2001 census.

The Links Market in Kirkcaldy, Fife is Europe's longest street fair and the oldest in Scotland. Established in 1304, the annual six-day event attracts between 200,000 and 300,000 visitors to the town. 2004 was the 700th anniversary of the event, with 225 attractions and more than an estimated half a million visitors. The Links Market is held along the town's seafront.

Rossend Castle is a historic building in Burntisland, a town on the south coast of Fife, Scotland. A keep, known as the Tower of Kingorne Wester, was in existence on the site from 1119. It was later referred to as Burntisland Castle, and by 1382 was called Abbot's Hall, as it was the home of the Abbot of Dunfermline. The present building is largely of the 16th century, though with a 13th-century basement, which contains lancet windows and may represent the remains of a chapel.

Balwearie High School is a non-denominational comprehensive secondary school at the west end of Kirkcaldy in Scotland. Balwearie serves around 1750 pupils aged from 11 to 18 and includes a Department of Additional Support (DAS for short) for children with Additional Support Needs.

Inchkeith (from the Scottish Gaelic: Innis Cheith) is an island in the Firth of Forth, Scotland. It is part of the council area of Fife. Inchkeith has had a colourful history as a result of its proximity to Edinburgh and strategic location for use as home for a lighthouse and for military purposes defending the Firth of Forth for attack from shipping, and more recently protecting the upstream Forth Road Bridge, and Rosyth Dockyard.

Fife Ice Arena (originally known as Kirkcaldy Ice Rink) opened in 1938. Kirkcaldy Ice Rink was designed by architects Williamson & Hubbard. Fife Ice Arena is the home venue of the oldest Ice Hockey team in the UK - the Fife Flyers. It is also a venue for public skating, figure skating, speed skating, curling and ice shows. The arena has also hosted concerts, boxing, wrestling, motorcycle ice speedway and other events such as dog shows.

The Craigkelly transmitting station is a broadcasting and telecommunications facility located at Craigkelly north of the Firth of Forth above the town of Burntisland in Fife, Scotland. It has a 125-metre tall free-standing lattice tower. The station came into service in 1968 to improve coverage of BBC 2 to the Edinburgh area, which has a number of hills blocking good reception from Black Hill.

Seafield Colliery was in Kirkcaldy, Fife, Scotland at grid reference NT276895. Work on the colliery was started in 12 May 1954 and it was opened in 1960. On 10 May 1973, five men were killed when a roof collapsed. Despite it being said that it had a life of 150 years, with reserves of 60 million tons - much of the coal being deep under the bed of the Firth of Forth - Seafield Colliery was closed in 1988. In September 1989, the Seafield Colliery twin towers were demolished.

Kirkcaldy Museum and Art Gallery is the main museum and exhibition space in Kirkcaldy in Fife, Scotland. The land for the town's museum and art gallery was donated by John Nairn (the grandson of the linoleum manufacturer, Michael Nairn) on the former site of Balsusney House, the home of John Maxton. This was opened in 1925, with the first chairman of trustee's local cloth-manufacturer businessman John Blyth, the maternal grandfather of politician Michael Portillo.

The A921 road is a road that connects Kirkcaldy with the M90 motorway in Fife, Scotland.

The Harbourmaster's House is a B-listed 18th-century building located by Dysart Harbour, near Kirkcaldy in Fife, Scotland. It houses the first coastal centre in Fife, which was opened by Gordon Brown in 2006. It is run by Fife Coast and Countryside Trust, whose headquarters are in the building.

For the village in Midlothian see Pathhead, Midlothian. Pathhead is an area of Kirkcaldy, in Fife, Scotland. Formerly an independent village, Pathhead was incorporated into the Royal burgh of Kirkcaldy. In Jan Blaeu's map of Scotland from the 17th century reference is made to the village of Peth-heed, present day Pathhead. With the Firth of Forth to the south, Kirkcaldy to the 'west', Dysart to the east, and Gallatown, Sinclairtown and Dunnikier to the north.

The Mercat Shopping Centre is located in Kirkcaldy, the largest town in Fife, Scotland, United Kingdom. The Mercat has three anchor stores; Marks and Spencer, Bhs and TK Maxx. The Mercat - including surrounding areas - accounts for at least 30% of all the floorspace in Kirkcaldy town centre, which in total is 46,000-square-metre and providing as much as 200 shops, making Kirkcaldy the largest shopping area in Fife.

Thornton is a village in Fife, Scotland. It is between Kirkcaldy and Glenrothes, and stands between the River Ore and Lochty Burn, which are at opposite ends of the main street.

Milton of Balgonie is a small village in central Fife, Scotland. It is situated 2 miles to the east of Glenrothes between the nearby villages of Markinch and Coaltown of Balgonie to the west and Windygates to the east. Nearby attractions include Balgonie Castle which is situated between Milton and Coaltown. The ruins of Milton house remain within the woodland of this village where Mary, Queen of Scots sometimes resided.

Victoria Hospital is a large hospital situated to the north of the town centre in Kirkcaldy, in Fife, Scotland. As one of two main hospitals in Fife, this serves both the town and surrounding Mid-Fife area. The Victoria has been run by Fife Acute Hospital NHS trust since 1999, formerly the Kirkcaldy Acute Hospital trust. Construction of the hospital began in 1955, surrounding the site of the sanatorium and fever hospital, completed between 1899 and 1910.

Ravenscraig Castle is a ruined castle located in Kirkcaldy which dates from around 1460. The castle is an early example of artillery defence in Scotland. Now managed by Historic Scotland and protected by Scheduled Ancient Monument this has been recognised as a category A listed building.

Fife Opera is a semi-professional grand opera company dating back to 1975, and based in Kirkcaldy, Scotland. It has produced over 40 full-scale productions since its inception. At present, it is one of only a handful of companies left in Scotland today producing large-scale operas, and one of the few to routinely to play with a full orchestra, and the foremost company of its sort in Fife.

West Wemyss is a village lying on the north shore of the Firth of Forth, in Fife, Scotland. According to the 2007 population estimate, the village has a population of 237. The village was granted burgh of barony status in 1511, bearing the name from the Wemyss family who lived in Wemyss Castle.

The Coaltown of Wemyss is the closest village to Wemyss Castle, Fife, Scotland. "The Coaltown" has a primary school, some small shops, the Earl David Hotel, named after David Wemyss, 2nd Earl of Wemyss and cottages originally built for mineworkers. Close to the village are now-unworked deep coal mine workings. There is a gateway leading towards Wemyss Castle. Wemyss Castle is not open to the public but Wemyss Castle Gardens are open 1 April to 31 July.

Binnend is an abandoned industrial village near Burntisland in Fife. It was established in the early 1880s to house workers at the nearby shale oil extraction works. Production was short-lived, however, and the mines closed in 1894. In 1891, the population was about 760 but it declined quickly; many people had left by the time that the mines closed, but the last inhabitant, George Hood, remained until 1954. The land had been sold to the Whinnyhall Estate.

Kinghorn Castle was a 12th century castle that stood on the headland above Pettycur, near Kinghorn, Scotland. King Alexander III was returning on horseback to Kinghorn Castle to see his new wife Yolande of Dreux, when he fell and was found dead on the beach of Pettycur Bay in March 1286. There are no traces above ground of this castle.

Glamis Tower, sometimes referred to as Glamis Castle was a castle at Kinghorn, Fife, Scotland. Sir John Lyon married Princess Johanna in 1373, the daughter of King Robert II, her dowry included Glamis Castle. Rebuilt in 1543, the castle was besieged by James Kirkcaldy of Grange in 1546 and fell. No traces remain above ground of this castle.