Sunningdale
in Windsor and Maidenhead of England, United Kingdom

Sunningdale in Windsor and Maidenhead (England) is located in United Kingdom about 23 mi (or 37 km) west of London, the country's capital.

Local time in Sunningdale is now 02:34 AM (Monday). The local timezone is named Europe / London with an UTC offset of zero hours. We know of 11 airports in the wider vicinity of Sunningdale, of which 5 are larger airports. The closest airport in United Kingdom is Fairoaks Airport in a distance of 5 mi (or 7 km), South-East. Besides the airports, there are other travel options available (check left side).

There are several Unesco world heritage sites nearby. The closest heritage site in United Kingdom is Stonehenge, Avebury and Associated Sites in a distance of 25 mi (or 40 km), South-East. Also, if you like golfing, there are multiple options in driving distance. We found 3 points of interest in the vicinity of this place. If you need a place to sleep, we compiled a list of available hotels close to the map centre further down the page.

Depending on your travel schedule, you might want to pay a visit to some of the following locations: Old Windsor, Datchet, Warfield, Pirbright and Horton. To further explore this place, just scroll down and browse the available info. 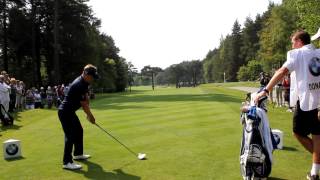 Luke Donald reloads on the 12th hole at Wentworth with his Taylor Made RocketBallz driver during the BMW PGA Championship. 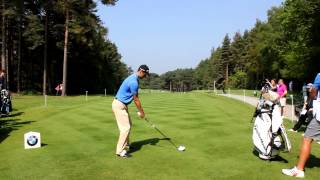 Martin Kaymer rips his RBZ off the 12th tee at Wentworth

Martin Kaymer crushes his Taylor Made RocketBallz driver of the 12 tee at the BMW PGA Championship at Wentworth. 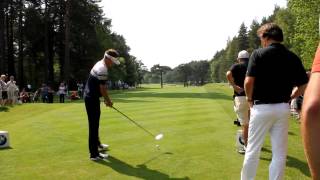 Ian Poulter rips driver off the 12th tee at Wentworth 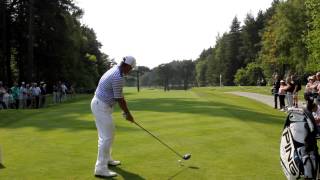 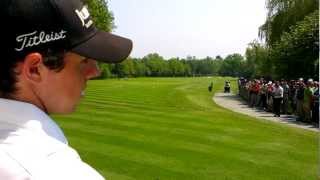 Seriously up close HD video of the world's number 1 holder's tee shot at the par 5 18th at Wentworth on the Pro-Am Wednesday of the BMW Championship, 2012. 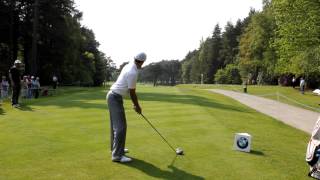 Charl Schwartzel looking technically as good as ever hit his Nike VR Driver off the 12th tee at Wentworth. 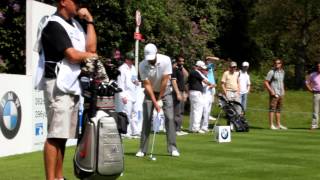 Charl Schwartzel tees off the 7th at Wentworth

Charl Schwartzel pures one of the 7th tee at Wentworth at the BMW PGA Championship. 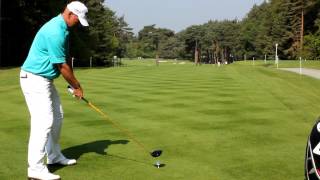 Thomas Bjorn tees off the 12th at Wentworth

Thomas Bjorn puts his Callaway Razr Hawk driver into action as he tees off the 12th at Wentworth during the BMW PGA Championship. 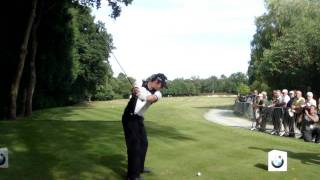 A clean strike cutting the dog leg and setting him up for a shot at the par 5 in two. 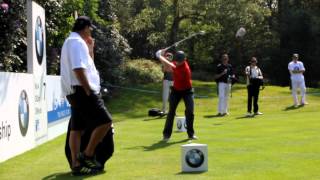 Justin Rose tees off the 7th at Wentworth

Justin Rose tees off the 7th at Wentworth during the BMW PGA Championship.

Tittenhurst Park was the home of John Lennon and Yoko Ono from the late summer of 1969 until August 1971, and then the home of Ringo Starr and family until the late-1980s. It is located on a 72-acre estate off London Road at Beggar's Bush near Sunninghill and over the parish border into Sunningdale, both in the English county of Berkshire. Lennon bought the house for £145,000 from Peter Cadbury. The estate included spectacular gardens, a Tudor cottage and servants' cottages.

Located at 51.4064, -0.63452 (Lat. / Lng.), about 1 miles away.
Wikipedia Article
Buildings and structures in Windsor and Maidenhead, Country houses in Berkshire

Sunningdale Park is a meeting and conference venue in Sunningdale, Berkshire that is run by De Vere Venues. In grounds of 65 acres there is a Grade II listed neo-georgian mansion called Northcote House which was built in 1930 and in which notable features include the grand staircase and front portico. The Sunningdale Agreement on power sharing in Northern Ireland was signed there on December 9, 1973.

The National School of Government (previously known as the Civil Service College and the Centre for Management and Policy Studies, or CMPS) was the part of the Cabinet Office that ran training, organisational development and consultancy courses for UK civil servants and private individual learners. It was mostly based at Sunningdale Park, near Ascot in Berkshire, but had other centres in Edinburgh and London.

Sunningdale Golf Club is a golf club, located approximately 30 miles (45–50 km) to the west of London, in Sunningdale, Berkshire, England. Sunningdale Golf Club was founded in 1900 and has two eighteen hole golf courses: the Old Course, designed by Willie Park, Jr. , and the New Course, designed by Harry Colt. Sunningdale has been host to many presigious golf tournaments, including the British Masters, Walker Cup, Women's British Open and The Senior Open Championship.

Silwood Park is the rural campus of Imperial College London, England. It is situated near the village of Sunninghill, near Ascot in Berkshire. Since 1986, there have been major developments on the site with four new college buildings. Adjacent to these buildings is the Technology Transfer Centre: a science park with units leased to commercial companies for research. There are a number of the divisions of Faculty of Natural Sciences that have a presence on the campus.

Coworth House, currently known as Coworth Park Hotel, is a late 18th-century country house situated at Ascot, in the English county of Berkshire. In 2008, its interiors were gutted and rebuilt to facilitate the house's new use as a hotel. The exterior facades were retained, but a new roof, while uniting the corps de logis and its later early 19th-century flanking wings, has marred the intended Palladian concept of the architecture. Coworth House opened as a luxury hotel-spa on 27 September 2010.

Located at 51.4044, -0.616944 (Lat. / Lng.), about 1 miles away.
Wikipedia Article, Homepage
Houses completed in 1776, Buildings and structures in Windsor and Maidenhead, Country houses in Berkshire, Windsor Great Park, Hotels in Berkshire

Bromhall Priory was a nunnery of Benedictine nuns at Sunningdale in the English county of Berkshire. It was established in 1200 and when dissolved in 1521 by the Bishop of Salisbury, consisted only of a prioress and two nuns. It was described as a 'profane place' and the property was transferred in 1522 by the Crown to St John's College, Cambridge.

These are some bigger and more relevant cities in the wider vivinity of Sunningdale.

I DO LIKE MONDAYS! Free Networking Event In Windsor
Starting at: 07:00 pm (19:00).
More Information: eventful.com.

This place is known by different names. Here the ones we know:
سونينغدل