Warwick in Warwickshire (England) with it's 24,040 habitants is located in United Kingdom about 82 mi (or 132 km) north-west of London, the country's capital town.

Current time in Warwick is now 09:44 PM (Saturday). The local timezone is named Europe / London with an UTC offset of one hour. We know of 9 airports close to Warwick, of which 5 are larger airports. The closest airport in United Kingdom is Coventry Airport in a distance of 7 mi (or 12 km), North-East. Besides the airports, there are other travel options available (check left side).

There are several Unesco world heritage sites nearby. The closest heritage site in United Kingdom is Blenheim Palace in a distance of 50 mi (or 81 km), South-East. Also, if you like playing golf, there are some options within driving distance. If you need a hotel, we compiled a list of available hotels close to the map centre further down the page.

While being here, you might want to pay a visit to some of the following locations: Berkswell, Coventry, Barston, Meriden and Keresley. To further explore this place, just scroll down and browse the available info. 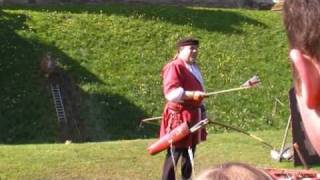 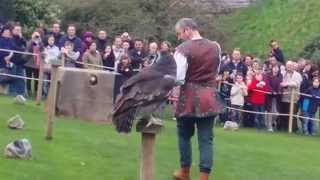 A wonderful demonstration by a falconry team at Warwick castle feature an Eagle, Owl, Vulture and a Condor... the condor part didn't go as plan but nevertheless a great show. 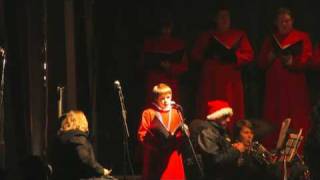 Warwick Castle Christmas Carols 2009. A very cold night, close to freezing, but enjoyed by all. A Fabulous event if you like the atmosphere of carols, mulled wine and chestnuts. Recorded Saturday... 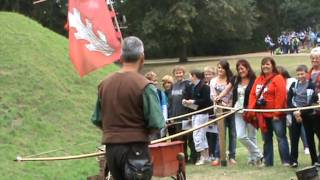 beginning of the castle tour, bowman gives details and times of some events. demonstrates the archers two finger sign, which they show to the defenders, when caughjt those two fingers are... 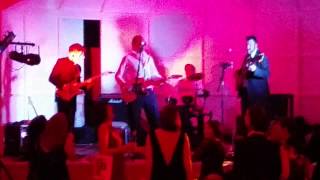 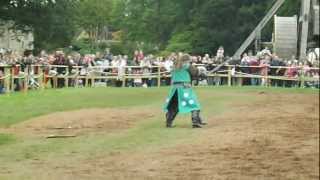 Highlights of a Jousting tournament at Warwick Castle. 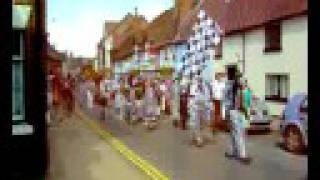 The Morris procession at The Warwick Folk Festival on Saturday 26th July 2008. 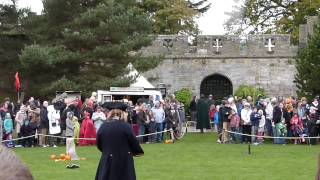 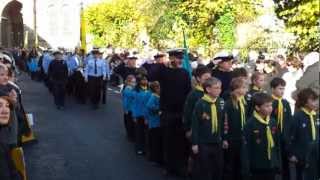 Remembrance Sunday parade in Church Street Warwick. Led by the Warwick Girls Marching Band. I believe taking part in the march are the Royal British Legion, former serving soldiers from the... 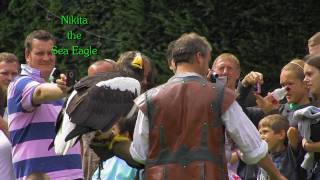 Resident falconers "Hawk experience" at Warwick Castle provide a stunning show of Eagles, Vultures and other birds of prey. This video captures a few of the moments you can expect at the regular...

The Lord Leycester hotel (often known simply as the Lord Leycester) is a hotel in Warwick, United Kingdom, that is located on Jury Street in the centre of the town. The building has variously been private housing, a hotel, and an inn during its history.

The Queen's Own Hussars Museum

The Collegiate Church of St Mary is a Church of England parish church in the town of Warwick, England. It lies in the centre of the town just east of the market place. It is a member of the Greater Churches Group. The church has the status of collegiate church as it had a college of secular canons. In governance and religious observance it was similar to a cathedral (although not the seat of a bishop and without diocesan responsibilities).

The Great Fire of Warwick was a major conflagration that swept through the small town of Warwick, England, beginning at 2:00 p.m. on 5 September 1694 and lasting for six hours. The fire started from a spark from a torch that was being carried up High Street.

Warwick Hospital is situated on Lakin Road in the northwest of Warwick, Warwickshire, England. It has 350 beds and provides inpatient, outpatient and diagnostic services. Warwick Hospital and Stratford Hospital comprise the service providers of the South Warwickshire General Hospitals NHS Trust, which employs over 2,200 people and serves a population of about 270,000.

The Mill Garden is a private garden adjacent to Warwick Castle measuring half an acre open to the public and situated on the bank of the River Avon in Warwick, Warwickshire, England. It is owned by Julia Measures, whose family has owned the gardens since 1938 and whose father Arthur worked on it for 60 years.

St. Nicholas' Park, commonly known as "St. Nick's", is a park is situated in the centre of Warwick, England. Bordering the park to the south is the River Avon.

Priory Park is an urban park located in the centre of Warwick, England. Originally the land was the grounds of a 12th century priory dedicated to St Sepulchre and built in 1124 but this was closed down by King Henry VIII during the dissolution of the Monasteries. It was then destroyed and a residential home was built in 1566 by a man named Thomas Fisher. By 1850 the property had been taken over by the famous Warwickshire family, the Wises.

St John's House Museum is a historic house located in Warwick, just east of the town centre, in Warwickshire, England. It is now a museum, run by Warwickshire County Council, and has had a varied history spanning almost 400 years. To the side of the house is a small garden belonging to St John's and to the rear is the large St. Nicholas' Park. The existing building is not the first on the site.

Warwick Castle, in Warwickshire, UK, was first constructed in 1068. Over its 950 years of history it has been owned by 36 different individuals, plus four periods as crown property under seven different monarchs. It was the family seat of three separate creations of the Earls of Warwick, and has been a family home for members of the Beaumont, Beauchamp, Neville, Plantagenet, Dudley and Greville families.

Hill Close Gardens is a group of 18 surviving Victorian detached gardens on a hillside in Warwick, Warwickshire, England. These were set up in the 19th century on a hillside overlooking Warwick Racecourse to provide gardens for owners of townhouses which did not have their own gardens. They were generally owned staying in families for generations, although some were rented. Each was enclosed by either a wall or hedge, complete with lockable gate to ensure privacy.

St. Mary Immaculate is an active Roman Catholic parish church in the town of Warwick, England. It lies to the south west of the town on West Street outside the West Gate. The church was opened on 12 May 1860 (1860-05-12). The architect was Edward Welby Pugin, eldest son of the more famous Augustus Pugin. The church is built in red brick and Bath stone in the Decorated Gothic style and is a Grade II listed building.

These are some bigger and more relevant cities in the wider vivinity of Warwick.