Upper Stratton in Swindon (England) is located in United Kingdom about 71 mi (or 114 km) west of London, the country's capital town.

Current time in Upper Stratton is now 07:41 AM (Friday). The local timezone is named Europe / London with an UTC offset of one hour. We know of 9 airports close to Upper Stratton, of which 5 are larger airports. The closest airport in United Kingdom is RAF Fairford in a distance of 7 mi (or 11 km), North. Besides the airports, there are other travel options available (check left side).

There are several Unesco world heritage sites nearby. The closest heritage site in United Kingdom is City of Bath in a distance of 15 mi (or 24 km), South. Also, if you like playing golf, there are some options within driving distance. We encountered 1 points of interest near this location. If you need a hotel, we compiled a list of available hotels close to the map centre further down the page.

While being here, you might want to pay a visit to some of the following locations: Swindon, Hannington, Chiseldon, Wanborough and Lydiard Tregoze. To further explore this place, just scroll down and browse the available info. 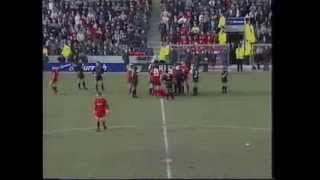 Yes, it really did happen - Man Utd came to Swindon for a LEAGUE game, and didn't win! A week after the Town concede seven at Newcastle, they become the only team to score four past the ... 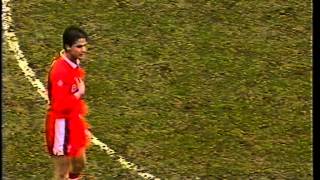 Full ITV coverage, as two goals in five second half minutes put Derby in the driving seat at the Baseball Ground. 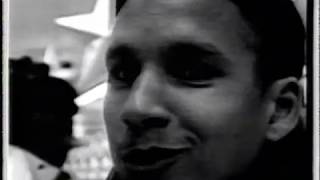 Alan Reeves gives Swindon the lead - but after Clinton Morrison nets an equaliser, Palace are luckily awarded a second when Town goalkeeper Frank Talia is challenged - two minutes later, a... 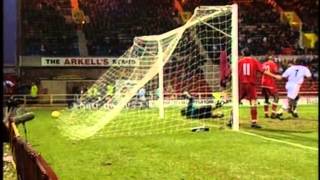 Not even a month after losing by three goals with ten men at Valley Parade, the feat is repeated at the County Ground - despite Iffy Onuora's early goal, Bradford score either side of half... 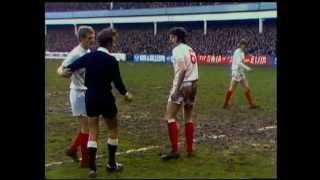 Swindon almost cause an upset at Upton Park - but after Trevor Anderson is denied a clear goalscoring opportunity following a professional foul by Tommy Taylor, Billy Jennings gives West Ham... 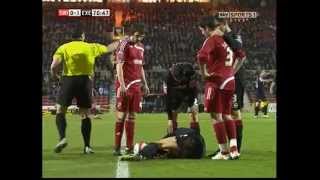 Despite dominating the game, Swindon only retrieve a point thanks to a late own goal in this televised encounter. 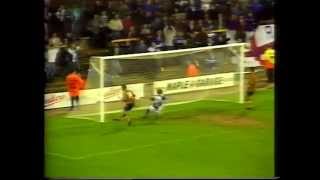 The Town's fourth defeat on the spin is the final straw for the club's board - John Gorman being relieved of his duties after a 3-2 loss at Ashton Gate. 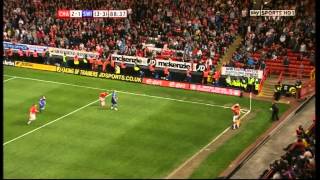 The match that had everything - after losing their goalkeeper to injury in the opening five minutes, Swindon go on to see their goal advantage wiped out by an own goal from Simon Ferry, and... 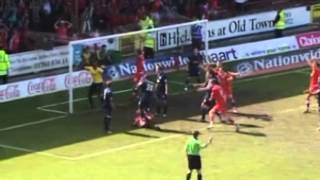 Needing a point for promotion against table topping Walsall, Jerel Ifil scores an excellent diving header to put Swindon into the lead - the game surprisingly comfortable until Dean Keates'... 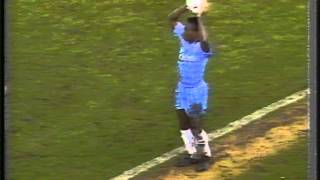 When the originally scheduled match was postponed, Sky hastily arranged to show the Town's match at Coventry instead - but, with the Town 1-0 down, the pictures were lost with just three minutes...

The British National Space Centre (BNSC) was an agency of the Government of the United Kingdom, organised during 1985, that coordinated civil space activities for the UK. It was replaced on 1 April 2010 by the United Kingdom Space Agency (UKSA).

The Magic Roundabout in Swindon, England was constructed in 1972 and consists of five mini-roundabouts arranged around a sixth central, anti-clockwise roundabout. It is located near the County Ground, home of Swindon Town F.C. Its name comes from the popular children's television series The Magic Roundabout. In 2009 it was voted the fourth scariest junction in Britain, in a poll by Britannia Rescue.

The County Ground is a stadium located near the town centre of Swindon, England, and has been home to Swindon Town Football Club since 1896. The current capacity of 15,728, all-seated, has been at that level since the mid-1990s. A record attendance of 32,000 was set on 15 January 1972, against Arsenal in the 3rd round of the FA Cup. North of the football stadium is Swindon Cricket Club, with their pitch is also named The County Ground which was used for the football club from 1893 til 1896.

The School Library Association (SLA) is an independent organization in the United Kingdom which promotes libraries and literacy in schools. The SLA was founded in 1937 and is based at Kembrey Park in north-eastern Swindon. It is a charity registered in England & Wales and Scotland. It provides training and information to teachers and librarians, promotes the role of librarians in schools and publishes a range of titles including a quarterly journal, The School Librarian.

Swindon College is a further education college in Swindon, England. Its campus is at North Star, just outside the town centre. The college has HNC/Ds and Foundation Degrees, through to BA (Hons) courses and a postgraduate programme. It is also the provider of The Fitness Academy, based at Centre Fitness gym.

St. Joseph's Catholic College is a secondary school in Swindon. It is a Roman Catholic school but is open to other religions. It is a mixed sex school of approximately 1200 pupils. The school's uniform includes a red jumper for girls and a grey jumper for boys, who also have to wear a tie bearing the school logo. As the only Catholic Secondary school in Swindon it is culturally diverse, taking pupils from all over Swindon and the surrounding villages.

The Oasis Leisure Centre (commonly Swindon Oasis) is an entertainment and sports complex, situated outside Swindon town centre. It has many facilities available, such lagoon swimming pool, gym, bar and concert hall. Over the last few years, the concert hall has become a major venue for touring acts and can hold approximately 3,000 people. The Britpop band Oasis took their name after singer Liam Gallagher saw the name as a venue from a poster.

These are some bigger and more relevant cities in the wider vivinity of Upper Stratton.