Grimpo in Shropshire (England) is a town located in United Kingdom about 151 mi (or 243 km) north-west of London, the country's capital place.

Time in Grimpo is now 07:11 AM (Sunday). The local timezone is named Europe / London with an UTC offset of one hour. We know of 9 airports nearby Grimpo, of which 4 are larger airports. The closest airport in United Kingdom is Hawarden Airport in a distance of 24 mi (or 38 km), North. Besides the airports, there are other travel options available (check left side).

There are several Unesco world heritage sites nearby. The closest heritage site in United Kingdom is Pontcysyllte Aqueduct and Canal in a distance of 9 mi (or 15 km), North. Also, if you like the game of golf, there are several options within driving distance. Need some hints on where to stay? We compiled a list of available hotels close to the map centre further down the page.

Being here already, you might want to pay a visit to some of the following locations: Whittington, Great Ness, Oswestry, Petton and Overton. To further explore this place, just scroll down and browse the available info. 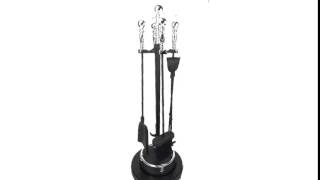 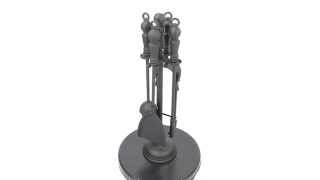 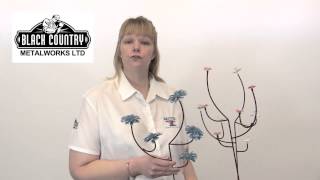 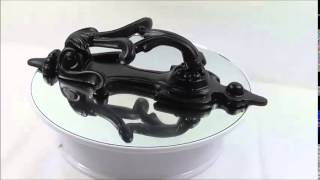 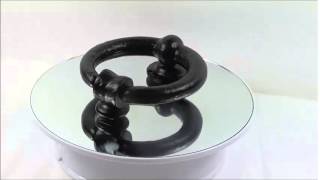 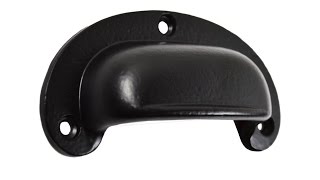 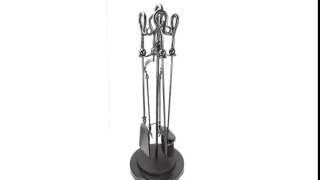 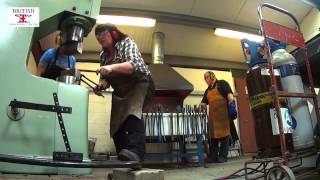 Annie Stokes, our resident blacksmith, teaching at the Hereford school of Blacksmithing. 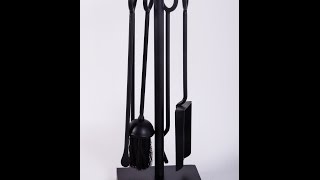 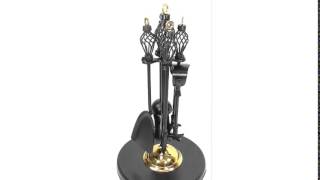 Shelvock Manor is a house and grounds in a township of the same name near Shrewsbury, Shropshire, England. It was once a place of local importance, and was for more than two centuries the seat of the Thornes, a leading family in Shropshire. The first recorded spelling of Shelvock was Shelfhoc (1175), and later Sselvak & Schelfac (around the year 1270). The name is most likely derived from the Saxon "ac" meaning oak, prefixed by its location on a shelf or hill.

The River Perry is a river in Shropshire, England. It rises near Oswestry and flows south to meet the River Severn above Shrewsbury. The channel has been heavily engineered, both to enable water mills to be powered by it, and to improve the drainage of the surrounding land. The middle section crosses Baggy Moor, where major improvements were made in 1777 to drain the moor, and a section of the river bed was lowered in the 1980s, to continue the process.

West Felton is a village and civil parish in Shropshire, England. At the 2001 census the parish, which also includes the settlements of Rednal, Grimpo and Haughton, had a population of 1,380. The village originally grew around a Norman castle, whose motte lies next to the church. It was recorded in the Domesday Book as Feltone, and as "Felton by le Knokyn" in 1303. The name Felton probably represents a combination of Old English feld, "open land", and tun, "settlement".

Hordley is a small and rural village and civil parish in North Shropshire, Shropshire, England. It lies a few miles south of Ellesmere. Hordley takes its name from the Hoord Family of whom Henry de Hoord (c.1170) is the first recorded. "'In 1215, King John confirms to the Prior and Monks of Durham a gift which Henry de Hoord made to them. ' It is thought that the name itself is of Scandinavian origin, there being a family name of Hord in Sweden.

Rednal & West Felton railway station was a minor station on the GWR’s Paddington to Birkenhead main line. Today this is part of the Shrewsbury to Chester line. The distinctive red brick station building (now a private house) can still be seen on the west side of the line.

Haughton Halt was a minor station located north of Shrewsbury on the GWR’s Paddington to Birkenhead main line. It was opened in the nineteen thirties as part of the GWR's halt construction programme, aimed at combatting growing competition from bus services and would primarily have served the adjacent (and now disused) Haughton Airfield. Today the route is part of the Shrewsbury to Chester line. Nothing now remains on the site.

Rednal rail crash was a rail accident that occurred near Rednal station in Shropshire. On 7 June 1865 a permanent way (groundwork and rails) gang were lifting and packing the "up" line 600 yards north of Rednal station on a 1 in 132 gradient that falls from Whittington. A green flag had been set 1100 yards away at the top of the incline as a warning. At 12:29 an excursion train from Birkenhead left Chester for Shrewsbury consisting of 28 coaches and two brake vans and hauled by two locomotives.

Grimpo is a small hamlet in Shropshire, England. Its unusual name was formerly written Grimpool, and is possibly based on an Old English personal name. It developed as a settlement of squatter's cottages on the edge of unenclosed marshland. Grimpo is in the civil parish of West Felton, which lies a short distance to the west.

These are some bigger and more relevant cities in the wider vivinity of Grimpo.