Pill in North Somerset (England) is a place in United Kingdom about 110 mi (or 177 km) west of London, the country's capital city.

Current time in Pill is now 06:51 AM (Saturday). The local timezone is named Europe / London with an UTC offset of zero hours. We know of 10 airports near Pill, of which 5 are larger airports. The closest airport in United Kingdom is Bristol Filton Airport in a distance of 5 mi (or 8 km), North-East. Besides the airports, there are other travel options available (check left side).

There are several Unesco world heritage sites nearby. The closest heritage site in United Kingdom is Blaenavon Industrial Landscape in a distance of 23 mi (or 37 km), North-West. Also, if you like playing golf, there are a few options in driving distance. We encountered 2 points of interest in the vicinity of this place. If you need a hotel, we compiled a list of available hotels close to the map centre further down the page.

While being here, you might want to pay a visit to some of the following locations: Dundry, Bristol, Winford, Brockley and Butcombe. To further explore this place, just scroll down and browse the available info. 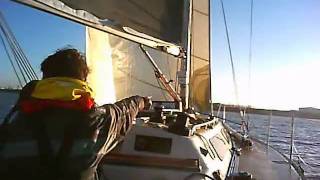 This is the last race in the winter series, held one cold January morning in 2011. Not much wind to start with but it soon picked up and got us accross the line 3rd. This was enough to secure... 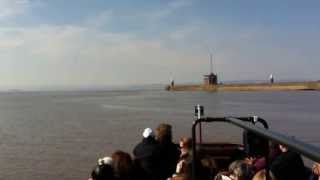 Things To Do In Bristol - Bristol Packet Boat Trips

At the mouth of the Avon looking out to the Bristol Channel. A fantastic trip with plenty of shipping. One of the great things to do in Bristol with Bristol Packet Boat Trips http://www.bristolpack... 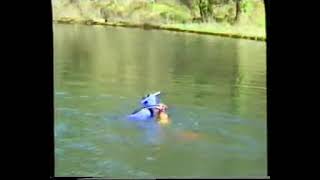 The only video I have of my SCUBA diving years,such a shame as I did some great dives with the BSAC and PADI.Wish the digital cameras we have now were around then :( 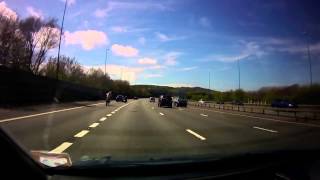 Contour GPS 2013-05-05 Two motorcycles on the M5 just south of the Avonmouth Bridge, one of them without a license plate. They might not even be motorway leg... 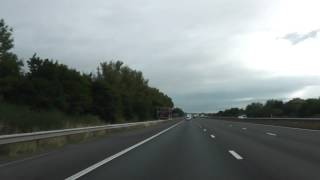 Driving On The M5 From J31 A30 A38 To Gordano Services J19, Portbury, Bristol, Somerset, England 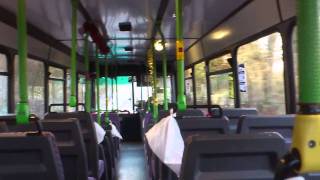 A feral child (also, colloquially, wild child) is a human child who has lived isolated from human contact from a very young age, and has no (or little) experience of human care, loving or social... 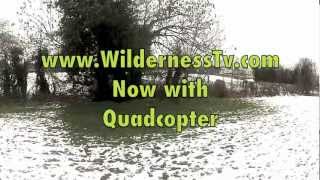 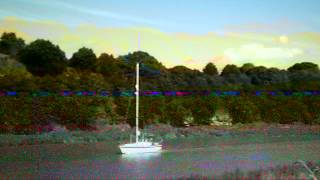 The Avonmouth Bridge is a road bridge that carries the M5 motorway over the River Avon into Somerset near Bristol, England. The main span is 538 ft long, and the bridge is 4,554 ft long, with an air draught above mean high water level of 98.4 ft . It also has a separate footpath and cycleway.

The Avonmouth Docks are part of the Port of Bristol, in England. They are situated on the northern side of the mouth of the River Avon, opposite the Royal Portbury Dock on the southern side, where the river joins the Severn estuary, within Avonmouth. Avonmouth Docks are one of the UK's major ports for chilled foods, especially fruit and vegetables. The docks are on the rail network, served by Avonmouth railway station on the Severn Beach Line. The M5 motorway is nearby.

Located at 51.505, -2.707 (Lat. / Lng.), about 2 miles away.
Wikipedia Article
History of Bristol, Transport in Bristol, Ports and harbours of the Bristol Channel, Port of Bristol, Bristol Port Railway and Pier

Horseshoe Bend, Shirehampton is a 4.45 hectare biological Site of Special Scientific Interest in Bristol, England, on the north bank of a lower, tidal stretch of the River Avon, 3 kilometres downstream from the Avon Gorge, and just east of the village of Shirehampton. It was notified as an SSSI in 1999.

Lamplighters Marsh is a public open space near Shirehampton in the city of Bristol, England. It is a narrow strip of land between the railway line which connects Bristol to Avonmouth, and the River Avon. The site contains two main types of vegtation: an area of marsh, which contains a varied plant community, including Water Parsnip and Wild Celery, and an area of wasteland which is also botanically notable, with species including Narrow-leaved Everlasting-pea.

These are some bigger and more relevant cities in the wider vivinity of Pill.

I DO LIKE MONDAYS! Free Networking Event In Nailsea
Starting at: 07:00 pm (19:00).
More Information: eventful.com.

This place is known by different names. Here the ones we know:
Pill