Feltwell in Norfolk (England) with it's 2,635 habitants is a town located in United Kingdom about 73 mi (or 117 km) north of London, the country's capital town.

Time in Feltwell is now 08:00 AM (Friday). The local timezone is named Europe / London with an UTC offset of zero hours. We know of 9 airports closer to Feltwell, of which 5 are larger airports. The closest airport in United Kingdom is RAF Lakenheath in a distance of 6 mi (or 9 km), South. Besides the airports, there are other travel options available (check left side).

There are several Unesco world heritage sites nearby. The closest heritage site in United Kingdom is Derwent Valley Mills in a distance of 57 mi (or 92 km), North-West. Also, if you like the game of golf, there is an option about 19 mi (or 30 km). away. We saw 1 points of interest near this location.

Since you are here already, you might want to pay a visit to some of the following locations: Shropham, Snetterton, Fulbourn, Linton and Cambridge. To further explore this place, just scroll down and browse the available info. 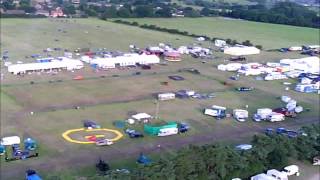 This is a short video of a flight I made with a "Top Gun" Headwind model B electric model. The site was at the Weeting steam rally 2012 on a lovely still evening. There is lots of blue sky...

Enviromat sedum matting is a haven for wildlife of all kinds, but especially pollinating insects. The nectar rich flowers are a magnet for butterflies. Try using Enviromat as ground cover... 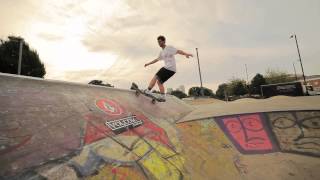 Featuring Dan Lonngren, Jake Watt and Will Thompson. This edit went down at 7am in Mile End - We had a 3 hour window before Jake and Will had to get to work so the monkey business got under... 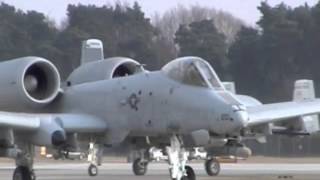 First mission on the Monday nice to see the Hogs back again with that familiar whining sound. 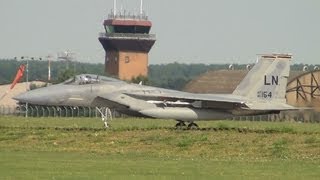 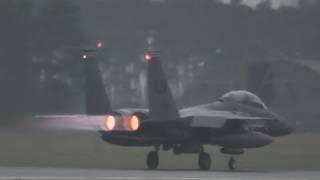 My first trip to the Heath with my HD camera :) 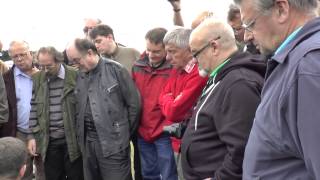 Norfolk Amateur Radio Club vist to UASF Lakenheath on 13 June 2013 on a very windy day. Managed to view the control tower, air trafic control and their radios - but did not get a look at a... 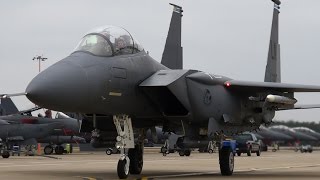 A pair of F-15E Strike Eagles taxiing for departure at RAF Lakenheath. Thanks to Herts Aviation Society (www.hertsaviationsociety.co.uk) for organising the tour. 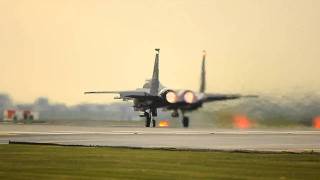 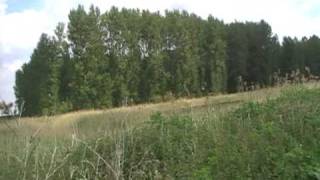 Shocking video I know (I think my video camera's on its last legs) but I had to upload this. Two bitterns flying far and high in the middle of the day over the reeds at Lakenheath Fen, whilst...

RAF Feltwell is a Royal Air Force station in Norfolk, East Anglia that is used by the United States Air Forces Europe. The station is located about 10 miles west of Thetford, and is in the borough of King's Lynn at approximate Ordnance Survey grid reference TL 715 900.

Located at 52.481, 0.52402 (Lat. / Lng.), about 0 miles away.
Wikipedia Article
Bases of the United States Air Force in the United Kingdom, Royal Air Force stations in Norfolk, Military history of Norfolk

Lakenheath railway station serves the village of Lakenheath in Suffolk, England. The station lies some three miles north of the village of Lakenheath, and is not within convenient walking distance of any sizable population. However, there is a population of over 10,000 people within a 5 mile radius of the station. Services at Lakenheath comprise one train in each direction on Saturdays and three trains in each direction on Sundays. There are no services on Mondays to Fridays.

St Nicholas' Church, Feltwell, is a redundant Anglican church in the village of Feltwell, Norfolk, England. It has been designated by English Heritage as a Grade I listed building, and is under the care of the Churches Conservation Trust. It has a partly collapsed west tower, and is unusual in being broader than it is long, having two side aisles and no chancel.

These are some bigger and more relevant cities in the wider vivinity of Feltwell.