Ulnes Walton in Lancashire (England) is located in United Kingdom about 185 mi (or 297 km) north-west of London, the country's capital.

Local time in Ulnes Walton is now 08:13 PM (Sunday). The local timezone is named Europe / London with an UTC offset of zero hours. We know of 9 airports in the wider vicinity of Ulnes Walton, of which 4 are larger airports. The closest airport in United Kingdom is Blackpool International Airport in a distance of 14 mi (or 23 km), North-West. Besides the airports, there are other travel options available (check left side).

There are several Unesco world heritage sites nearby. The closest heritage site in United Kingdom is Pontcysyllte Aqueduct and Canal in a distance of 48 mi (or 78 km), South. Also, if you like golfing, there are multiple options in driving distance. We found 1 points of interest in the vicinity of this place. If you need a place to sleep, we compiled a list of available hotels close to the map centre further down the page.

Depending on your travel schedule, you might want to pay a visit to some of the following locations: Preston, Chorley, Freckleton, Wigan and Haigh. To further explore this place, just scroll down and browse the available info. 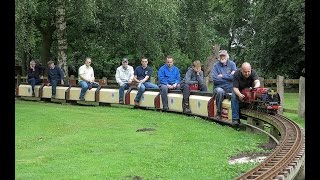 Thursday 31/07/2014 was the Leyland SME 'LEYLEC' event. This is a new efficiency competition for LSME members to see how efficiently they can drive their steam locomotives. Also visitors from... 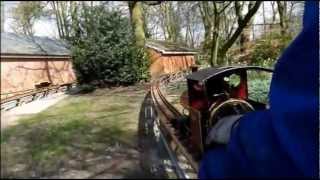 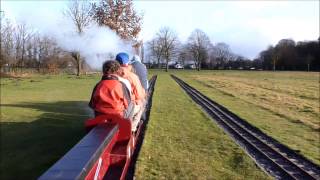 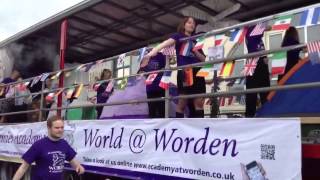 Academy@Worden Float at the Leyland Festival 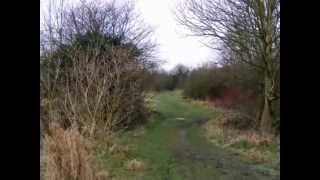 A Country Walk - A one year timelapse project

Available in HD. For one year, each time I took my dog, Tilly, out for a walk, I took a picture. To make the timelapse interesting, I started in a known position, and moved forwards one pace... 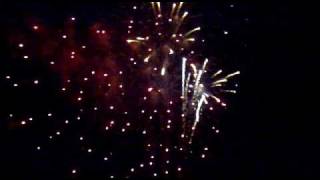 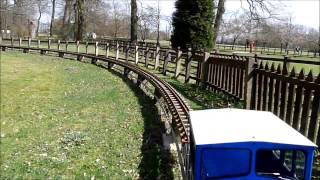 http://www.facebook.com/bellariaalpinenorthern First track test of "Alpine Courier" a Phoenix Locos Titan 5. The finished loco weighs in the region of 200lbs and produces about 50lbs of tractive... 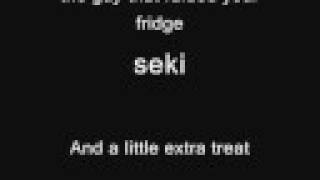 No.2 in the phat seki production series! 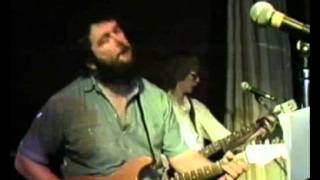 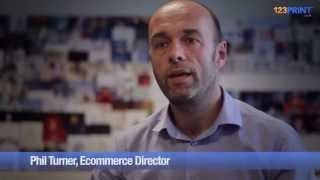 123Print UK | The Operational Side to our Business

Welcome to the first operational video from 123Print UK! In this video, we wanted to tell you about who we are. what we do and how we do it. Meet our E-Commerce Director - Phil Turner, and...

Croston railway station serves the small village of Croston, near Chorley in Lancashire, England, the station is on the Ormskirk branch line. This line was cut back with the railway restructuring of the 1960s and 1970s, and only a single DMU operates over the line, shuttling from end to end to provide a train approximately every ninety minutes each way on weekdays (there being no Sunday service).

Worden Park is a large area of parkland situated on the outskirts of Leyland, a town in the borough of South Ribble, Lancashire, England. It is less than a quarter of a mile from the town centre, yet is a peaceful and relaxed environment.

Moss Side is a suburban, semi-rural community on the western side of Leyland, Lancashire, England in the borough of South Ribble. The suburb is growing. It is adjacent to Bretherton, Ulnes Walton and Midge Hall. There is a Scouts Group in the area and a Concert Party who perform for the elderly. There are bowling and running groups in the community as well.

Eccleston Quarry is a mile south of Eccleston, Lancashire. It is also called Eccleston Delph and Eccy Delph (pronounced "ekky"). It is an old stone quarry that flooded. It is a popular site for scuba diving. Visibility is generally very poor and ropes have been strung between each underwater 'feature' to aid navigation, since traditional compass methods are all but impossible in the murky waters. Though much work has been undertaken to improve visibility in the recent past.

Worden Sports College is situated in Leyland, Lancashire in the South Ribble district. Opened in 1955 as Worden County Secondary School, it became Worden High School in 1972 with the introduction of the Comprehensive System to Lancashire and the abolition of the 11-plus examination.

HM Prison Wymott Category C men's prison, located in the village of Ulnes Walton, in Lancashire, England. Wymott is operated by Her Majesty's Prison Service, and is situated next to HMP Garth.

Located at 53.6784, -2.7502 (Lat. / Lng.), about 1 miles away.
Wikipedia Article
Category C prisons in England, Prisons in Lancashire, 1979 establishments in England, Buildings and structures in Chorley

HM Prison Garth is a Category B men's prison, located in the village of Ulnes Walton, in Lancashire, England. Garth is operated by Her Majesty's Prison Service, and is situated next to HMP Wymott.

Located at 53.6804, -2.7582 (Lat. / Lng.), about 1 miles away.
Wikipedia Article
Prisons in Lancashire, Category B prisons in England, 1988 establishments in England, Buildings and structures in Chorley

Runshaw Hall is a grade II listed 19th century country house in Runshaw Hall Lane, Euxton, Chorley, Lancashire which has been converted into apartments. It is surrounded by parkland containing a pond and woodland. The hall is an italianate rectangular two-storey building built of red brick with yellow stone dressing and a hipped slate roof. There are 6 bays along the longer side and 3 along the shorter.

These are some bigger and more relevant cities in the wider vivinity of Ulnes Walton.

I DO LIKE MONDAYS! Free Networking Event In Leyland
Starting at: 07:00 pm (19:00).
More Information: eventful.com.