West Stourmouth in Kent (England) is a city in United Kingdom about 60 mi (or 97 km) east of London, the country's capital city.

Local time in West Stourmouth is now 05:23 AM (Tuesday). The local timezone is named Europe / London with an UTC offset of one hour. We know of 12 airports in the vicinity of West Stourmouth, of which 4 are larger airports. The closest airport in United Kingdom is Kent International Airport in a distance of 5 mi (or 8 km), East. Besides the airports, there are other travel options available (check left side).

There are several Unesco world heritage sites nearby. The closest heritage site in United Kingdom is Canterbury Cathedral, St Augustine's Abbey, and St Martin's Church in a distance of 7 mi (or 11 km), South-West. Also, if you like golfing, there are a few options in driving distance. Looking for a place to stay? we compiled a list of available hotels close to the map centre further down the page.

When in this area, you might want to pay a visit to some of the following locations: Ashford, Southend-on-Sea, Leigh-on-Sea, Upper Stoke and Canvey Island. To further explore this place, just scroll down and browse the available info. 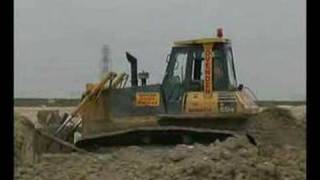 Removal and redistribution of soil by machine at 'Thanet Earth', Thanet, Kent, England. 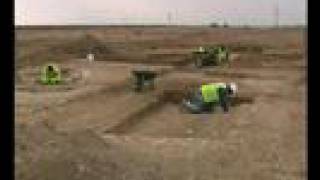 Excavation of a Roman building 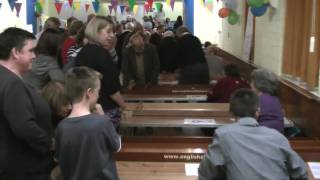 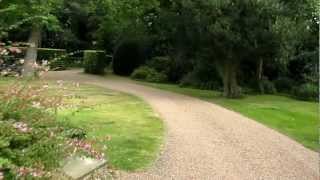 Spirit Box Session done while on location at Reculver Towers, While using the box we asked how many children were here....!! As you will hear a males voice came back with the number 4! Just... 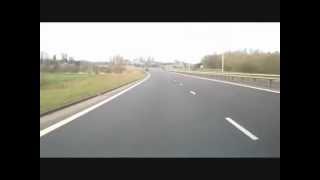 A299 St Nicholas at Wade to Broomfield Kent England 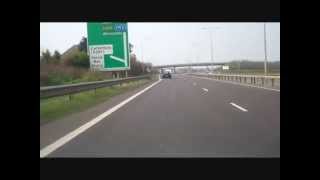 A299 - St Nicholas at Wade to Broomfield in Kent

A steady drive along the A299 dual carriageway from St Nicholas at Wade to Broomfield, Herne Bay Kent England 2011. 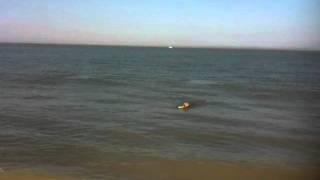 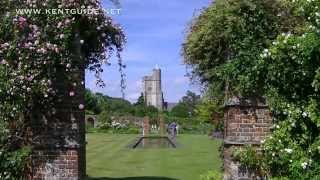 A colourful summer visit to the glorious gardens of Goodnestone Park, created over the centuries by the Fitzwalter family. It was a regular retreat for Jane Austen, who began writing Pride...

Road signs (33 of them) on roundabout approach A299 Thanet

There are 33 road signs in the half mile A299 Thanet Way lead up to the St Nicolas at Wade roundabout in north east Kent.

Sarre Penn is a tributary of the River Stour in Kent, England, joining with the River Wantsum near Sarre, where it is known locally as the Fishbourne Stream. The stream runs from its source in the parish of Dunkirk, north of Canterbury, 13.4 kilometres, to the Wantsum Channel and the Stour, it travels north east, running parallel to the Great Stour river, with the Roman road running in between.

Grove Ferry and Upstreet was a railway station in east Kent. It was opened by South Eastern Railway (SER), on the Ashford to Ramsgate (via Canterbury West) line between Minster station and Sturry station. The buildings have been demolished and only a few traces remain of the platforms

Sarre Windmill is a Grade II listed smock mill in Sarre, Kent, England that was built in 1820, and is now a commercially working windmill that has been restored and is open to the public.

All Saints Church, West Stourmouth, is a redundant Anglican church in the civil parish of Stourmouth, Kent, England. It has been designated by English Heritage as a Grade I listed building, and is under the care of the Churches Conservation Trust. The church stands in the settlement of West Stourmouth, some 4 miles north of Wingham to the southeast of the A28 road.

Wingham Wildlife Park is a medium sized wildlife park situated near Wingham in Kent, UK where it covers an area of 26 acres (13 acres of animal housing area and a further 13 acres of car parking and overflow). In 2011 the species count at the park reached 180 species, growing to over 200 in 2013 covering fish, mammals, reptiles, amphibians, invertebrates and birds.

Located at 51.2799, 1.2281 (Lat. / Lng.), about 3 miles away.
Wikipedia Article
Articles created via the Article Wizard, Zoos in England, Visitor attractions in Kent

These are some bigger and more relevant cities in the wider vivinity of West Stourmouth.