Chatham in Kent (England) with it's 75,509 habitants is located in United Kingdom about 30 mi (or 48 km) east of London, the country's capital town.

Current time in Chatham is now 09:30 PM (Monday). The local timezone is named Europe / London with an UTC offset of one hour. We know of 11 airports close to Chatham, of which 5 are larger airports. The closest airport in United Kingdom is Rochester Airport in a distance of 2 mi (or 3 km), South-West. Besides the airports, there are other travel options available (check left side).

There are several Unesco world heritage sites nearby. The closest heritage site in United Kingdom is Royal Botanic Gardens, Kew in a distance of 12 mi (or 20 km), North-West. Also, if you like playing golf, there are some options within driving distance. We encountered 1 points of interest near this location. If you need a hotel, we compiled a list of available hotels close to the map centre further down the page.

While being here, you might want to pay a visit to some of the following locations: Rochester, Cuxton, High Halstow, Cooling and Boxley. To further explore this place, just scroll down and browse the available info.

Address
1,9 mi
WILL ADAMS WAY
ME8 6BY Gillingham
United Kingdom

www.flyingfishhovercraft.co.uk 01304 619820 Complete Hovercraft Kits with every single piece required for the build - from £5500.00+VAT Make sure you subscribe to our channel to see lots... 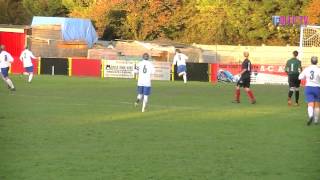 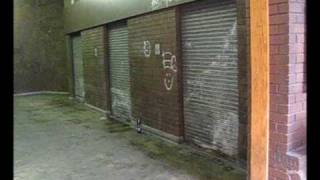 lifts at tescos in chatham

lifts at tescos in chatham. These lifts are breaking down every time I visit somthing else goes wrong. these are O&K lifts. here is a later video of these lifts http://www.youtube.com/watch?v=VBVn... 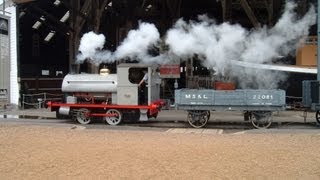 A couple of the trains at Chatham Royal Dockyard on 4th August 2012. The Peckett was made in 1936 and is the grey one that was shunting around the 5 and 10 ton wagons. 'Ajax' is the... 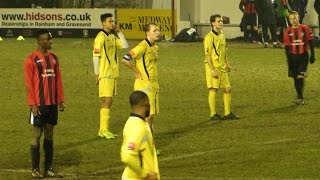 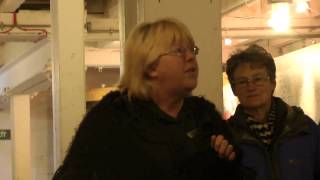 A trip to Chatham Dockyards was most interesting. The guide in the ropery was very good, telling us tales of how the men were flogged using a cat of nine tails and why was it called a cat... 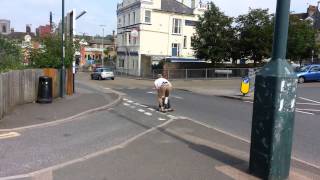 Riding on the horse in Chatham,England ! 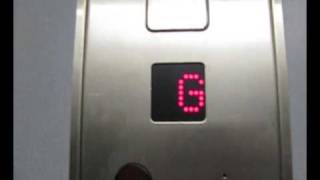 Lift in flats on Chatham hill

Lift in some flats on Chatham hill. These flats were only built a few years ago but already look grotty inside. http://benobve.110mb.com. 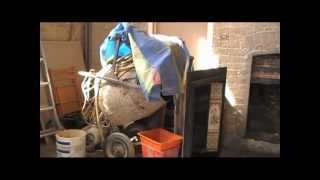 A Short look inside the old Ragged school in Chatham, which has stood for over 150 years and is now being repaired and brought back into use, I was lucky enough to be invited inside during... 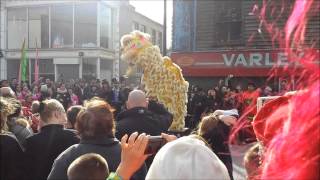 Fort Luton was built between 1876 and 1892 south of Chatham, Medway, South East England. It is one of the five late Victorian land front forts built to defend the overland approaches to Chatham. It is the smallest of the Chatham forts and was built near to the village of Luton.

Fort Amherst, in Medway, South East England, was constructed in 1756 at the southern end of the Brompton lines of defence to protect the southeastern approaches to Chatham Dockyard and the River Medway against a French invasion. Fort Amherst is now open as a visitor attraction throughout the year, running tours through the tunnel complex. The primary purpose of all the Medway fortifications was the defence of the Naval Dockyard. Land was acquired by two Acts of Parliament in 1708 and 1709.

Located at 51.3873, 0.5257 (Lat. / Lng.), about 1 miles away.
Wikipedia Article
Forts in Medway, Napoleonic forts in England, Museums in Medway, Military and war museums in England, Scheduled Ancient Monuments in Kent

Fort Pitt was a fort built between 1805 and 1819 on the high ground of the boundary between Chatham and Rochester, Kent. It did not last long because it became a hospital for invalid soldiers in 1828, with an asylum added in 1849. Prompted by Florence Nightingale, the first Army Medical School was founded there in 1860, then to move to Netley in Hampshire in 1863. By the 1920s the hospital was closed and the site converted into a girls school, now known as Fort Pitt Grammar School.

Rochester and Chatham was a parliamentary constituency in Kent which returned one Member of Parliament (MP) to the House of Commons of the Parliament of the United Kingdom from 1950 until it was abolished for the 1983 general election. It largely replaced the former Chatham, which in turn had taken some of the previous Rochester seat in 1918. In turn it gave way to the Medway constituency in 1983, which for the 2010 election was renamed Rochester and Strood.

Chatham was a parliamentary constituency in Kent which returned one Member of Parliament (MP) to the House of Commons of the Parliament of the United Kingdom. It was created for the 1832 general election, when the borough of Chatham was enfranchised under the Reform Act 1832. It was abolished for the 1950 general election, when it was largely replaced by the new Rochester and Chatham constituency. This then became Medway in 1983.

The A230 is a short road running north-south in the Medway town of Chatham in Kent. The whole length of the road is within Medway Unitary Authority and is a non-primary route.

Chatham Naval Memorial is a large obelisk situated in the town of Chatham, Kent, which is in the Medway Towns. The memorial is now the main feature of The Great Line Heritage Park. The huge expanse of the Great Lines was in its own right a layer of defence to protect Chatham Dockyard from attack.

Pentagon bus station was the main bus interchange in Chatham, Medway, South East England. It was an integral part of the Pentagon Shopping Centre. Before its closure in 2011, 80% of local services started, terminated or passed through the Centre. As part of the redevelopment plans for central Chatham, the Pentagon bus station was replaced in October 2011 by the Chatham Waterfront bus station on Globe Lane, adjacent to Military Rd.

Medway Maritime Hospital is a general hospital in Gillingham, England within the NHS South East Coast. It is run by Medway NHS which is a foundation trust. It is Kent's largest and busiest hospital, dealing with around 400,000 patients annually. It was founded as the Royal Naval Hospital in 1902 for the Naval personnel at the Chatham Dockyard. At that time the main corridor was almost 1,000 feet long.

The Medway NHS Trust is one of four hospital trusts in Kent, in southeast England. The trust employs over 3500 staff. The trust's main focus is running Medway Maritime Hospital in Gillingham, Medway.

Chatham Waterfront bus station serves the area of Medway, South East England. The bus station opened in October 2011, replacing the town's previous Pentagon bus station which dated back from the 1970s and was considered not a welcome environment for passengers. The bus station is part of the town's regeneration scheme. Medway Council demolished the John Hawkins flyover in Chatham town centre to make room for the bus station.

These are some bigger and more relevant cities in the wider vivinity of Chatham.