Harpenden in Hertfordshire (England) with it's 30,240 inhabitants is a city in United Kingdom about 23 mi (or 38 km) north-west of London, the country's capital.

Local time in Harpenden is now 02:10 PM (Thursday). The local timezone is named Europe / London with an UTC offset of one hour. We know of 9 airports in the vicinity of Harpenden, of which 5 are larger airports. The closest airport in United Kingdom is London Luton Airport in a distance of 4 mi (or 6 km), North. Besides the airports, there are other travel options available (check left side).

There are several Unesco world heritage sites nearby. The closest heritage site in United Kingdom is Blenheim Palace in a distance of 12 mi (or 20 km), West. Also, if you like golfing, there are multiple options in driving distance. We found 3 points of interest in the vicinity of this place. If you need a place to sleep, we compiled a list of available hotels close to the map centre further down the page.

Depending on your travel schedule, you might want to pay a visit to some of the following locations: Luton, Caddington, Streatley, Barton-le-Clay and Shillington. To further explore this place, just scroll down and browse the available info. 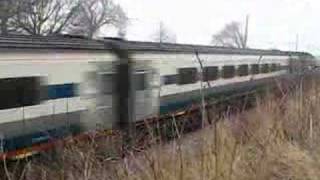 An HST in Midland Main Line colours is seen passing East Hyde near Luton on a foggy February morning. 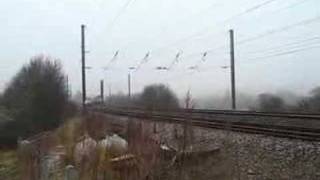 Class 319 and Meridian at East Hyde near Luton

A First Capital Connect Class 319 is followed closely by a Midland Main Line Meridian unit at East Hyde, near Luton. 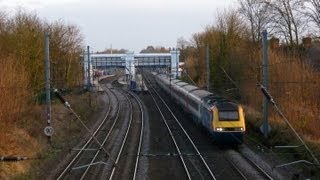 A very windy day! We start at Swanley where we see Networkers & a duo of Southern liveried Class 319s. Our next stop is at Purfleet, where we see a Class 90 hauled Freightliner working. Moving... 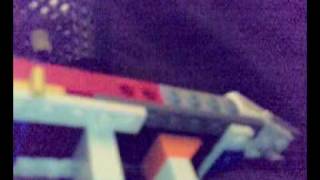 a ship crashes into a oilwig. 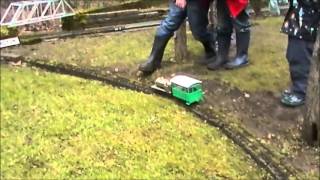 My Hunslet locomotive is totally scratch built except for the wheels, motor, gears, bearings and a few resistors. it is battery powered and to drive her you move the reverser to forward or... 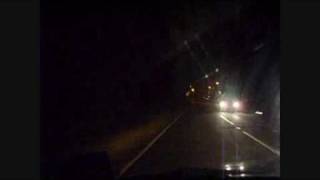 Luton to Hatfield on Boxing Day 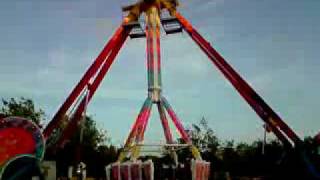 film of oblivon at hampstead heath 2008. 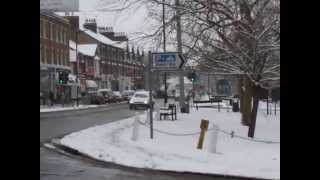 The winter of 2008-09 hit Harpenden hard. 3 or 4 episodes of heavy snow kept kids of fschool and kept cars at home. Harpenden town centre and common looked wonderfull and for once everything... 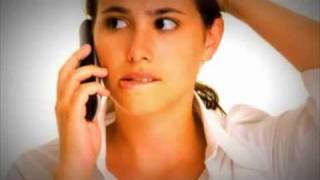 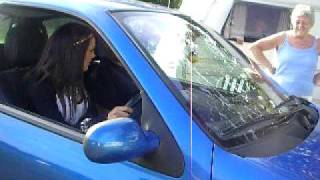 Rothamsted Research, previously known as the Rothamsted Experimental Station and then the Institute of Arable Crops Research, is one of the oldest agricultural research institutions in the world, having been founded in 1843. It is located at Harpenden in the English county of Hertfordshire. One of the stations best known and longest running experiments is the Park Grass Experiment, a biological study that started in 1856 and has been continuously monitored ever since.

Located at 51.8092, -0.355278 (Lat. / Lng.), about 1 miles away.
Wikipedia Article
Agriculture in the United Kingdom, Agricultural soil science, Organisations based in Hertfordshire, Buildings and structures in Hertfordshire, Organizations established in 1843, Rothamsted Experimental Station, Harpenden

Harpenden Town Football Club is a football club based in Harpenden, Hertfordshire, England. It was established in 1891 and was the founding member of the Herts County League in 1898. It has reached the Second Round of the FA Vase twice in its history. It is currently a member of the Spartan South Midlands Football League Division One for the 2012–13 season.

Harpenden Rugby Football Club is a rugby club based in Harpenden.

The church of St Nicholas in Harpenden is a parish church in the Church of England.

Lydekker Park is a 3-acre park in Harpenden, Hertfordshire. The land was formerly part of the garden of Harpenden Lodge, built in 1803, home for many years to the Lydekkers, one of the town's oldest families. In 1937 Hilda Lydekker, last surviving member of the Lydekker family, entered into an agreement with the former Harpenden Urban District Council that the 11 acres of land attached to Harpenden lodge should become an open space for the people of Harpenden.

Rothamsted Park is a 56-acre public park in Harpenden, Hertfordshire.

Harpenden East was one of two stations serving the town of Harpenden, the other station which remains open being Harpenden Central. Originally named Harpenden, the East suffix was added in 1950 to distinguish it from the Midland Railway station.

Southdown Road Skew Bridge is a ribbed skew arch railway bridge, which carries the Midland Main Line across Southdown Road in Harpenden, Hertfordshire. Built of brick by the Midland Railway and opening in 1868, it is notable for its extreme skew angle of approximately 65°.

Rothamsted Manor is a former manor and current manor house, situated in Harpenden in the English county of Hertfordshire.

These are some bigger and more relevant cities in the wider vivinity of Harpenden.

This place is known by different names. Here the ones we know:
هارپندن, 哈彭登