Hampton in Greater London (England) with it's 18,000 inhabitants is located in United Kingdom a little south-west of London, the country's capital.

Local time in Hampton is now 11:50 AM (Monday). The local timezone is named Europe / London with an UTC offset of zero hours. We know of 10 airports in the wider vicinity of Hampton, of which 5 are larger airports. The closest airport in United Kingdom is London Heathrow Airport in a distance of 6 mi (or 9 km), North-West. Besides the airports, there are other travel options available (check left side).

There are several Unesco world heritage sites nearby. The closest heritage site in United Kingdom is Stonehenge, Avebury and Associated Sites in a distance of 18 mi (or 29 km), South-East. Also, if you like golfing, there are multiple options in driving distance. We found 6 points of interest in the vicinity of this place. If you need a place to sleep, we compiled a list of available hotels close to the map centre further down the page.

Depending on your travel schedule, you might want to pay a visit to some of the following locations: Twickenham, Hounslow, Kingston, Ealing and Ealing Broadway. To further explore this place, just scroll down and browse the available info. 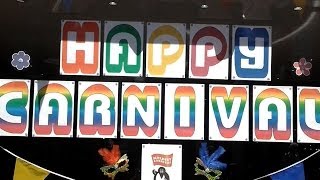 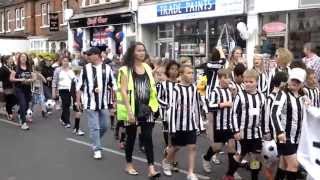 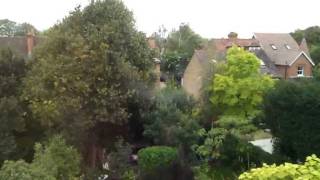 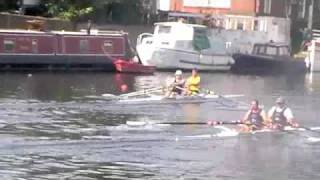 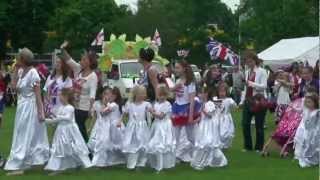 Despite not very warm weather and all the other events going on, the Molesey Carnival would not be stopped! Lots of Jubilee themed participants but also an unusual amount of high viz jackets... 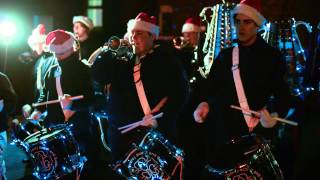 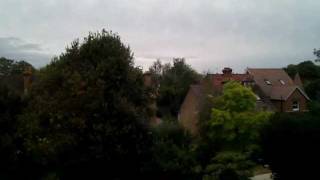 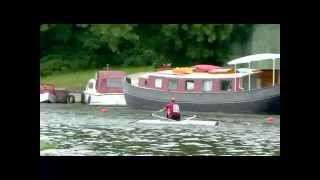 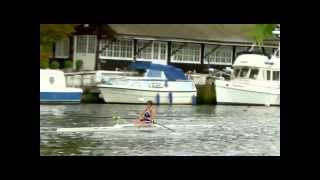 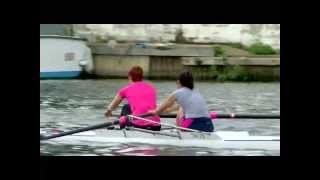 Moulsey Hurst is located in what is now West Molesey, Surrey on the south bank of the River Thames above Molesey Lock. It is one of England's oldest sporting venues and was used in the 18th and 19th centuries for cricket, prizefighting and other sports. The site can be reached from Hampton across the river by Hampton Ferry when it is running in the summer.

Carlisle Park is a small recreational area in Hampton, London, in the London Borough of Richmond upon Thames. It consists of seven tennis courts, two separate playgrounds (one for very young children, one for other children), a cricket pavilion and a large field where local cricket teams Hampton Hill CC and Woodlawn CC play. It is near Hampton Court Palace (5 to 10 minutes' drive), and a few minutes' walk from Hampton railway station. The park covers an area of 90,000 square metres (20 acres).

Hampton & Richmond Borough Football Club is an English football club based in the suburb of Hampton, in the London Borough of Richmond upon Thames. They were founded in 1921 and formerly known as Hampton F.C. until 1999 when they changed their name in an attempt to draw a wider support base from around the Borough. In August 2007, the club started their first campaign as members of the Conference South.

Hampton School Boat Club is the rowing club of Hampton School. Each year the club produces 1st VIIIs that compete at Championship level in the United Kingdom. The club hosts two Head race events each year. The club was founded in 1956 and has its own boat house on the River Thames on the reach above Molesey Lock.

Hurst Park Racecourse was a racecourse at Moulsey Hurst, West Molesey, Surrey. It was first laid out in 1890 and sold for residential housing in 1962. The Triumph Hurdle was run here from 1939 until the course closed. The last race to be held here was the Byfleet Stakes, the 4.30 on Wednesday 10 October 1962 and was won by the 11/8 favourite Anaasa. http://www. moleseyhistory. co. uk/books/molesey/tm/tm_19. htm. Mansfield Town F.C.

Platt's Eyot is an island on the River Thames at Hampton, in the London Borough of Richmond upon Thames, England, on the reach between Molesey Lock and Sunbury Lock. The island was a typical ait used for growing osiers but was also used for dumping spoil from excavation of the Stain Hill Reservoirs, creating the large hill on the island's western end. There is a suspension bridge to the island from the Middlesex bank at Hampton.

Garrick's Ait (or Garrick's Eyot on Ordnance Survey maps), previously known as Shank's Eyot, is an ait in the River Thames in England on the reach above Molesey Lock, close to Moulsey Hurst on the Surrey bank and opposite Hampton. It is 330m upstream from Tagg's Island. On the island are 20 houses and it is inaccessible except by boat. Garrick's Ait is named after David Garrick, the actor whose Temple to Shakespeare and Villa (house) are on the Hampton bank.

Hampton Ferry is a pedestrian and cycle ferry service across the River Thames in England. The ferry links Hampton, on the north bank and in the London Borough of Richmond, with Moulsey Hurst, on the south bank and in the county of Surrey. The ferry is in the reach of the river between Molesey Lock and Sunbury Lock. It is the only Thames crossing on this reach, and the only crossing between Hampton Court Bridge and Walton Bridge.

Isode Limited is a software company based in the United Kingdom. Isode develops and markets messaging and directory server software based on the LDAP and X.500 protocols (directory) and SMTP, IMAP, POP3, XMPP and X.400 protocols (messaging).

Garrick's Villa is a Grade I country house that is located on Hampton Court Road in the London Borough of Richmond upon Thames in London. The structure was originally constructed in the Middle Ages. The country house was acquired in 1754 by David Garrick. Numerous alterations were made to it during Garrick's tenure by Robert Adam, including the portico, the building of an orangery and the construction of a tunnel under the road to connect with his riverside lawn.

Benn's Island, previously named Church Eyot, Kember’s Eyot and sometimes referred to as Benn's Ait, is a private and very small ait (island) close to the Middlesex bank of the River Thames at Hampton, in the London Borough of Richmond upon Thames in England, on the reach above Molesey Lock. The water between the island and the Middlesex bank is shallow, but navigable with care to small vessels.

These districts belong to Hampton.

These are districts that are close by, but belong to a different city than Hampton.

These are some bigger and more relevant cities in the wider vivinity of Hampton.

An Evening Of Eric & Ern
Starting at: no exact start time given.
More Information: eventful.com.

This place is known by different names. Here the ones we know:
Hampton