Upshire in Essex (England) is located in United Kingdom about 15 mi (or 23 km) north-east of London, the country's capital.

Local time in Upshire is now 06:41 PM (Saturday). The local timezone is named Europe / London with an UTC offset of one hour. We know of 7 airports in the wider vicinity of Upshire, of which 5 are larger airports. The closest airport in United Kingdom is London City Airport in a distance of 13 mi (or 21 km), South. Besides the airports, there are other travel options available (check left side).

There are several Unesco world heritage sites nearby. The closest heritage site in United Kingdom is Tower of London in a distance of 13 mi (or 20 km), South. Also, if you like golfing, there are multiple options in driving distance. We found 4 points of interest in the vicinity of this place. If you need a place to sleep, we compiled a list of available hotels close to the map centre further down the page.

Depending on your travel schedule, you might want to pay a visit to some of the following locations: Walthamstow, Ilford, Enfield Town, East Ham and Hertford. To further explore this place, just scroll down and browse the available info. 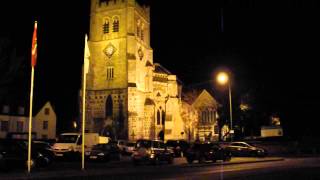 The glorious sound of the Waltham Abbey Church bells during the evening of Wednesday 20 March 2013.

As part of the Cultural Olympiad Godiva Awakes travelled from Coventry to London. On 4 August 2012 she stopped off in Waltham Abbey for a visit. 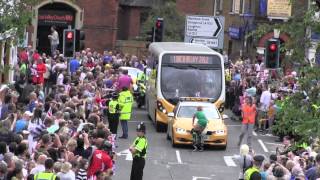 East met West as thousands of local people celebrated the arrival of the Olympic Torch Relay in Waltham Abbey on Saturday 7 July 2012. The celebrations continued in the Abbey Gardens where... 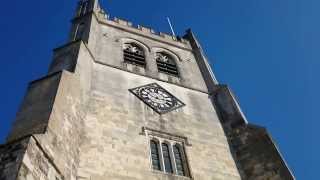 Bells ringing at Waltham Abbey on a sunny winter's day.

Before they shut the White Water Rafting centre off to us locals and began work transforming it into the Olympic Venue ready for the games I used to go and sit here and have a drink. Was available... 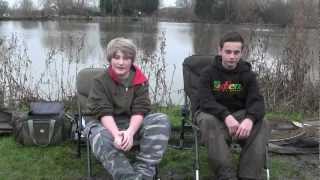 The first reel episode of Quality Carp Fishing at Southend Farm Fishery in Waltham Abbey, We had a phew for 2013!!! P.S. Sorry for Jakes cold and Liam had a couple of beeps before filming... 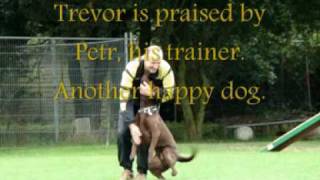 Obedience Dog training at our 2.8 acre dog training facility and licensed boarding kennels in Waltham Abbey, Essex on the borders of North East London and Hertfordshire. We specialise in... 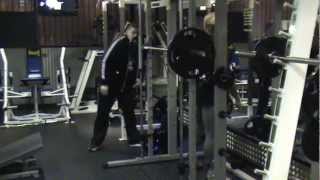 To order your booost oxygen visit http://booostoxygen.com/order/ In this video Neale Cranwell is doing a wide stance assisted squat that works all of the legs, particularly the quads. In the... 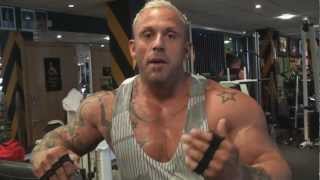 Epping Forest is an area of ancient woodland in south-east England, straddling the border between north-east Greater London and Essex. It is a former royal forest, and is managed by the City of London Corporation. It covers 2,476 hectares and contains areas of woodland, grassland, heath, rivers, bogs and ponds.

Ambresbury Banks is the name given to the remains of an Iron Age hill fort in Epping Forest, Essex, England. According to legend, it is the site of the last stand by Boudica against the Romans in the year 61. There is no evidence to support this; other theories for the location of the battlefield include Mancetter in Warwickshire and Kings Cross in London.

Copped Hall or Copthall is a ruined country house close to Epping in Essex, England, parts of which date from the 16th century. Copped Hall is visible from the M25 motorway between junctions 26 and 27.

Loughton Camp is an Iron Age (~500 BC) Hill fort in Epping Forest, one mile (1.6 km) North West of the town of Loughton. The camp's earthworks cover an area of approximately 10 acres (4 hectares) and are visible today as a low bank and ditch encircling the main camp. The banks were most probably once a single high rampart, used for defence and the appearance of the ditch suggests it was once very wide and deep in places.

The A121 road is a road in England connecting Waltham Cross and Woodford Wells. The main settlements on it are Waltham Abbey and Loughton. It also passes through Buckhurst Hill. For much of its length, it passes through the densest part of Epping Forest via Woodredon and Goldings Hills.

Turpin's Cave is an area of Epping Forest in Essex which has been attributed as a hiding place of the highwayman Dick Turpin. Dick Turpin knew Epping Forest well and organised many criminal activities from a base between the Loughton Road and Kings Oak Road, which in legend became known as 'Turpin's cave'. After an incident in May 1737, Turpin escaped to Epping Forest, where he hid (according to accounts "in a cave").

Upshire is a village in the Epping Forest district, in the county of Essex, England. Nearby settlements include the towns of Epping and Waltham Abbey, Essex and the hamlet of Copthall Green. The M25 motorway passes close to the village. It is on Horseshoe Hill (a minor road). Amenities include the Upshire primary school.

Great Monk Wood is a large wood near Epping outside of Central London. At the North end of the wood the M25 passes by. The A104 and the A121 join at the centre of the wood.

These are some bigger and more relevant cities in the wider vivinity of Upshire.