Stanford Rivers in Essex (England) is a town in United Kingdom about 19 mi (or 31 km) north-east of London, the country's capital city.

Current time in Stanford Rivers is now 03:08 AM (Tuesday). The local timezone is named Europe / London with an UTC offset of one hour. We know of 9 airports near Stanford Rivers, of which 5 are larger airports. The closest airport in United Kingdom is London City Airport in a distance of 14 mi (or 23 km), South-West. Besides the airports, there are other travel options available (check left side).

There are several Unesco world heritage sites nearby. The closest heritage site in United Kingdom is Palace of Westminster and Westminster Abbey including Saint Margaret’s Church in a distance of 13 mi (or 22 km), South. Also, if you like playing golf, there are a few options in driving distance. We discovered 4 points of interest in the vicinity of this place. Looking for a place to stay? we compiled a list of available hotels close to the map centre further down the page.

When in this area, you might want to pay a visit to some of the following locations: Fyfield, Romford, Dagenham, Ilford and East Ham. To further explore this place, just scroll down and browse the available info. 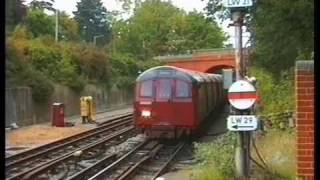 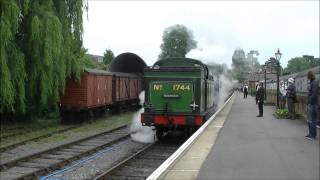 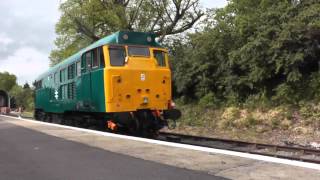 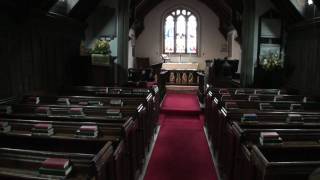 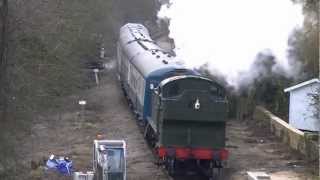 Film taken from the Bridge on Blake Hall road (Close to the appropriately named Hamlet of 'Toot hill'). It looks like the station halt at Blake hall is undergoing renovation.. 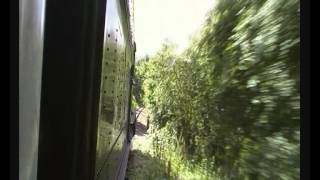 Steam engine Pitchford Hall 4953 puffs through a small makeshift platform on the Epping - Ongar heritage line in Essex. Filmed near Ongar on 4/8/2012. There's something decidedly wrong with... 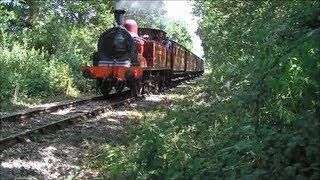 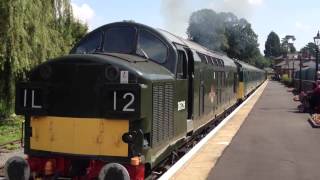 Blake Hall station is a disused station in Essex, formerly on the Central Line of the London Underground between North Weald and Ongar. It was named after Blake Hall, a country house located a mile or so to the north east of the station in the village of Bobbingworth, and inhabited by a family of substantial local land owners. The station was built as part of the landlord's agreement to build a railway through his land.

Epping and Ongar Rural District was a rural district in the county of Essex, England from 1955 to 1974.

Brentwood and Ongar is a constituency represented in the House of Commons of the UK Parliament since 1992 by Eric Pickles, Communities and Local Government Secretary of State since May 2010.

Greensted Church, in the small village of Greensted-juxta-Ongar, near Chipping Ongar in Essex, England, is the oldest wooden church in the world, and probably the oldest wooden building in Europe still standing, albeit only in part, since few sections of its original wooden structure remain. The oak walls are often classified as remnants of a palisade church or a kind of early stave church, dated either to the mid-9th or mid-11th century.

Kelvedon Hatch is a village and civil parish in the Borough of Brentwood in south Essex, England. It is situated just north of Pilgrims Hatch, approximately 4 miles to the north of Brentwood and is surrounded by Metropolitan Green Belt. The village today is no longer a rural backwater with a large proportion of its population commuting to work elsewhere. It has a population of 2,563.

Hundred of Ongar was an ancient hundred in the west of the county of Essex, England. It was centred on the town of Chipping Ongar.

Toot Hill is a village in the Epping Forest District, in the English county of Essex.

These are some bigger and more relevant cities in the wider vivinity of Stanford Rivers.