Exmouth in Devon (England) with it's 34,432 inhabitants is located in United Kingdom about 155 mi (or 249 km) south-west of London, the country's capital.

Local time in Exmouth is now 09:32 PM (Thursday). The local timezone is named Europe / London with an UTC offset of one hour. We know of 8 airports in the wider vicinity of Exmouth, of which 3 are larger airports. The closest airport in United Kingdom is Exeter International Airport in a distance of 8 mi (or 13 km), North. Besides the airports, there are other travel options available (check left side).

There are two Unesco world heritage sites nearby. The closest heritage site in United Kingdom is Cornwall and West Devon Mining Landscape in a distance of 63 mi (or 101 km), South-West. Also, if you like golfing, there are multiple options in driving distance. We found 2 points of interest in the vicinity of this place. If you need a place to sleep, we compiled a list of available hotels close to the map centre further down the page.

Depending on your travel schedule, you might want to pay a visit to some of the following locations: Exeter, Torquay, Bickleigh, Taunton and Plymouth. To further explore this place, just scroll down and browse the available info. 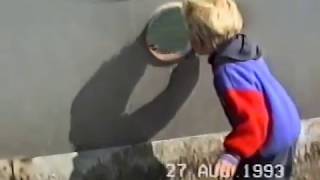 Plasterboard under way and the exterior gable is having Cedral boards fitted. 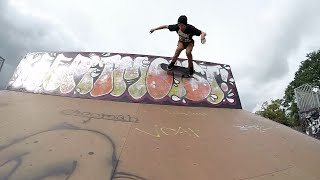 Had a great time up in Exmouth Skatepark today, worth another visit for sure. Here's a cheeky edit, first edit I've been pleased with for a while. Follow on insta: http://bit.ly/1nW6e3k.

Cedral boarding has been completed to the new gable end. Plasterboarding nearing completion. Also old ceiling has just been removed to allow for new staircase to be fitted. 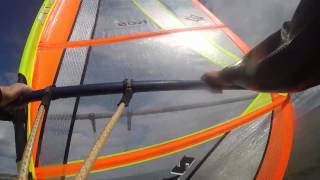 Windsurfing: Back on the water in Exmouth

After several years of windsurfing absence, I decided I needed to either use my kit or or sell it. Decision day was a trip down to the beach to see if I still wanted to windsurf or whether...

Start of an Exmouth Loft conversion to a feature detached house. Crane is lifting steel beams onto the scaffold.

Majority of the work has now been completed including gable frames, doors and stair components.

Most of the floor joists have been loose laid flooring. Roof supports including steel bean going into place.

Plastering of loft is complete and finishing details are taking place.

Exmouth Town F. C. are a football club from Exmouth, Devon, England. The club is nicknamed "The Town". They currently play in the South West Peninsula League.

A La Ronde is an 18th-century 16-sided house located near Lympstone, Exmouth, Devon, England, and in the ownership of the National Trust. The house was built for two spinster cousins, Jane and Mary Parminter.

Orcombe Point is a coastal feature near Exmouth, Devon, on the south coast of England. It lies about 16 km south of the city of Exeter, 3 km southeast of Exmouth town centre and about 12 km southwest of Sidmouth. Directly to the west lies Exmouth Beach and to the east is Sandy Bay, a holiday beach, that can be reached either along the coastal path or through the large caravan park. The two beaches are part of a long strip of sand and are connected to each other below Orcombe Point at low tide.

The Barn, in Exmouth, Devon, England, is a seaside house, now a hotel, dating from 1896 and designed in Arts and Crafts style by the architect Edward Schroeder Prior. Prior's most influential and perhaps extraordinary building, it was reported in Hermann Muthesius’s Das Englische Haus of 1904-5 and gained considerable fame. Indeed Muthesius adapted the plan for his Freudenberg House in Berlin of 1907-08 and the house influenced architects such as Thilo Schroder, Otto Bartning and Bruno Taut.

The Maer Ground is a cricket ground in Exmouth, Devon. The first recorded match played on the ground was in 1874 when Devon played Will-o'-the-Wisp. From 1883 to 1889 the ground played host to eight matches between Devon and the Marylebone Cricket Club. In 1951, the Maer hosted Devon's first Minor Counties Championship match against Berkshire, and has since played host to 49 Minor Counties Championship matches.

Rolle College was a teacher training college in Exmouth, Devon, England. The college opened in 1949. It later became part of Plymouth University and was closed in 2009, when Plymouth University relocated the campus, its 3000 students and 400 staff to their main campus in Plymouth. Rolle played a significant part in the life of Exmouth, both economically and socially. The decision to relocate the campus was controversial with past and present students, staff and the local community.

Exmouth Lifeboat Station is the base for Royal National Lifeboat Institution (RNLI) search and rescue operations at Exmouth, Devon, England. The first lifeboat was stationed in the town in 1803 and the present station was opened in 2009. Since 2008 it has operated a Mersey-class all weather boat (ALB) and an D-class (IB1) (IB1) inshore lifeboat (ILB).

Holy Trinity Church, Exmouth is a Grade II* listed parish church in the Church of England in Exmouth.

These are some bigger and more relevant cities in the wider vivinity of Exmouth.