High Wycombe in Buckinghamshire (England) with it's 133,204 citizens is a place in United Kingdom about 28 mi (or 45 km) west of London, the country's capital city.

Current time in High Wycombe is now 02:33 PM (Thursday). The local timezone is named Europe / London with an UTC offset of one hour. We know of 11 airports near High Wycombe, of which 5 are larger airports. The closest airport in United Kingdom is RAF Benson in a distance of 15 mi (or 24 km), West. Besides the airports, there are other travel options available (check left side).

There are several Unesco world heritage sites nearby. The closest heritage site in United Kingdom is Blenheim Palace in a distance of 15 mi (or 25 km), North. Also, if you like playing golf, there are a few options in driving distance. We encountered 2 points of interest in the vicinity of this place. If you need a hotel, we compiled a list of available hotels close to the map centre further down the page.

While being here, you might want to pay a visit to some of the following locations: Bisham, Cookham, Hurley, Maidenhead and White Waltham. To further explore this place, just scroll down and browse the available info. 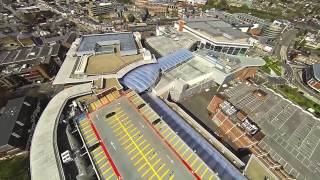 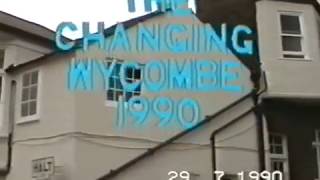 This video was made 25 years ago to show how High Wycombe has changed. It is all filmed from a car and I tried to get in as many shops, pubs etc. The areas covered are mostly Downley & High... 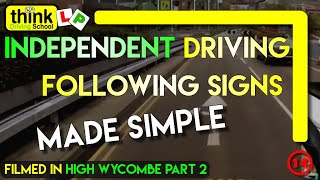 A short video showing some independent driving from the UK driving test. With basic commentary to help you understand what I'm seeing and thinking. Check out the rest of our videos at www.thinkdriv. 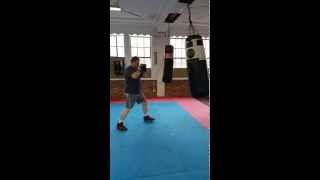 Bit of a session with Nadine up at the boxing club. I needed to let off some steam. 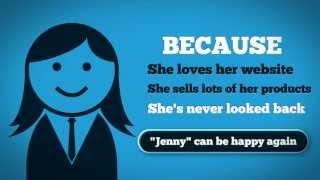 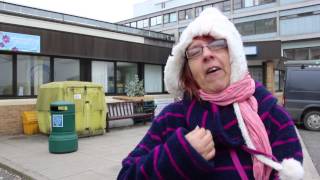 Bring back the High Wycombe A&E 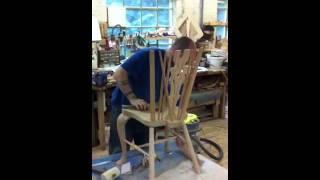 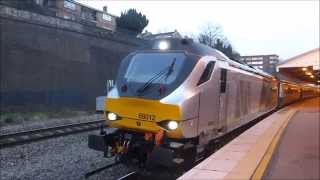 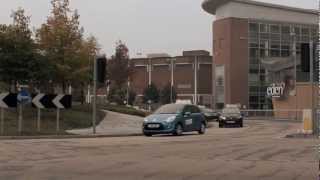 We're High Wycombe's largest and most popular driving school. Find out the secret of our success on our website: http://www.wycombedrivingschool.co.uk. For driving lessons in High Wycombe...

Loakes Park was the home of Wycombe Wanderers Football Club from 1895 to 1990. It was located next to Wycombe General Hospital in the centre of High Wycombe, UK. The ground was donated to the club by Frank Adams, a former Wanderers player who had bought the freehold on the ground from Lord Carrington in 1945. The club's present ground, Adams Park, was named in honour of Frank Adams.

Wycombe Swan is an HQ theatre in High Wycombe, Buckinghamshire, England. The theatre was opened in November 1992 by Wycombe District Council and has been acquired by HQ Theatre since. It presents a varied programme including a pantomime every Christmas. At the Swan itself there were 280 performances from August 2010 – July 2011. The Wycombe Swan is one of the UK's leading regional theatres.

Blink FM is a local FM radio station which broadcasts to areas of South Buckinghamshire in the United Kingdom - areas of reception include High Wycombe, Hazlemere, Downley, Beaconsfield, Penn and the northern area of Marlow. The station is administered by volunteer staff of charity Wycombe Youth Action as a youth project, and presented regularly by local WYA members. The current station managers are Luke Hashman and Liam Gates. They provide the support to all the presenters!

Wycombe General Hospital is located in High Wycombe, Buckinghamshire. It is one of three hospitals in the Buckinghamshire Healthcare NHS Trust, the other two being Stoke Mandeville Hospital and Amersham Hospital. On September 25th 2006, Wycombe Hospital was one of the first hospitals to change their patient administration system to the National Programme for IT's Care Records Service.

Wycombe Museum (aka Wycombe Local History and Chair Museum) is a free local museum located in the town of High Wycombe, Buckinghamshire, England. It is run by Wycombe District Council. The museum is located in Castle Hill House on Priory Avenue. It is situated in an 18th century house on a medieval site. Surrounding the museum are Victorian gardens, including a nature trail.

Eden is a shopping and entertainment complex in High Wycombe, Buckinghamshire in the south east of England. With a floor area of 850,000 square feet, it is the 32nd largest shopping centre in the United Kingdom and the largest in the surrounding area. The centre includes 107 shops, a bowling alley, a cinema and a library (which opened on 3 June 2008), as well as parking for 1600 cars on site with Car Parking other car parks available nearby.

The Magic Roundabout in High Wycombe, Buckinghamshire, England, is similar to the roundabouts with the same name in Swindon and other places. It is located on the junction of the A40 and A404. The junction is the second meeting point of the two roads, they interchange at the start of the A404 in Marylebone, London, with the A40 forming the Westway. The two roads follow different routes to reach Wycombe, the A40 coming via Beaconsfield and the A404 via North London and Amersham.

The High Wycombe Urban Area is defined by the Office for National Statistics as a conurbation is southern Buckinghamshire. It had a population of 118,229 at the 2001 census. The largest population centre is High Wycombe itself at 92,000.

The Wycombe Repertory Theatre, later referred to as the Tower Theatre and the Intimate Theatre, was a repertory (or stock) theatre in High Wycombe, Buckinghamshire. It opened in 1946 and closed in 1958.

The High Wycombe Guildhall is a Guildhall located on the high street of the town of High Wycombe. It was built in the 18th century and is currently available for hire seven days per week.

These are some bigger and more relevant cities in the wider vivinity of High Wycombe.