Safety Score: 4,0 of 5.0 based on data from 9 authorites. Meaning please reconsider your need to travel to Tuvalu.

Funafuti in Funafuti with it's 4,492 citizens is a place in Tuvalu. It's the capital of this country.

Current time in Funafuti is now 10:37 AM (Monday). The local timezone is named Pacific / Funafuti with an UTC offset of 12 hours. We know of 1 airports near Funafuti. The closest airport in Tuvalu is Funafuti International Airport in a distance of 0 mi (or 0 km), East. Besides the airports, there are other travel options available (check left side).

We encountered 1 points of interest in the vicinity of this place.

While being here, you might want to pay a visit to some of the following locations: Savave Village, Asau Village, Tanrake Village, Kulia Village and Toga Village. To further explore this place, just scroll down and browse the available info. 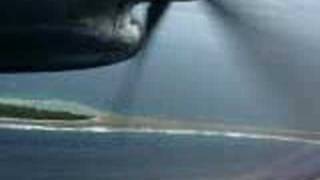 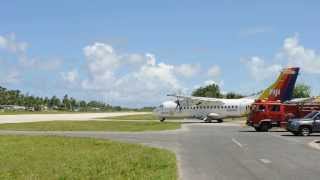 ATR42 taxiing over the road, past the fire engine and parked cars, and out onto the runway at Funafuti International Airport, Tuvalu. 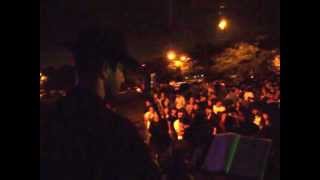 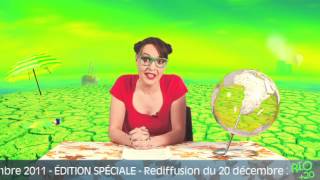 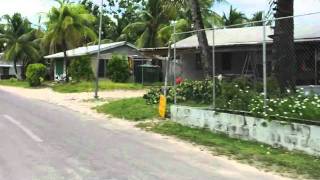 The 5th instalment of the "Tuvalu by Bicycle" series sees us starting in downtown Vaiaku (if you can call it that...) near the government office and airport terminal, and heading along Tuvalu... 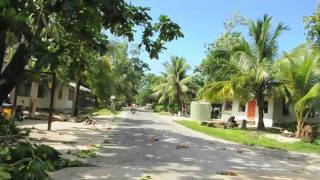 Number 6 in the Tuvalu by bicycle series. Trundling along Fongafale Road that heads north from the Vaiaku Lagi Hotel, through the "suburbs" of Fongafale Island, Tuvalu, in April 2010 on a... 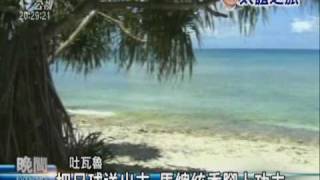 The Vaiaku Langi Hotel, or Vaiaku Lagi Hotel, is situated in Funafuti, in the Pacific island nation of Tuvalu. See also: Fongafale and Funafuti

Tuvalu Sports Ground is a multi-use stadium in Funafuti, Tuvalu. It is currently used mostly for football and rugby matches. The stadium holds 1,500 people. It is the only stadium in Tuvalu so that all football tournaments are played at the stadium: A-Division; Independence Cup; NBT Cup; Tuvalu Games and also the Christmas Cup. The roof of the stadium has been adorned with photovoltaic solar panels and supplies approximately 5% of the electricity needs for Funafuti.

Fatato is an uninhabited isle (motu) of Funafuti, Tuvalu. In 2003 the Asian Pacific Network (APN) chose this island for a systematic study of its coast in relation to the impact of global climate change on atolls.

Funafuti is an atoll that forms the capital of the island nation of Tuvalu. It has a population of 4,492 (2002 Census), making it the most populated atoll in the country. It is a narrow sweep of land between 20 and 400 metres wide, encircling a large lagoon 18 km long and 14 km wide. With a surface of 275 km², it is by far the largest lagoon in Tuvalu. The land area of the 33 islets aggregates to 2.4 km², less than one percent of the total area of the atoll.

These districts belong to Funafuti.

These are some bigger and more relevant cities in the wider vivinity of Funafuti.

This place is known by different names. Here the ones we know:
Fongafale, Funafuti, Φουναφούτι, Fongafale (atolón de Funafuti), FUN

These are the most popular locations in Tuvalu on Tripmondo.