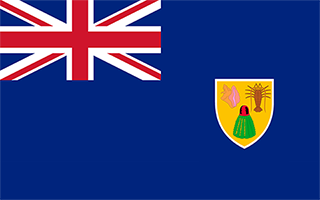 Safety Score: 3,0 of 5.0 based on data from 9 authorites. Meaning we advice caution when travelling to Turks and Caicos Islands.

Turks and Caicos Islands with its capital Cockburn Town is located in North America (two island groups in the North Atlantic Ocean, southeast of The Bahamas). It covers some 949 square kilometers (2.5 times the size of Washington, DC) with a population of 52,570. English is the official language spoken by people in Turks and Caicos Islands. Thiscountry has no land-based border with any other country.

The Turks and Caicos Islands are only 37 miles long, and all together consist of 40 islands and cays. There are two main islands, Grand Turk (Turk Island) and Providenciales (Caicos Island). These islands are on 550 miles South from Florida. The islands have fabulous beaches throughout, in particular, the award winning Grace Bay. There also is a variety of fun, non-beach things that there are to do. You can scuba dive, snorkle, sail, boat, parasail, fish, go on tours, go to spas and salons, golf, shop, and gamble. Each island has their own activities as well. Below are a few activities that are available on the islands.

The topography is low, flat limestone with extensive marshes and mangrove swamps. The average density of population is about 55 per km². The climate in Turks and Caicos Islands can be described as tropicalmarine, moderated by trade winds, sunny and relatively dry. Potential natural disasters are frequent hurricanes.

Blue with the flag of the UK in the upper hoist-side quadrant and the colonial shield centered on the outer half of the flag; the shield is yellow and displays a conch shell, a spiny lobster, and Turk's cap cactus - three common elements of the islands' biota.

The islands were part of the UK's Jamaican colony until 1962, when they assumed the status of a separate crown colony upon Jamaica's independence. The governor of The Bahamas oversaw affairs from 1965 to 1973. With Bahamian independence, the islands received a separate governor in 1973. Although independence was agreed upon for 1982, the policy was reversed and the islands remain a British overseas territory. Grand Turk island suffered extensive damage from Hurricane Maria on 22 September 2017 resulting in loss of power and communications as well as damage to housing and businesses.