Teknepınar in Samsun is a city in Turkey about 206 mi (or 331 km) north-east of Ankara, the country's capital city.

Local time in Teknepınar is now 12:35 AM (Sunday). The local timezone is named Europe / Istanbul with an UTC offset of 3 hours. We know of 9 airports in the vicinity of Teknepınar, of which one is a larger airport. The closest airport in Turkey is Samsun Samair Airport in a distance of 4 mi (or 6 km), North-West. Besides the airports, there are other travel options available (check left side).

When in this area, you might want to pay a visit to some of the following locations: Samsun, Ilkadim, Cayirkent, Tekkekoy and Dikbiyik. To further explore this place, just scroll down and browse the available info. 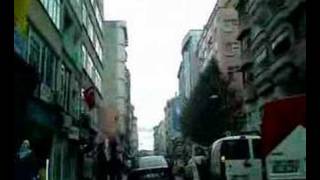 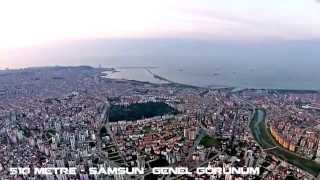 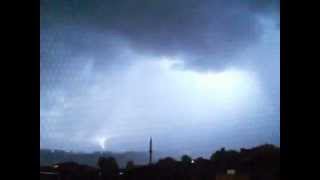 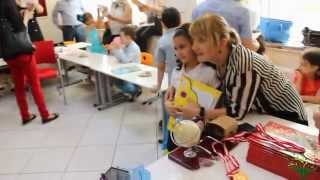 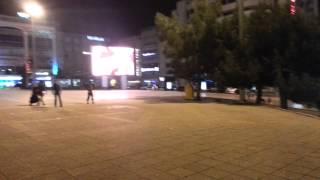 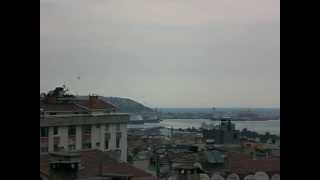 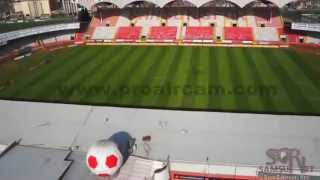 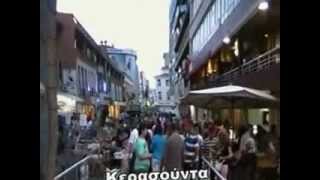 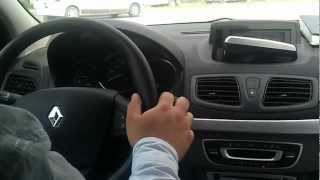 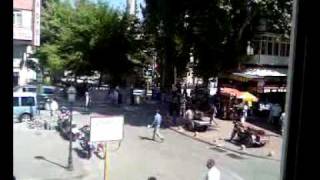 Samsun is a city of about half a million people on the north coast of Turkey. It is the provincial capital of Samsun Province and a major Black Sea port.

Samsun 19 Mayıs Stadium (Turkish: Samsun 19 Mayıs Stadyumu) is a multi-purpose stadium in Samsun, Turkey. It is currently used mostly for football matches and is the home ground of Samsunspor, currently playing in the Süper Lig. The stadium holds 19,720 people (all-seater). The stadium was named after the date May 19, 1919 when Mustafa Kemal Atatürk set foot on land in Samsun to start the national independence movement.

İlkadım is a municipality and district governorate in Greater Samsun, Turkey. Samsun is one of 16 Metropolitan centers in Turkey with more than one municipality within city borders. Now in Samsun there are four second-level municipalities in addition of Greater Samsun (büyükşehir) municipality. The mayor is Necattin Demirtaş.

The Bombardment of Samsun was a naval operation carried out by the United States Navy and the Greek Navy. The ships fired 400 rounds at the town, in return the single Turkish cannon in the town fired back 25 rounds. The bombardment lasted almost three hours . There were several reasons for the bombardment. One of them was to assist Greek rebels, fighting Turkish forces in the area. Another reason was to disrupt consignment of weapons and ammunition into inner Anatolia.

These are some bigger and more relevant cities in the wider vivinity of Teknepınar.

This place is known by different names. Here the ones we know:
Tekkepınar, Teknepınar