Yüreğir in Adana is located in Turkey about 244 mi (or 393 km) south-east of Ankara, the country's capital town.

Current time in Yüreğir is now 04:54 PM (Thursday). The local timezone is named Europe / Istanbul with an UTC offset of 3 hours. We know of 9 airports close to Yüreğir, of which 5 are larger airports. The closest airport in Turkey is Adana Airport in a distance of 4 mi (or 7 km), West. Besides the airports, there are other travel options available (check left side).

There are two Unesco world heritage sites nearby. The closest heritage site is Ancient Villages of Northern Syria in Syria at a distance of 93 mi (or 150 km). The closest in Turkey is Göreme National Park and the Rock Sites of Cappadocia in a distance of 120 mi (or 150 km), South-East. If you need a hotel, we compiled a list of available hotels close to the map centre further down the page.

While being here, you might want to pay a visit to some of the following locations: Adana, Seyhan, Dogankent, Saricam and Yakapinar. To further explore this place, just scroll down and browse the available info. 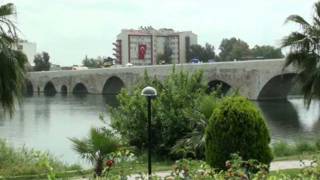 Visit to Adana in the south-west of Turkey with the Sabancı Merkez Camıı and the Merkez Park at the bank of the river Seyhan. Director Eric Ross draw up this report. 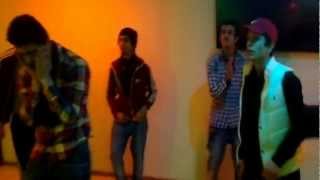 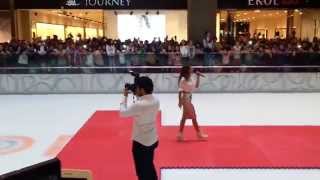 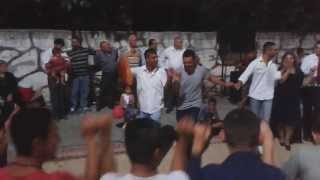 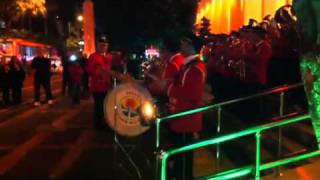 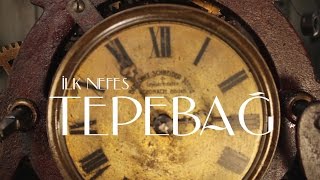 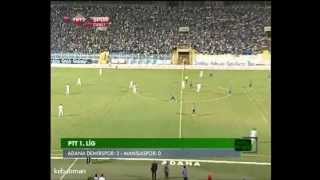 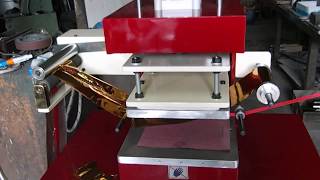 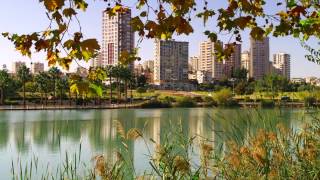 Adana Eski Baraj, Turkey QUESTIONS? We would like to hear from you! If you have any comments or questions about this destination or just need some general travel advice, feel free to leave... 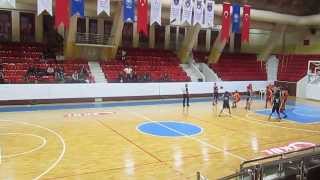 Taşköprü (English: Stone Bridge) is a Roman bridge spanning the Seyhan River in Adana. Throughout ancient Anatolia and Persia, the bridge was a vital contribution to the trade routes and until 2007, it was one of the oldest bridges in the world to be open to motorized vehicles. It was then set for pedestrians only, now hosting social and cultural events. The bridge was known with different names throughout the history; Saros bridge, Justinian bridge and finally Taşköprü.

The Seyhan River is the longest river in Turkey that is flowing into Mediterranean Sea. The river is 560 km and flows southwest from its headwaters in the Tahtalı-Mountains in Anti-Taurus Mountains to the Mediterranean Sea via a broad delta. Its main tributaries are Zamantı and Göksu which unite in Aladağ, Adana to form Seyhan River. Zamantı River originates from Uzun Plateau in Pınarbaşı, Kayseri and crosses Tomarza, Develi and Yahyalı districts of Kayseri.

Sabancı Merkez Camii (English: Sabancı Central Mosque) in Adana is the largest mosque in Turkey. The exterior of the mosque is similar to the Sultan Ahmed Mosque (Blue Mosque) in Istanbul while the interior decoration is similar to the Selimiye Mosque in Edirne. Sabanci Central Mosque, which went into service in 1998, is built on a total of 52,600 square meter of land and has a closed area of 6,600 square meters. . The Mosque was constructed upon a confiscated Armenian cemetery.

Ulu Cami (English: The Grand Mosque) külliye, enclosed within a high wall in the old town, stands to be the most interesting medieval structure of Adana, with the mosque, madrasah and türbe. It is located on Kızılay street, next to Ramazanoğlu Hall.

Büyük Saat (English: The Great Clock Tower) is the tallest clock tower in Turkey, rising 32 m high. It is located in the old town of Adana on Ali Münif Caddesi.

Ramazanoğlu Hall is the old government residence of the Ramadanids located in Adana. Currently used as a cultural center, it is one of the oldest samples of a mansion in Turkey. Located southeast of the Ulu Camii, it was the Harem of the Ramadanid family and besides being a fine expression of modesty of the emirate, it is also an important work resembling the Mamluk mansions of Egypt.

Adana Center for Arts and Culture

Adana Center for Arts and Culture is a public facility for cultural events, operating at the historical state building of Adana that served as a school for most of its history. The center is located on the west bank of Seyhan River just south of the Taşköprü, on Seyhan Street.

Serinevler Sports Hall is a multi-purpose indoor arena located in the Yüreğir district of Adana. The sports hall has an audience capacity of 2500. It hosts national and international sports events such as basketball, volleyball, handball and wrestling. The facility contains two wall mounted scoreboards, two locker rooms, a press room, a cafeteria and VIP lounge.

These are some bigger and more relevant cities in the wider vivinity of Yüreğir.