Na Kluea in Amphoe Bang Lamung (Changwat Chon Buri) is a town in Thailand about 61 mi (or 98 km) south-east of Bangkok, the country's capital city.

Current time in Na Kluea is now 06:17 AM (Saturday). The local timezone is named Asia / Bangkok with an UTC offset of 7 hours. We know of 8 airports near Na Kluea, of which two are larger airports. The closest airport in Thailand is U-Tapao International Airport in a distance of 21 mi (or 33 km), South. Besides the airports, there are other travel options available (check left side).

There are two Unesco world heritage sites nearby. The closest heritage site in Thailand is Historic City of Ayutthaya in a distance of 98 mi (or 158 km), North. Looking for a place to stay? we compiled a list of available hotels close to the map centre further down the page.

When in this area, you might want to pay a visit to some of the following locations: Bang Lamung, Si Racha, Ko Si Chang, Ban Chang and Sattahip. To further explore this place, just scroll down and browse the available info. 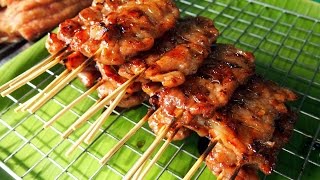 In Thailand everywhere you look there is a cluster of plastic stools and someone selling snacks. Naklua market sells an array of fresh and processed seafood crabs, oysters, salted fish, dried... 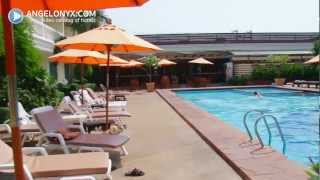 Learn more about Windmill 3☆ Hotel Pattaya Thailand at http://angelonyx.com/hotels/windmill/ All videos has shooting on the same scenario for ease of comparison. Video catalog has a handy... 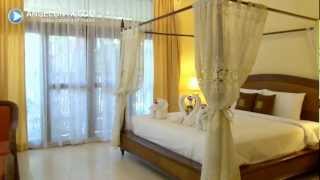 Learn more about Napalai Pool Villa Resort 4☆ Hotel Pattaya Thailand at http://angelonyx.com/hotels/napalai-pool-villa-resort/ All videos has shooting on the same scenario for ease of comparison... 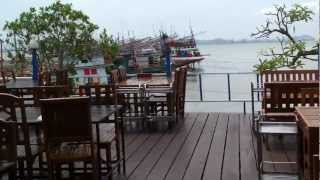 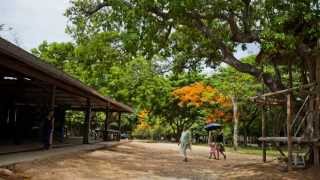 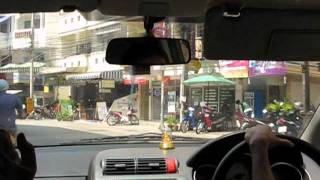 Driving through the back roads of busy Naklua, Banglamung (also called Bang Lamung), Thailand, to visit a local market. This is near Pattaya, a big tourist town, but Naklua is mostly for the... 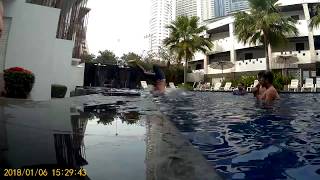 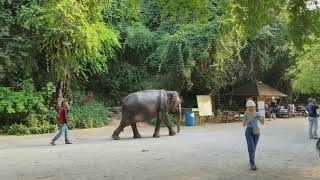 Feb 2018 Thailands Asian elephant at the Sanctuary of truth

A must see place. 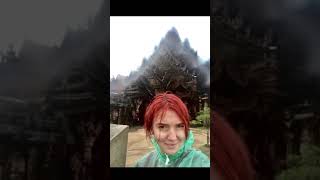 Walking Street is part of the city of Pattaya, Thailand. It is a tourist attraction that draws foreigners and Thai nationals, primarily for the night life. It is a red-light district with many go-go bars and brothels. The street runs from the south end of Beach Road to the Bali Hai Pier. A large video sign was erected in March 2010 at the Beach Road entrance, replacing an earlier metal arch, and a small arch adorns the Bali Hai entrance.

Sanctuary of Truth (Thai: ปราสาทสัจธรรม, also called Wang Boran and Prasat Mai) is a temple construction in Pattaya, Thailand. The sanctuary is an all-wood building filled with sculptures based on traditional Buddhist and Hindu motifs. The building is close to 105 meters (345 feet) high (according to local publicity brochure 100 meteres high, 100 meteres long, area 2,115 m sq -nov 2012) and covers an area of more than two rai.

The luxury five star Royal Cliff Hotels Group consists of 4 hotels and a multipurpose convention centre situated between Jomtien and South Pattaya, Thailand. Occupying 64 acres of parkland overlooking the East Coast of the Gulf of Thailand. The hotel group has won multiple prestigious awards, and is the only property in Asia to be elevated to the Travel Trade Gazette (TTG) Travel Hall of fame. In 2012 Royal Cliff won the Traveler's Choice Award from Tripadvisor.

Pattaya Exhibition and Convention Hall (PEACH) is a multipurpose event venue of the award-winning Royal Cliff Hotels Group, in Pattaya, Thailand. As one of the largest and most up-to-date convention centres in Thailand, PEACH has hosted numerous events ranging from prestigious political conferences to spectacular advertising festivals.

These are some bigger and more relevant cities in the wider vivinity of Na Kluea.