Safety Score: 4,0 of 5.0 based on data from 9 authorites. Meaning please reconsider your need to travel to Tanzania.

Tukuyu in Rungwe (Mbeya Region) with it's 28,398 habitants is a city located in Tanzania about 256 mi (or 412 km) south-west of Dodoma, the country's capital town.

Current time in Tukuyu is now 04:06 PM (Friday). The local timezone is named Africa / Dar es Salaam with an UTC offset of 3 hours. We know of 8 airports closer to Tukuyu. The closest airport in Tanzania is Mbeya Airport in a distance of 26 mi (or 42 km), North-West. Besides the airports, there are other travel options available (check left side).

Since you are here already, you might want to pay a visit to some of the following locations: Mbeya, Chitipa, Karonga, Njombe and Rumphi. To further explore this place, just scroll down and browse the available info. 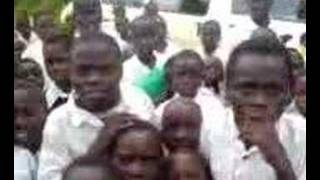 Tukuyu is a small, of 50,000 inhabitants, hillside town that lies about 36 miles south of the city of Mbeya, at an elevation of around 5,000 ft in the highland Rungwe District of southern Tanzania, East Africa. The local language is colloquial Nyakyusa together with the national language Swahili. Secondary and college education is done in the English language. The people are the Nyakyusa, although localised groups give themselves different local names.

Katumba is an administrative ward in the Rungwe District of the Mbeya Region of Tanzania. According to the 2002 census, the ward has a total population of 10,965. There are four villages with the ward, the village of Katumba, Ikama, Ilinga and Itagata.

These are some bigger and more relevant cities in the wider vivinity of Tukuyu.