Vira in Locarno District (Canton Ticino) with it's 646 citizens is a place in Switzerland about 87 mi (or 139 km) south-east of Bern, the country's capital city.

Current time in Vira is now 11:32 PM (Tuesday). The local timezone is named Europe / Zurich with an UTC offset of 2 hours. We know of 9 airports near Vira, of which 4 are larger airports. The closest airport in Switzerland is Locarno Airport in a distance of 2 mi (or 3 km), North-East. Besides the airports, there are other travel options available (check left side).

There are several Unesco world heritage sites nearby. The closest heritage site in Switzerland is Three Castles, Defensive Wall and Ramparts of the Market-Town of Bellinzona in a distance of 9 mi (or 15 km), East. We encountered 4 points of interest in the vicinity of this place. If you need a hotel, we compiled a list of available hotels close to the map centre further down the page.

While being here, you might want to pay a visit to some of the following locations: Veddasca, Curiglia, Pino sulla Sponda del Lago Maggiore, Tronzano Lago Maggiore and Agra. To further explore this place, just scroll down and browse the available info. 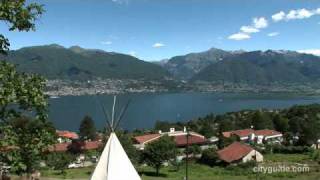 Relax, with a view! Welcome to La Campagnola. Immersed in its own beautiful grounds of Mediterranean vegetation, our little "Pearl" has spectacular views of Lago Maggiore and the Southern... 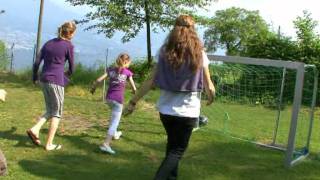 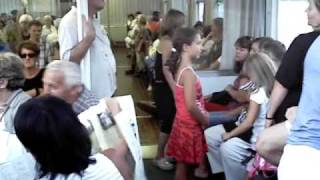 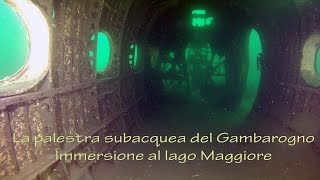 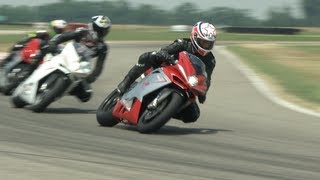 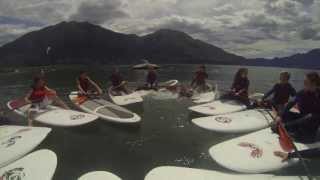 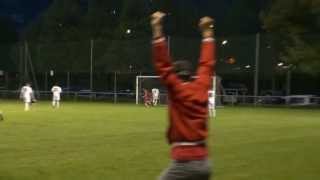 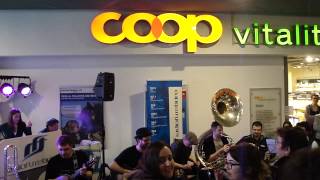 The Maggia is a river in the Swiss canton of Ticino. The springs are near the Cristallina mountain and the river runs through the Val Sambuco, the Val Lavizzara, and the Valle Maggia, and enters Lago Maggiore between Ascona and Locarno. The village Maggia is situated on the river. The river is used for hydroelectric power production, e.g. with the dams of Lago del Narèt and Lago del Sambuco near the sources. The Maggia river is a popular scuba diving spot due to its crystal clear waters.

The district of Locarno (also called Locarnese) is a district of Canton Ticino, Switzerland. It has a population of 62,275 (as of 31 December 2011).

Stadio del Lido is a football stadium in Locarno, Switzerland. It is the home ground of FC Locarno and has a capacity of 1,000. The stadium has 1,000 seats and 10,000 standing places.

Locarno railway station (Italian: Stazione di Locarno) serves the city of Locarno, in the Canton of Ticino, Switzerland. However, the station is located within the adjacent municipality of Muralto, near the shore of Lake Maggiore. The border between the two municipalities runs along the Torrente Ramogna stream, a short distance to the south and west of the station. Since 1990, Locarno station has been divided into two distinct components, each served by a separately operated railway.

Locarno Airport,(Flugplatz Locarno),, is an airport located in the city of Locarno, Ticino, Switzerland. It is a mixed civil and military airport. It is located in the area of Stallone, which is 7 kilometers from the Locarno City center. Three runways are present in the Airport, and one terminal too. The airport is accessible by road by the Cantonale Street which connects to Route 13, which leads to a highway which bypasses the city and many interchanges help to get on and off the highway.

These are some bigger and more relevant cities in the wider vivinity of Vira.

This place is known by different names. Here the ones we know:
Vira Gambarogno, ویرا