Safety Score: 4,0 of 5.0 based on data from 9 authorites. Meaning please reconsider your need to travel to Sweden.

Huddinge in Huddinge Kommun (Stockholm) with it's 90,182 inhabitants is located in Sweden a little south-west of Stockholm, the country's capital.

Local time in Huddinge is now 11:23 PM (Thursday). The local timezone is named Europe / Stockholm with an UTC offset of 2 hours. We know of 8 airports in the wider vicinity of Huddinge, of which one is a larger airport. The closest airport in Sweden is Stockholm-Bromma Airport in a distance of 8 mi (or 13 km), North. Besides the airports, there are other travel options available (check left side).

There are several Unesco world heritage sites nearby. The closest heritage site in Sweden is Skogskyrkogården in a distance of 5 mi (or 8 km), North-East. We found 7 points of interest in the vicinity of this place. If you need a place to sleep, we compiled a list of available hotels close to the map centre further down the page.

Depending on your travel schedule, you might want to pay a visit to some of the following locations: Solna, Sundbyberg, Stockholm, Tumba and Handen. To further explore this place, just scroll down and browse the available info. 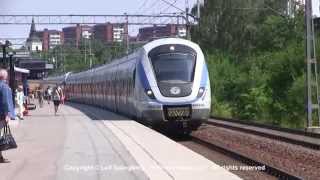 10 July 2014 Not a good day for videotaping trains as there was a major stop for all trains downtown in Stockholm, due to a breakdown in the electrical system. 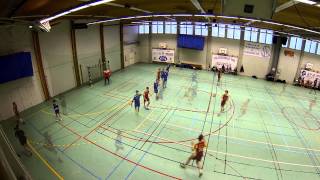 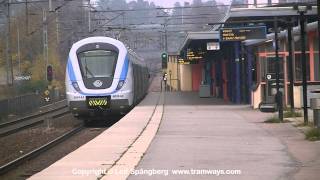 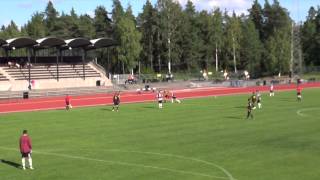 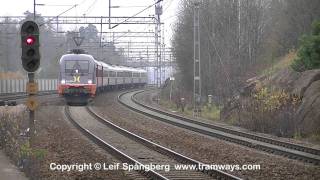 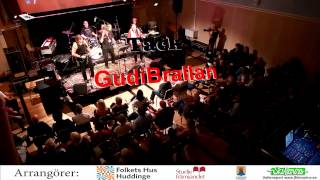 Södertörn University is a public university college (högskola) located in Flemingsberg, which is located in Huddinge Municipality, and the larger area called Södertörn, in Stockholm County, Sweden. In 2009, it had 6,300 full-time students. The campus area ("Universitetsområdet") in Flemingsberg hosts the main campus of SH, several departments of the Karolinska Institutet, and the School of Technology and health of the Royal Institute of Technology (KTH).

Hagsätra is a quarter in Söderort, the southern part of Stockholm Municipality, Sweden. It borders with the quarters of Älvsjö, Örby and Rågsved in Stockholm, as well as Stuvsta in neighboring Huddinge Municipality. Hagsätra covers an area of 420 acres (1.7 km² or 0.66 mi) and has a population of around 7,800. This area previously belonged to Älvsjö gård manor, but was incorporated into the city of Stockholm in 1930.

Långsjön (English: Long Lake) is a lake in southern Stockholm, Sweden. The lake is situated in an old residential neighbourhood located between the municipalities of Stockholm and Huddinge and most of the shoreline is private property. Water level is controlled by a sluice in the north-western end of the lake where the lake empties into Lake Mälaren through a system of dikes and culverts.

Trehörningen is a small lake located in the municipality Huddinge in southern Stockholm, Sweden. As part of the Tyresån lake system, Trehörningen receives water from Lake Gömmaren and supplies water to Lake Ågesta.

Flemingsbergsskogen Nature reserve is a nature reserve in Huddinge Municipality south of central Stockholm, Sweden. The reserve was created in 2006 and encompasses some 956 ha of land and 11 ha of water. It is composed of rocky upland areas with Pine forests and bogs, and nutrient-rich lowland areas with spruce and deciduous forests. On its eastern side it borders to the Orlången Nature Reserve.

Hagsätra metro station is on the green line of the Stockholm metro, located in Hagsätra, Söderort. It is the end station for line 19. The station was inaugurated on 1 December 1960. The distance to Slussen is 10 km.

Flemingsbergsviken is a lake of Södermanland, Sweden.

These districts belong to Huddinge.

These are districts that are close by, but belong to a different city than Huddinge.

These are some bigger and more relevant cities in the wider vivinity of Huddinge.