Berriozar
in Navarre of Navarre, Spain

Berriozar in Navarre (Navarre) with it's 8,199 inhabitants is located in Spain about 197 mi (or 317 km) north-east of Madrid, the country's capital.

Local time in Berriozar is now 03:19 PM (Tuesday). The local timezone is named Europe / Madrid with an UTC offset of 2 hours. We know of 10 airports in the wider vicinity of Berriozar, of which two are larger airports. The closest airport in Spain is Pamplona Airport in a distance of 4 mi (or 7 km), South. Besides the airports, there are other travel options available (check left side).

There are several Unesco world heritage sites nearby. The closest heritage site in Spain is San Millán Yuso and Suso Monasteries in a distance of 44 mi (or 71 km), South-East. If you need a place to sleep, we compiled a list of available hotels close to the map centre further down the page.

Depending on your travel schedule, you might want to pay a visit to some of the following locations: Pamplona, Sarriguren, Huarte-Uharte, Galar and Beriain. To further explore this place, just scroll down and browse the available info. 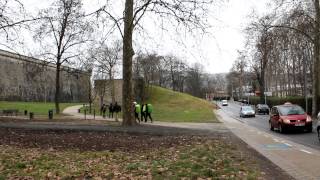 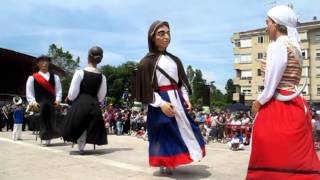 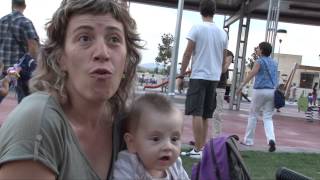 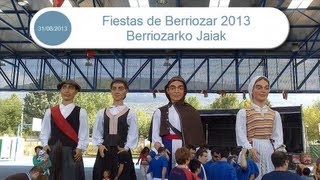 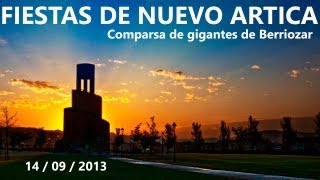 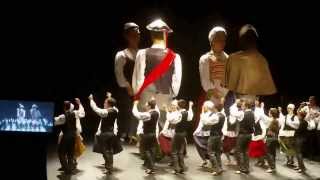 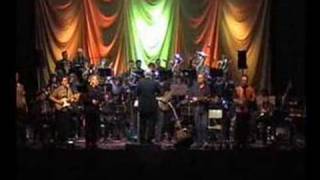 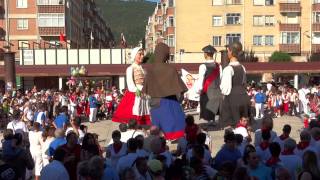 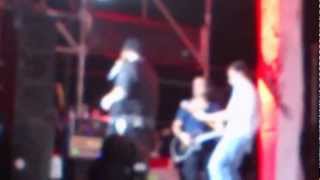 The Kingdom of Navarre (Basque: Nafarroako Erresuma, Spanish: Reino de Navarra, French: Royaume de Navarre, Latin: Regnum Navarrae), originally the Kingdom of Pamplona, was a European kingdom which occupied lands on either side of the Pyrenees alongside the Atlantic Ocean. The kingdom of Navarre was formed when local Basque leader Íñigo Arista was elected or declared King in Pamplona (traditionally in 824) and led a revolt against the regional Frankish authority.

Ansoain is a town and municipality located in the province and autonomous community of Navarra, northern Spain.

Barañáin (in Spanish) or Barañain (in Euskera) is a town and municipality located in the province and autonomous community of Navarre, northern Spain.

Berriozar is a town and municipality located in the province and autonomous community of Navarre, northern Spain.

Plaza de Toros de Pamplona is a bullring in Pamplona, Spain. It is currently used for bull fighting. The stadium holds 19,529 people. It was built in 1922. It is the ending point of the famous Running of the bulls during the festival of San Fermín.

The Fort Alfonso XII or San Cristóbal is a fort located on the top of the mount San Cristóbal (892,8 m above sea level), 4 km from Pamplona, Spain. It was built after the Carlist War of 1872-1876 because Carlists succeeded to reach Pamplona -controlled by the liberal Government- with their artillery from this and other mountains surrounding Pamplona from the north.

The Cathedral of Royal Saint Mary is the Roman Catholic cathedral of the archdiocese of Pamplona, Spain. The current 15th century Gothic temple replaced an older Romanesque one. Archaeological excavations have revealed the existence of other two previous churches. The Neoclassical façade was designed by Ventura Rodríguez in 1783. It has a 13th-14th century Gothic cloister, that gives access to two other Gothic rooms: the Barbazan chapel and the refectory.

San Nicolás is a historical church in Pamplona, Spain. It was built in the 12th century not only with religious functions, but also as a defensive bastion of the quarter during the strife with the neighbouring ones of St. Saturnino and Navarrería. The military role is evident in the watch tower. In 1222 the original Romanesque church was destroyed by a fire, and was replaced by a new building, consecrated in 1231. The interior is in Gothic style, from different phases.

These are some bigger and more relevant cities in the wider vivinity of Berriozar.

This place is known by different names. Here the ones we know:
Berriozar