Sulţānah in Al Madīnah al Munawwarah with it's 946,697 inhabitants is located in Saudi Arabia about 448 mi (or 722 km) west of Riyadh, the country's capital.

Local time in Sulţānah is now 12:52 PM (Monday). The local timezone is named Asia / Riyadh with an UTC offset of 3 hours. We know of 3 airports in the wider vicinity of Sulţānah, of which one is a larger airport. The closest airport in Saudi Arabia is Prince Mohammad Bin Abdulaziz Airport in a distance of 9 mi (or 14 km), North-East. Besides the airports, there are other travel options available (check left side).

Depending on your travel schedule, you might want to pay a visit to some of the following locations: Medina, Mecca, Ha'il, Tabuk and . To further explore this place, just scroll down and browse the available info. 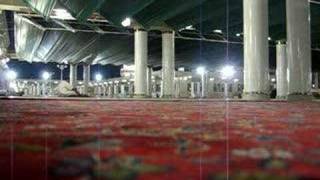 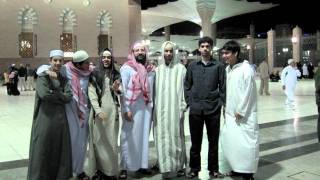 Link To Umrah Trip - Part 2 http://www.youtube.com/watch?v=Ktws73NRNnk With the permission of Allah and support of the school, community. Students from the 2011 graduating class were able... 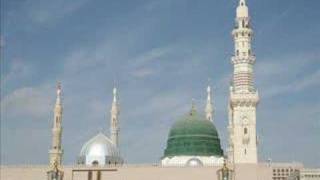 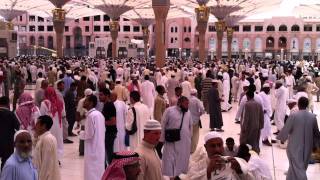 After Jumma Salah at Al-Masjid al-Nabawi in Medina

After Jumma Salah at Al-Masjid al-Nabawi in Medina. 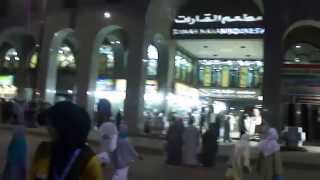 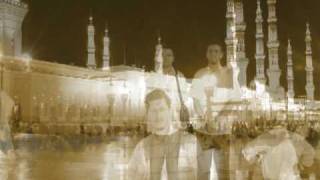 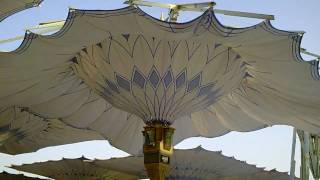 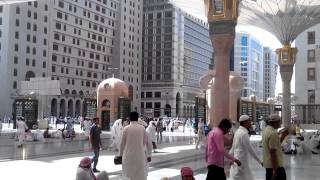 Water Fans in Masjid Nabwi Madina (Medina) City. These fans are utilized to cool the atmosphere in the Prophet's Mosque. 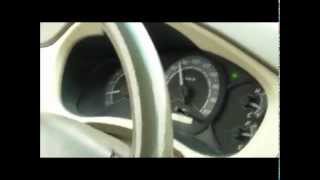 Around 45-50 Kilometers from Medina is a Wadi known as Wadi e al Baida or Wadi e Jinn. In this Wadi your car will Move without any Driver. If you enter the Wadi and you switch off your Engine... 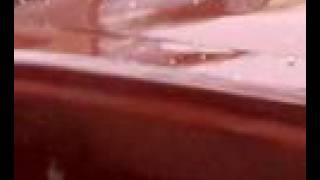 a rare event in the Holy City of Madinah, the temperature at the time of the Hailstorm was 35 Degree Celsius. First it was only rain, after sometime it changed into hail..again into rain again...

Maqbaratu l-Baqī' is a cemetery in Medina, Saudi Arabia, located to the southeast of the Masjid al-Nabawi. The mosque is built where the Islamic prophet Muhammad used to live, and is currently buried. The cemetery therefore holds much significance. It contains many of Muhammad's relatives and companions. Many traditions relate Muhammad issuing a prayer every time he passed it.

Mount Uhud is a mountain in north of Medina. It is 1,077 m high. It was the site of the second battle between Muslim and Meccan forces. The Battle of Uhud was fought on 19 March, 625, between a force from the small Muslim community of Medina, in what is now north-western Arabia, and a force from Mecca.

Masjid al-Qiblatain (المسجد القبلتین) (Mosque of the two Qiblas) is a mosque in Medina that is historically important for Muslims as the place where the Islamic prophet Muhammad, leading the prayer, is said to have been commanded to change the direction of prayer from Jerusalem to Mecca. Thus it uniquely contained two prayer niches. Recently the mosque was renovated; the old prayer niche facing Jerusalem was removed, and the one facing Mecca was left.

The Green Dome is a green-colored dome built above the tomb of the Islamic prophet Muhammad and early Muslim leaders, Abu Bakr and Umar. The dome is located in the south-east corner of Al-Masjid al-Nabawi (Mosque of the Prophet) in Medina, Saudi Arabia. The structure dates back to 1279 AD, when a colorless wooden cupola was built over the tomb. It was later rebuilt and painted using different colors twice in the late 15th century and once in 1817.

The Hejaz Railway Museum in Medina is a railway museum that opened in 2006. It is on the grounds of the restored historic Ottoman railway station at Medina, locally called "Istasyun", including a stretch of the historic track and a train shed with originally four tracks. There are several engines and pieces of rolling stock on display, some of which has been transported to the museum from other places along the historic Hejaz railway line.

These are some bigger and more relevant cities in the wider vivinity of Sulţānah.

This place is known by different names. Here the ones we know:
Sulţānah