Hel in Powiat pucki (Województwo Pomorskie) with it's 4,136 inhabitants is located in Poland about 188 mi (or 302 km) north-west of Warsaw, the country's capital.

Local time in Hel is now 09:21 PM (Saturday). The local timezone is named Europe / Warsaw with an UTC offset of one hour. We know of 9 airports in the wider vicinity of Hel, of which two are larger airports. The closest airport in Poland is Gdańsk Lech Wałęsa Airport in a distance of 21 mi (or 34 km), South-West. Besides the airports, there are other travel options available (check left side).

There are two Unesco world heritage sites nearby. The closest heritage site in Poland is Castle of the Teutonic Order in Malbork in a distance of 40 mi (or 65 km), South. If you need a place to sleep, we compiled a list of available hotels close to the map centre further down the page.

Depending on your travel schedule, you might want to pay a visit to some of the following locations: Jastarnia, Gdansk, Kosakowo, Pruszcz Gdanski and Suchy Dab. To further explore this place, just scroll down and browse the available info. 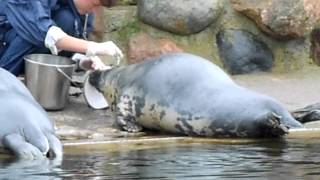 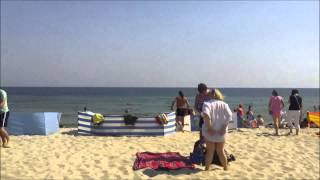 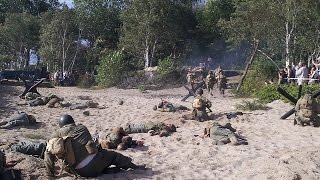 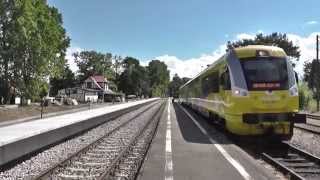 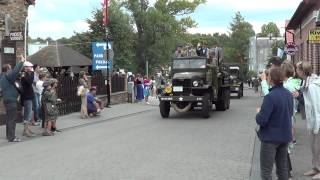 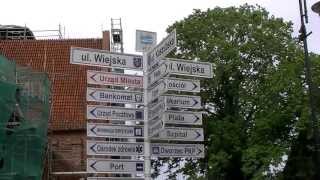 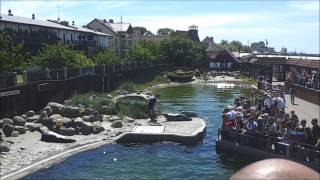 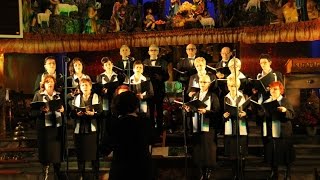 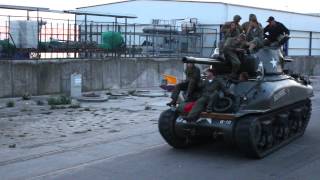 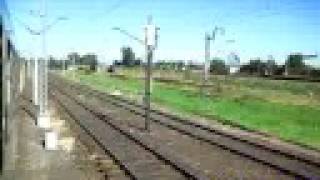 Zapis podróży pociągiem i rowerem na trasie Gdynia Główna - Władysławowo - Hel A little recording of a weekend trip by a train and a bicycle. Departure from Gdynia, arrival to Wladyslawow...

Hel Peninsula is a 35-km-long sand bar peninsula in northern Poland separating the Bay of Puck from the open Baltic Sea. It is located in Puck County of the Pomeranian Voivodeship.

For other meanings, see also the disambiguation page Hela.

Bór is a former PKP railway station in Hel, Poland. The station was used for military base service.

This lighthouse is located in the town of Hel, Pomeranian Voivodeship in Poland. It is at the eastern tip of the Hel peninsula and guides ship traffic into Gdańsk Bay and the Bay of Puck.

The Hel Fortified Area (Polish: Rejon Umocniony Hel) was a set of Polish fortifications, constructed on the Hel Peninsula in northern Poland, in close proximity to the interwar border of Poland and the Third Reich. It was created in 1936, upon a decree of President Ignacy Moscicki. It covered most part of the peninsula, and during Polish September Campaign, it was the last place of Poland to surrender to the invading Wehrmacht (for more information, see Battle of Hel).

The Seal Sanctuary in Hel (Fokarium w Helu) is a public aquarium in the town of Hel at the Polish seaside of the Baltic Sea.

These are some bigger and more relevant cities in the wider vivinity of Hel.