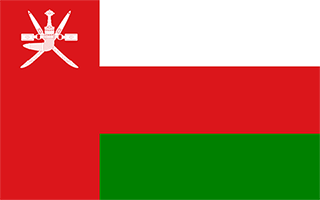 Safety Score: 3,8 of 5.0 based on data from 9 authorites. Meaning please reconsider your need to travel to Oman.

Dārsayt in Muḩāfaz̧at Masqaţ is located in Oman a little east of Muscat, the country's capital.

Local time in Dārsayt is now 02:22 PM (Friday). The local timezone is named Asia / Muscat with an UTC offset of 4 hours. We know of 5 airports in the wider vicinity of Dārsayt, of which one is a larger airport. The closest airport in Oman is Muscat International Airport in a distance of 16 mi (or 26 km), West. Besides the airports, there are other travel options available (check left side).

There are two Unesco world heritage sites nearby. The closest heritage site in Oman is Aflaj Irrigation Systems of Oman in a distance of 77 mi (or 124 km), South-West. If you need a place to sleep, we compiled a list of available hotels close to the map centre further down the page.

Depending on your travel schedule, you might want to pay a visit to some of the following locations: Muscat, Ibra', Nizwa, Sur and Sohar. To further explore this place, just scroll down and browse the available info. 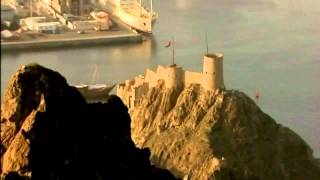 Muscat is the capital of Oman. Muscat was ruled by various indigenous tribes as well as foreign powers such as the Persians and the Portuguese Empire at various points in its history. A regional... 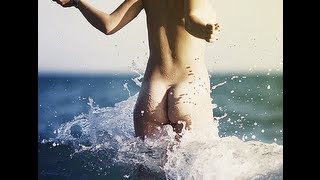 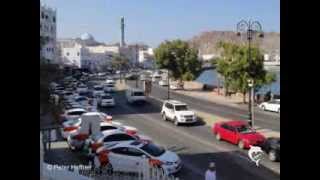 Sightseeing Trip: From Muscat in Oman to the Barr Al Jissah Resort

From Muscat, Oman to the Barr Al Jissah Resort. 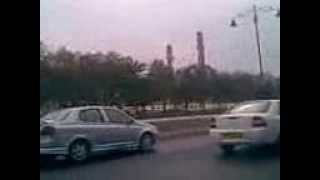 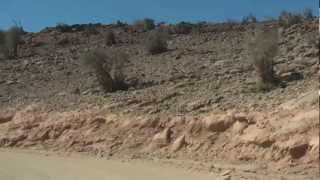 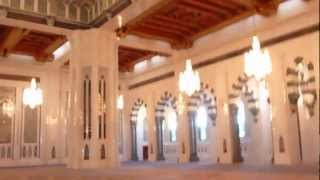 Great Mosque in Muscat | Oman Great Mosque 1001 Adventure Trips | Follow our YouTube Channel and our Travel Blog at: http://1001adventuretrips.wordpress.com/ More about our Trips and ... 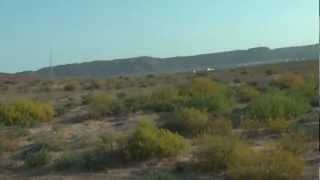 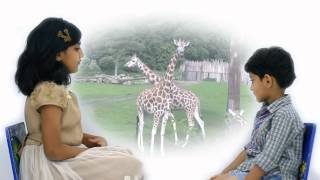 رحلة إلى حديقة الحيوانات - A trip to the zoo

Muttrah, population 150,000 (2003), is a city located in the Muscat province of Oman. Before the discovery of oil, Muttrah was the center of commerce in Oman. It is still a center of commerce as one of largest sea ports of the region is located there. Other landmarks include Souq Muttrah, a traditional bazaar and Sour Al-Lawatiah, a small community of houses surrounded by an old wall. Muttrah is also a map in a popular Battlefield 2 mod, Project Reality.

Ruwi is commercial hub and the main business district of Muscat, Sultanate of Oman. It's located around 5 km from the main residential localities of Al-Khuwair, Madinat Al Sultan Qaboos, Shati Al-Qurm and Al-Qurm. One of the oldest parts of Muscat Ruwi was known for its narrow streets and old buildings some of which were demolished in the 1970s to build commercial structures.

The Central Bank of Oman was established in December 1974 and began operations on 1 April 1975. It replaced the Oman Currency Board as the principal currency authority in Oman. The Central Bank of Oman is responsible for maintaining the stability of the national currency the Omani Rial and ensuring monetary and financial stability in a deregulated and open financial system.

Muscat is a governorate (region) of the Sultanate of Oman. Its largest city is Muscat. The governorate of Muscat is sometimes referred to as Masqat to differentiate it from the city.

Indian School Darsait is an Indian Community School in Muscat under the supervision of the Indian Embassy in Oman. This school is affiliated to Central Board of Secondary Education Of India. It is located at Darsait, Muscat, in the Sultanate of Oman. The school is located on two plots of land measuring 5000 sq m each, in two buildings one each for Primary and Secondary / Higher Secondary.

Fort Al Jalali, anciently named Fort of São João by the Portuguese, is a fort in the city of Muscat, Oman. It was attacked by the Ottomans during the Capture of Muscat (1552) against the Portuguese.

Ministry of Commerce and Industry (Oman)

The Ministry of Commerce and Industry is the governmental body in the Sultanate of Oman responsible for regulating commerce and industries.

The Ministry of Education (MOE) is the governmental body in the Sultanate of Oman responsible for the educational system preceding university education (which is supervised by the Ministry of Higher Education).

These are some bigger and more relevant cities in the wider vivinity of Dārsayt.

These are the most popular locations in Oman on Tripmondo.