Fendalton in Christchurch City (Canterbury) is a city located in New Zealand about 190 mi (or 306 km) south-west of Wellington, the country's capital town.

Current time in Fendalton is now 07:13 PM (Friday). The local timezone is named Pacific / Auckland with an UTC offset of 12 hours. We know of 9 airports closer to Fendalton, of which two are larger airports. The closest airport in New Zealand is Christchurch International Airport in a distance of 4 mi (or 6 km), North-West. Besides the airports, there are other travel options available (check left side).

Since you are here already, you might want to pay a visit to some of the following locations: Christchurch, Greymouth, Richmond, Nelson and Blenheim. To further explore this place, just scroll down and browse the available info.

Chateau on the Park - Christchurch a DoubleTree by Hilton

The Towers on the Park 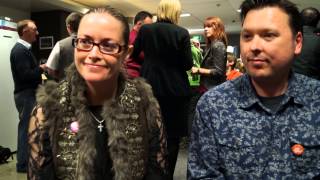 Steven and Julie explain why they left a nice house and great jobs to travel across the world to Christchurch. 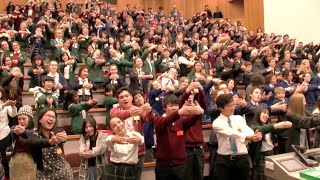 A total of over 270 Japanese learners and teachers in wider Christchurch, New Zealand participated in this project. Huge thanks to you all, and special thanks to the editors, Tania and Blake.... 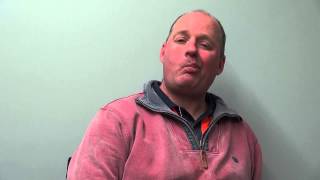 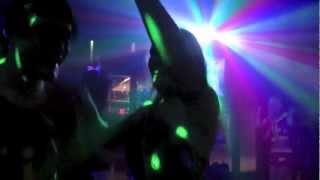 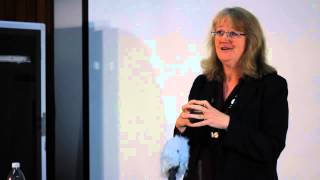 From The Ground Up - Dr Susan Krumdieck

Oh it's just some kapa haka performance by for the Poowhiri ceremony of the the Canterbury Uni games lasy year.. I forgot the name of group that performed... but I think its NGA MANU A TANE... 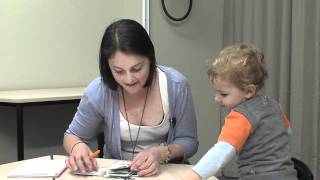 Natasha Tweedie talks about being a student in the Bachelor of Speech and Language Therapy programme at the University of Canterbury in Christchurch, New Zealand. For information about ... 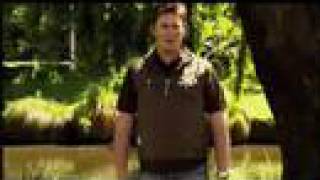 Investigating Geogrphy at the University of Canterbury. 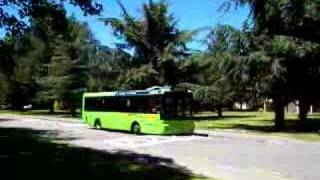 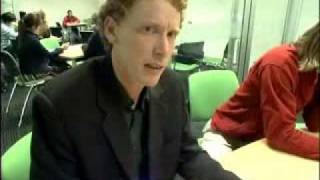 Welcome to the Learning Skills Centre

A day in the life of the University of Canterbury's Learning Skills Centre, in Christchurch, New Zealand: meet the LSC team, and find out how we can help you succeed academically at UC. ...

Cobham Intermediate School is a state intermediate school in North West Christchurch, New Zealand. Cobham was originally named Fendalton Intermediate but that caused confusion between Fendalton Open Air Primary School so the governor-general of New Zealand, Viscount Cobham, allowed Cobham to use his name. At the end of term 1 in 2011 long running principal Trevor Beaton left Cobham Intermediate to retire. Scott Thelning from Mt. Pleasant School took over as principal in Term 3 2011.

Fendalton Open Air School is a primary school in Christchurch, New Zealand known for its open-air classrooms. Fendalton Primary School was established in 1875, continuing to provide education for primary school children in Fendalton for over 125 years. As of 2007, the school has 520 students, and the principal is Paul Sibson. In 2002 and 2003, it was runner up in the Goodman Fielder School of the Year Awards.

Christchurch Boys' High School is a single sex state secondary school in Christchurch, New Zealand. It is situated on a 12 hectare site between the suburbs of Riccarton and Fendalton, 4 kilometres to the west of central Christchurch. The school also provides boarding facilities for 130 boys, in a newly refurbished residence called Adams House, located about 500 metres to the east. The schools colours are deep blue and black with an occasional flash of gold.

Westfield Riccarton, (also known by its former name Riccarton Mall), is a large retail complex located in the Christchurch, New Zealand suburb of Riccarton. First opened in 1965, it is Christchurch's oldest shopping mall. Riccarton Mall was extensively remodeled around 1994-1995 with most stores relocating to new premises within the mall, Farmers is one of the few stores to remain in its original location. The remodel introduced a food court into the mall and a new rooftop car park.

Medbury School in Christchurch, New Zealand is an independent school for boys between Years 1 to 8 (ages 5 to 13).

Aorangi School was located in the suburb of Bryndwr in Christchurch, Canterbury, New Zealand. The school was closed by the government on 27 January 2010. About 40 of the former Aorangi School students transferred to Burnside Primary School. The last principal was Stephanie Thompson. The school's roll before closure was 87. The current Prime Minister John Key was a former student at Aorangi.

The School of Fine Arts at the University of Canterbury was founded in 1882 as the Canterbury College School of Art. The school became a full department of the university in the 1950s, and was the first department to move to the suburban Ilam site in 1957, in the Okeover Homestead. Art history was included in 1974, and the Bachelor of Fine Arts degree was introduced in 1982.

Mona Vale, with its homestead formerly known as Karewa, is a public park of 4 ha in the Christchurch suburb of Fendalton. The homestead and gate house are both listed as heritage buildings with the New Zealand Historic Places Trust (NZHPT). The fernery and the rose garden, and pavilion with the setting of the park along the Avon River, add to the attractiveness of the property. It is one of the major tourist attractions of Christchurch.

Daresbury, earlier known as Daresbury Rookery is one of the finest grand houses in Christchurch, New Zealand. Designed in the English Domestic Revival style, it is one of the best designs of Samuel Hurst Seager.

Located at -43.5217, 172.605 (Lat. / Lng.), about 0 miles away.
Wikipedia Article
NZHPT Category I listings in the Canterbury Region, Houses completed in 1901, Buildings and structures in Christchurch

These are some bigger and more relevant cities in the wider vivinity of Fendalton.