Cape Runaway in Opotiki District (Bay of Plenty) is located in New Zealand about 310 mi (or 498 km) north-east of Wellington, the country's capital.

Local time in Cape Runaway is now 10:42 PM (Thursday). The local timezone is named Pacific / Auckland with an UTC offset of 13 hours. We know of 8 airports in the wider vicinity of Cape Runaway. The closest airport in New Zealand is Whakatane Airport in a distance of 65 mi (or 105 km), South-West. Besides the airports, there are other travel options available (check left side).

Depending on your travel schedule, you might want to pay a visit to some of the following locations: Opotiki, Gisborne, Whakatane, Tauranga and Rotorua. To further explore this place, just scroll down and browse the available info. 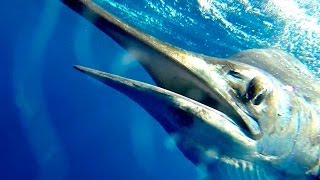 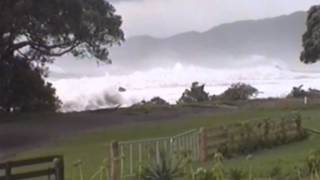 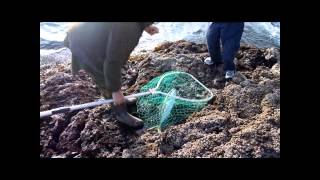 We had an excellent few hours catching snapper and blue cod. We kept smaller size snapper and returned larger ones as we were only after a feed. Big ones don't taste as good and are the... 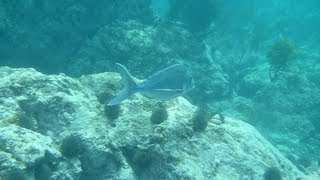 From our dives this Easter holidays.

Cape Runaway is the eastern extremity of the Bay of Plenty in New Zealand's North Island. It is located 90 kilometres northeast off Whakatane and 50 kilometres west of East Cape. The name Cape Runaway was bestowed by English mariner James Cook during his first voyage of discovery in 1769. It was so named after Māori in canoes who had approached Cooks' ship Endeavour in a hostile manner scurried off after a cannon shot was fired.

The Whangaparaoa River is a river of the Gisborne Region of New Zealand's North Island. It flows northwest from the Raukumara Range to reach the Whangaparaoa Bay, an indentation in the far east of the Bay of plenty, five kilometres south of Cape Runaway.

These are some bigger and more relevant cities in the wider vivinity of Cape Runaway.