Amersfoort in Gemeente Amersfoort (Provincie Utrecht) with it's 139,914 inhabitants is a city in Netherlands about 26 mi (or 42 km) south-east of Amsterdam, the country's capital.

Local time in Amersfoort is now 12:19 PM (Saturday). The local timezone is named Europe / Amsterdam with an UTC offset of 2 hours. We know of 9 airports in the vicinity of Amersfoort, of which 4 are larger airports. The closest airport in Netherlands is Lelystad Airport in a distance of 22 mi (or 35 km), North. Besides the airports, there are other travel options available (check left side).

There are several Unesco world heritage sites nearby. The closest heritage site in Netherlands is Rietveld Schröderhuis (Rietveld Schröder House) in a distance of 11 mi (or 18 km), South-West. We found 5 points of interest in the vicinity of this place. If you need a place to sleep, we compiled a list of available hotels close to the map centre further down the page.

Depending on your travel schedule, you might want to pay a visit to some of the following locations: Utrecht, Lelystad, 's-Hertogenbosch, Amsterdam and Arnhem. To further explore this place, just scroll down and browse the available info. 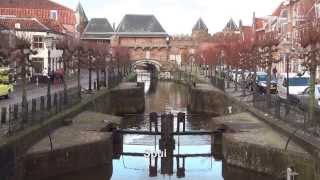 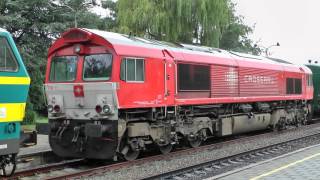 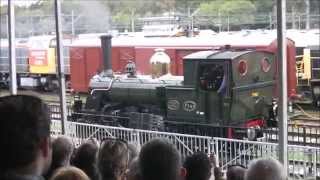 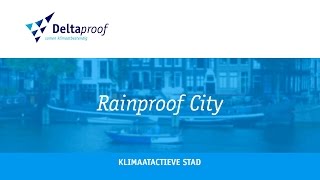 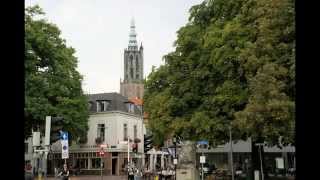 Amersfoort is a municipality and the second largest city of the province of Utrecht in central Netherlands. The city is growing quickly but has a well-preserved and protected medieval centre.... 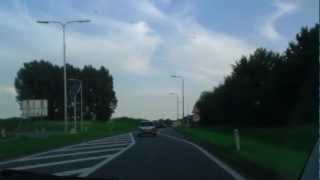 On december the 14th the Blues Foundation Amersfoort organized a bluesgig in theatre Borra in the city of Amersfoort, The Netherlands. De performing bluesrockband was Bradsnyder. They had a...

Geography of the Netherlands

The geography of the European part of Netherlands is in that much of its land has been reclaimed from the sea and is below sea level, protected by dikes. Another factor that has influenced its physical appearance is that the country is among the most densely populated on Earth. It is ranked 15th overall on that scale, but is behind only three countries having a population over 10 million. Consequently, the Netherlands is highly urbanised.

The Koppelpoort is a medieval gate in the Dutch town Amersfoort. Completed around 1425, the gate combines land- and water-gates, and is part of the second city wall of Amersfoort, which was constructed between 1380 and 1450.

The Dutch Cavalry Museum is located in the centre of The Netherlands in the city of Amersfoort. The museum is hosted in two large buildings at the Bernhardkazerne army barracks. The collection contains small objects, like uniforms, firearms, silver, paintings, scale models, etc. , and larger objects, like vehicles, armoured cars, tanks and related equipment, that were or still are in use with the cavalry of the Royal Dutch Army.

Located at 52.147, 5.353 (Lat. / Lng.), about 2 miles away.
Wikipedia Article
Military and war museums in the Netherlands, Museums in Amersfoort, Army museums

The Mondriaan House is a museum in Amersfoort, the Netherlands, in the house where Piet Mondriaan was born in 1872. The museum lies in the historical centre of Amersfoort. The building of the Christian primary school, where the father of Mondriaan was headmaster, has also been incorporated in the museum building. In 1994, the house and the school were opened as a library and documentation centre.

Museum Flehite is the historical museum of Amersfoort and Eemland in the Netherlands. The museum was founded in 1880 by the "Oudheidkundige Vereniging Flehite" (Archeological Association Flehite) (1878). In 1890, the museum moved to the first of the current three-part building on the Breestraat (Breestreet). Since 1976, the museum has been managed by a separate organization.

The Heiligenberg is an estate near the Dutch town of Leusden. The estate is located on a 12 meter high hill, the "Heiligenberg" (Holy Mountain), which dates from the last ice age, about 10,000 years ago. On this hill, then known as Hohorst, bishop Ansfridus of Utrecht founded a small abbey around the year 1000. The abbey was moved to the city of Utrecht around 1030, but the Heiligenberg remained in their possession until 1592. In 1637, the house became an estate.

Mariënhof was a restaurant located in Amersfoort, in the Netherlands. It was a fine dining restaurant that was awarded one Michelin star in the period 1996-2001. Head chef of Mariënhof was Jon Sistermans. The restaurant ended due to the transfer of ownership of the former monastery from insurance company "Amersfoortse Verzekeringen" to the "Van den Tweel Horeca Groep". The new owners changed course and wanted the restaurant to leave the fine dining and move into a lower class.

De Saffraan is a restaurant located in Amersfoort in the Netherlands. It is a fine dining restaurant that was awarded one Michelin star in the period 2010–present. GaultMillau awarded the restaurant 15 out of 20 points. Owner and head chef of De Saffraan is Kars van Wechem. The restaurant is located in a 100 year old clipper named "Hoop op Welvaart", which is moored at at quay of Kleine Koppel in Amersfoort. The clipper is completely renovated and adjusted to its role as restaurant.

These districts belong to Amersfoort.

These are some bigger and more relevant cities in the wider vivinity of Amersfoort.

Musica Mundo Festival - Rhythms Of The World In Amersfoort
Starting at: 02:00 am (02:00).
More Information: eventful.com.

This place is known by different names. Here the ones we know:
Amersfoort, Amersforto, QYM, Амерсфорт